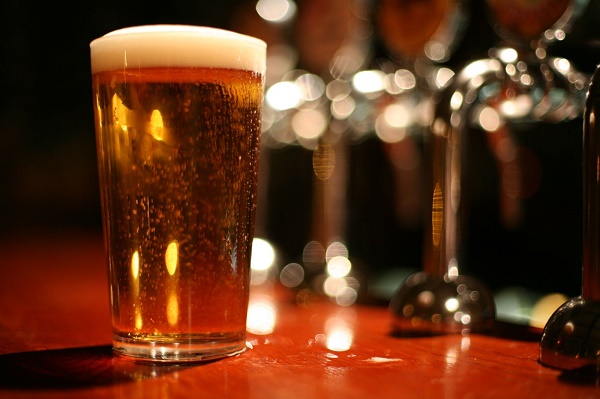 Deputy Joe McHugh has urged the country’s publicans to capitalise on the growth in tourism.

In an address to the Vintners’ Federation of Ireland annual conference in Letterkenny, Mr McHugh heralded the new confidence and €400million nationwide increase in spending in the sector in 2017.

The Vintners’ Federation of Ireland, which represents about 4,000 of the country’s publicans outside of Dublin, held its annual conference in the Mount Errigal Hotel.

Mr McHugh said: “In this part of the world tourism and hospitality chiefs are no longer focused purely on a summer tourist season.

“We might not always have the weather but we have the welcome and as any publican worth their salt knows that is a magic ingredient.

“The latest tourism figures for 2017 will confirm that just shy of 10million people came to Ireland from overseas during last year and they spent a staggering €4.9 billion.

“We now have 169,200 people employed in the hospitality trade.

“Publicans are already playing a vital role in providing tourists, from at home and abroad, with an authentic experience. It is that unique characteristic of the Irish pub that we need to keep selling, a snapshot of our souls.”

Deputy McHugh urged the Vintners’ Federation of Ireland to start talking strategy and to capitalise on the tourist trails that visitors to these shores are creating and consuming in their droves.

“We have growing numbers of cyclists and walkers from across Europe. We have tour groups starting their Game of Thrones experience by flying into Belfast. Right here on our doorstep we have the awesome scenery of Malin Head and Fanad, the dizzying heights of Slieve League and tens of thousands of cruise ship passengers coming into Killybegs and Galway.

“There are new markets for publicans to tap into. Let’s serve it up to them.”

Mr McHugh, Minister for the Irish language, Gaeltacht and the Islands, paid tribute to the VFI for choosing to host their annual conference in Letterkenny.

“You are in the heart of the North West City Region. This part of the country is intrinsically linked with Derry and Strabane – economically and emotionally,” the minister.

“This Government is determined to protect it and to build on it.

“The decision to pick a border county in the midst of Brexit is a clear indication that the members of the VFI understand how vitally important this issue is not only for this region but for the entire economy, all our citizens and the future of the island.”