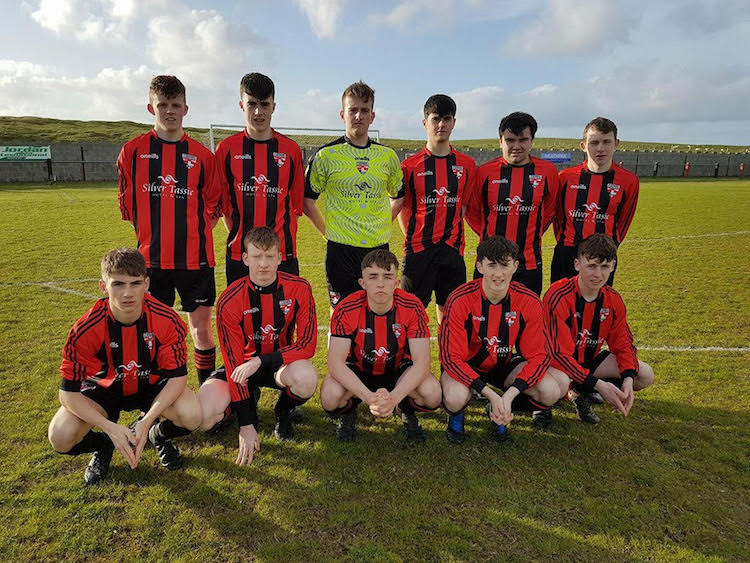 Donegal Youth League Champions Fanad United got their Ulster Youth Cup campaign off to a fine start with a 4-0 victory over holders Buncrana Hearts Youths at Traigh-a-Loch on Tuesday evening.

Buncrana had the first chance of the game 3 minutes in when Ben Bradley broke forward from midfield and his shot from 20 yards went just the wrong side of the post.

Fanad however took the lead after 10 minutes. Bernard McGettigan capitalised on a mix up between keeper and defender to slot home from close range.

Two minutes after that John Timlin struck a free kick from out on the right for Buncrana that hit the crossbar.

Ten minutes before the break Ben Bradley struck a decent effort from the edge of the box just wide.

The second half started at a frantic pace with both sides playing decent attacking football.

On the hour mark Bernard McGettigan and Conor Coll showed great persistence to win possession and when the ball fell to Ciaran Coyle he fired over the bar. 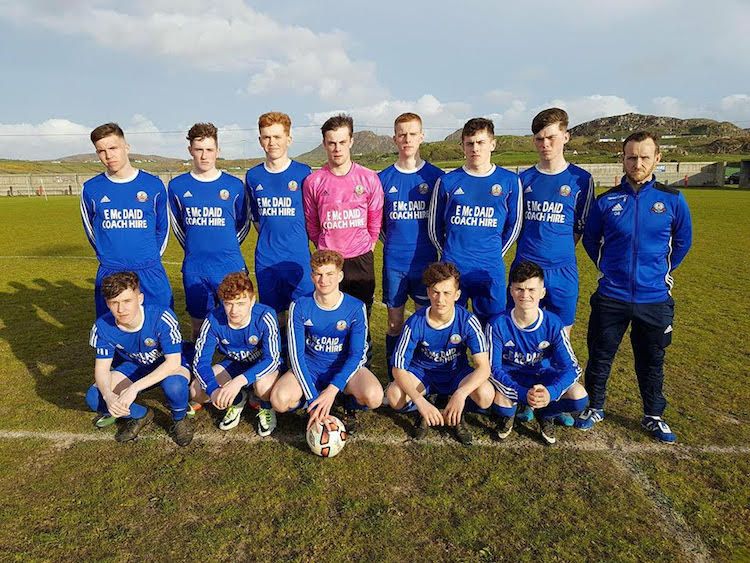 With 15 minutes remaining Fanad extended their lead. When Paul Bradley swung in a free from the right it was spilled by keeper Cathal McNutt and Fergus Friel pounced to score.

Five minutes from time Shaun Kerr pulled the ball back to the edge of the box where Paul Bradley was waiting to fire home a right footed shot into the corner.

With time almost up Conor Coll won the ball 20 yards out and hit a fine shot into the corner.