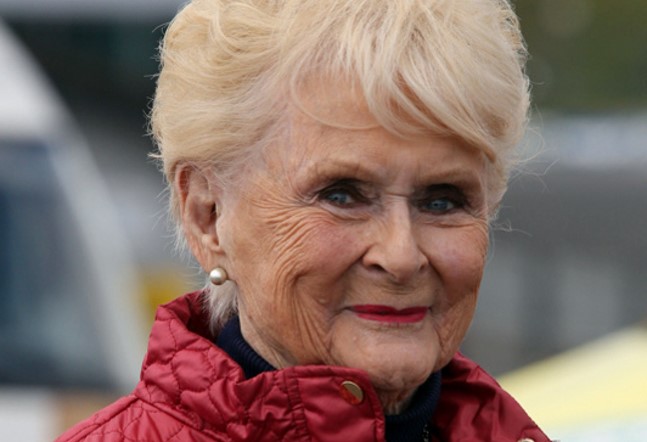 The crowds gathered at a good spot near Laghy outside Donegal Town to watch the Circuit of Ireland as it came through Co. Donegal on its way around Ireland. It was the dark evenings around Easter and the sparks where flying as the rally cars landed over the bumps on the country roads.

In the middle of the action a spectator made a dash into his home which was along the rally stage.

He was rooting about the place looking for a torch.

“Rosemary Smith is in our garden”, was the reply.

“Well, will you go out and tell that Rosemary Smith that no one is allowed in our garden.”

What his mother didn’t realise Smith was one of the top competitors and was not only in their garden but her car and navigator had also jumped over their hedge and ended up in the purdy drills. 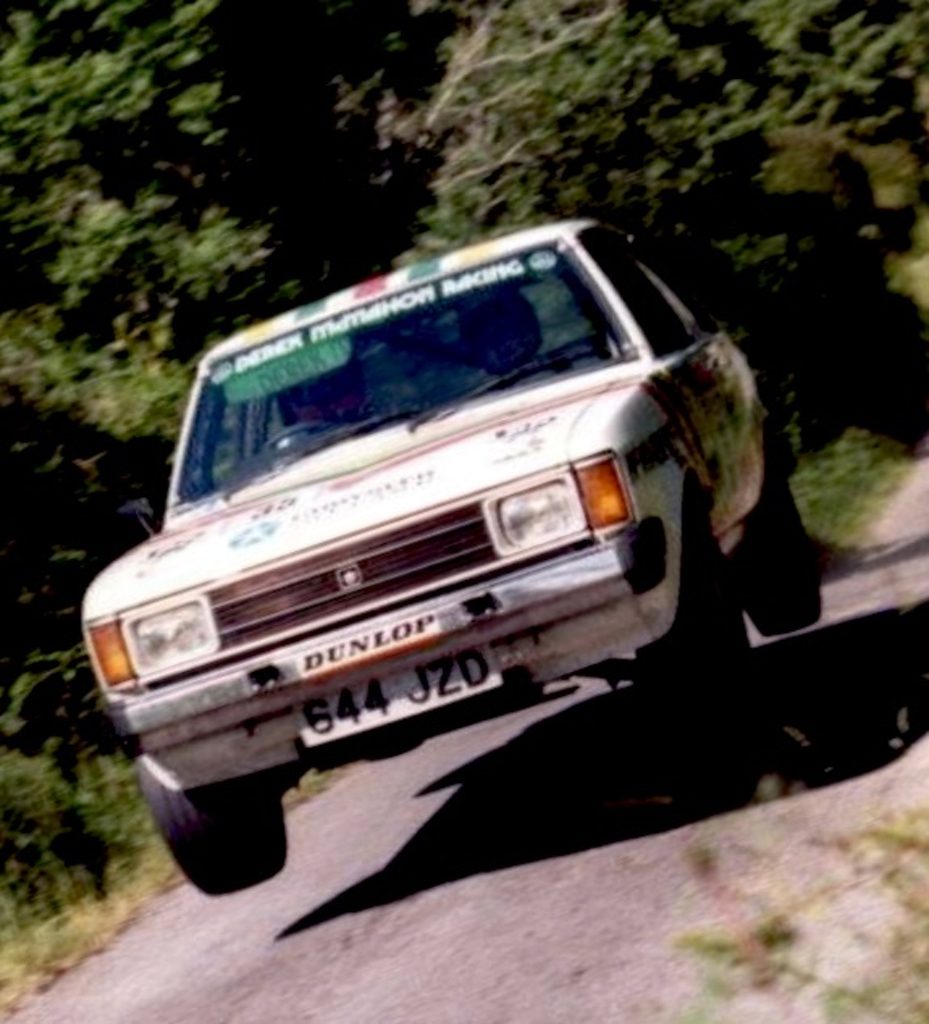 Rosemary Smith dangling the Dunlops in Donegal as she flies high on the Donegal International Rally in her Sumbeam in the 80’s sponsored by Milford’s Derek Mc Mahon.

On Sunday evening I captured an elegant glance from that same Rosemary Smith some 50 odd years on as she made her way through the pit lane of Mondelo Park where she was a special guest. One of her Sunbeam Rally cars was also there that once was sponsored by the late Derek Mc Mahon Racing from Milford 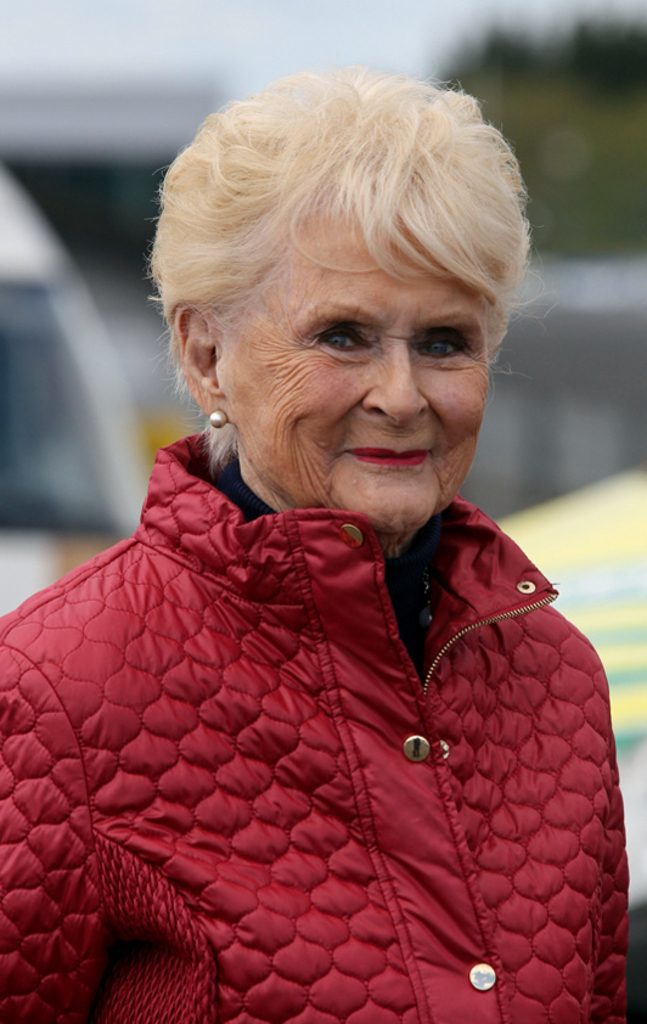 A smiles from one of Ireland’s most famous rally drivers Rosemary Smith who was special guest at Mondelo Park last Sunday. Photo Brian McDaid

Dublin, Smith trained as a dress designer but turned her skills to rally driving. She was an outright winner on the Tulip and Cork 20 in 1965 and 69 respectively and winner of nearly every ladies award going including a win on the Monte Carlo Rally in 1966 in a Hilman Imp, so you can only imagine how impressed the young rally fan from Laghy was that night when one of his rallying icons decided to park her works rally car in among the scallions and lettuce. 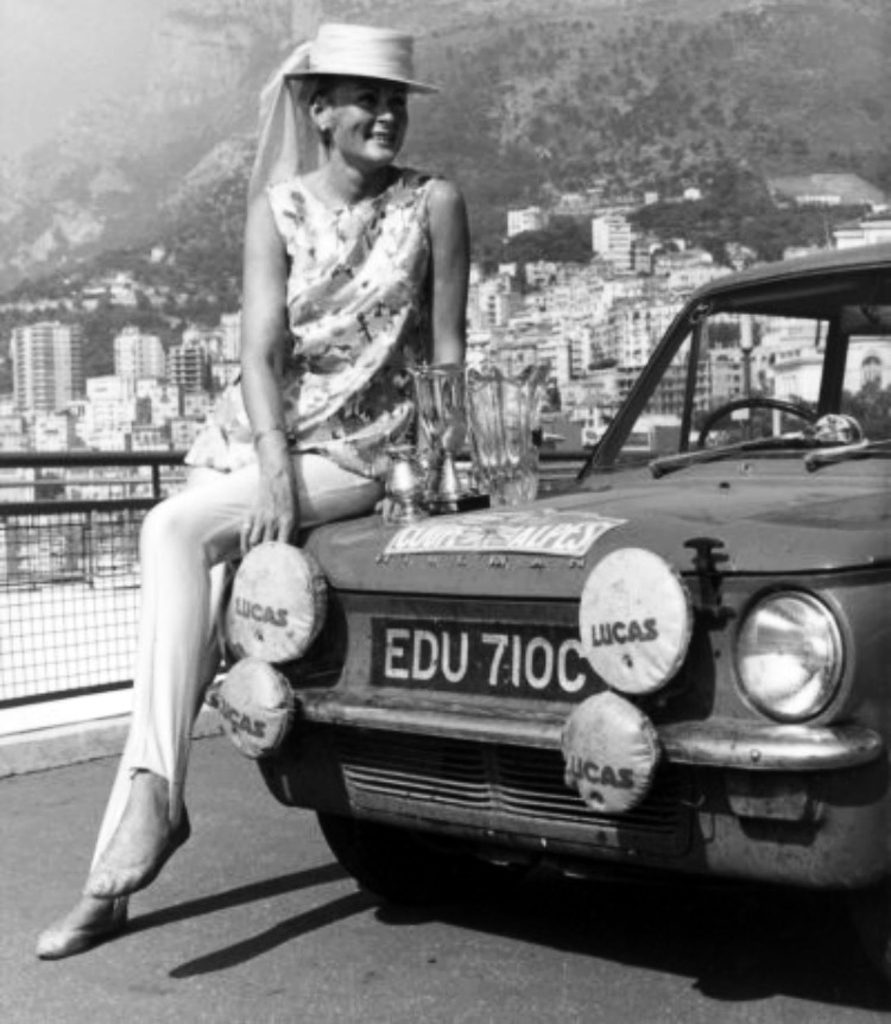 Needless to say I was too young to watch the Circuit of Ireland in ’68, (only just) but have lived on fireside stories of rallying like this all my life, and I thought better not to try an interview Smith on Sunday last in Mondelo park about her gardening trip in Donegal all them years ago.

Mondelo were not alone celebrating 50 years last Sunday on the road but they were also trying to fundraise for their governing body Motorsport Ireland to try and meet the ever-increasing bill for insurance to run events. 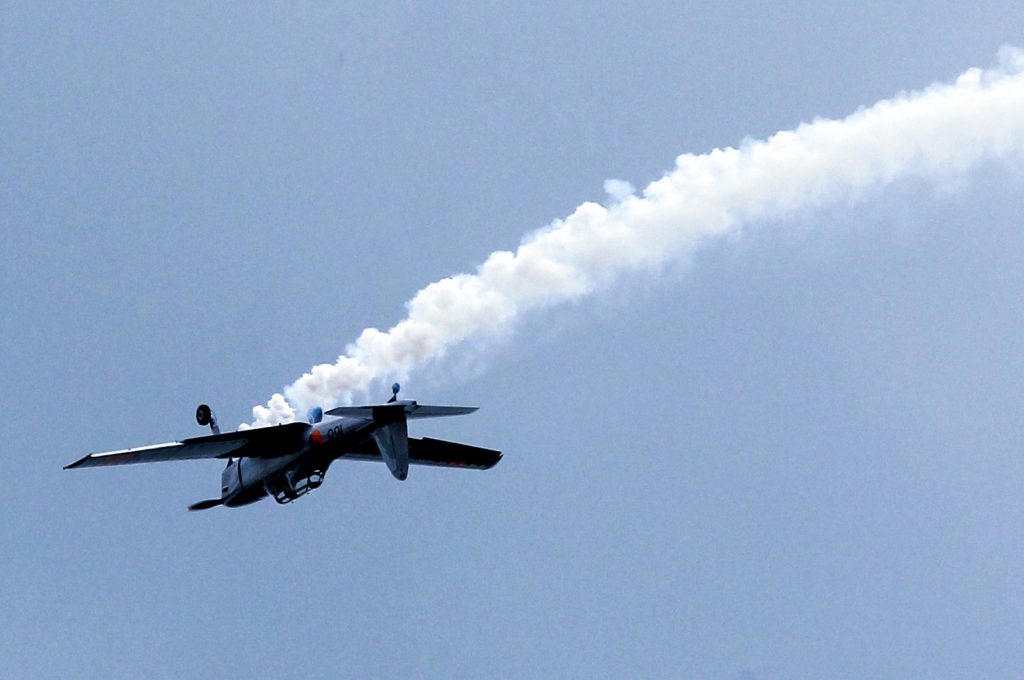 Even with an aerial display from a classic vintage plane, through to all the motorsports types from the very basic Sport Trials some known as Mud-pluggers and the big drift cars, all turned out at the weekend in the hope that they would attract a good gate.

But on Sunday, even with an entry price of just €20 and €10 for a programme the day I attended the show the crowds were poor enough. I would even wonder if the event broke even when you take in all the safety measures that now have to be in place for any kind of event of this size. 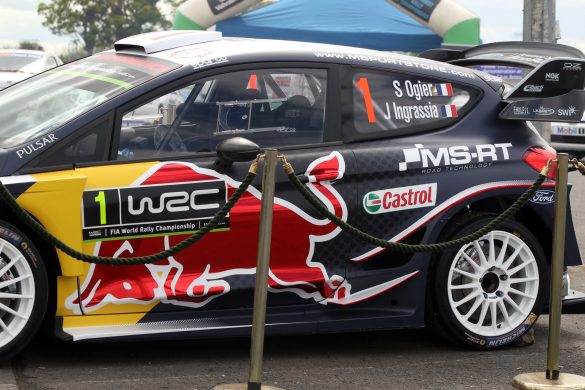 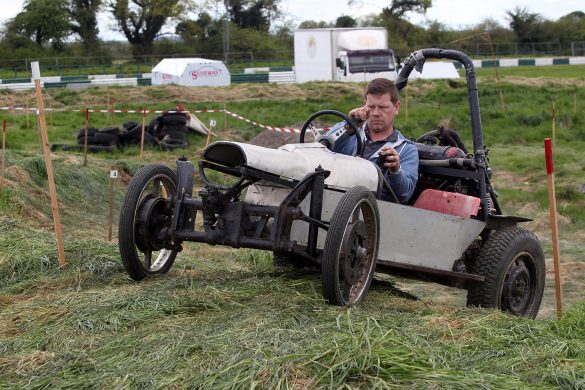 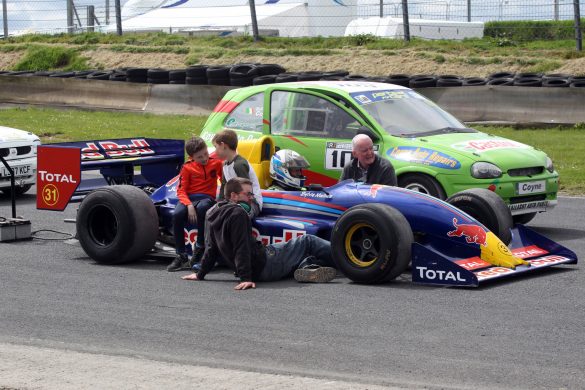 In six weeks time the price for a spectator’s ticket for three days motor racing viewing at Silverstone in England for the F1 grand prix will cost anything from €250 to €600 depending where you sit or stand or included pit passes etc.

Before that, in a months time, the price for a spectator going to the Donegal International Rally for three days viewing including pit viewing (service) and no matter where you sit or stand for the weekend all over Donegal it will cost you nothing. That’s the same price it cost for spectators in Donegal for nearly 50 years. 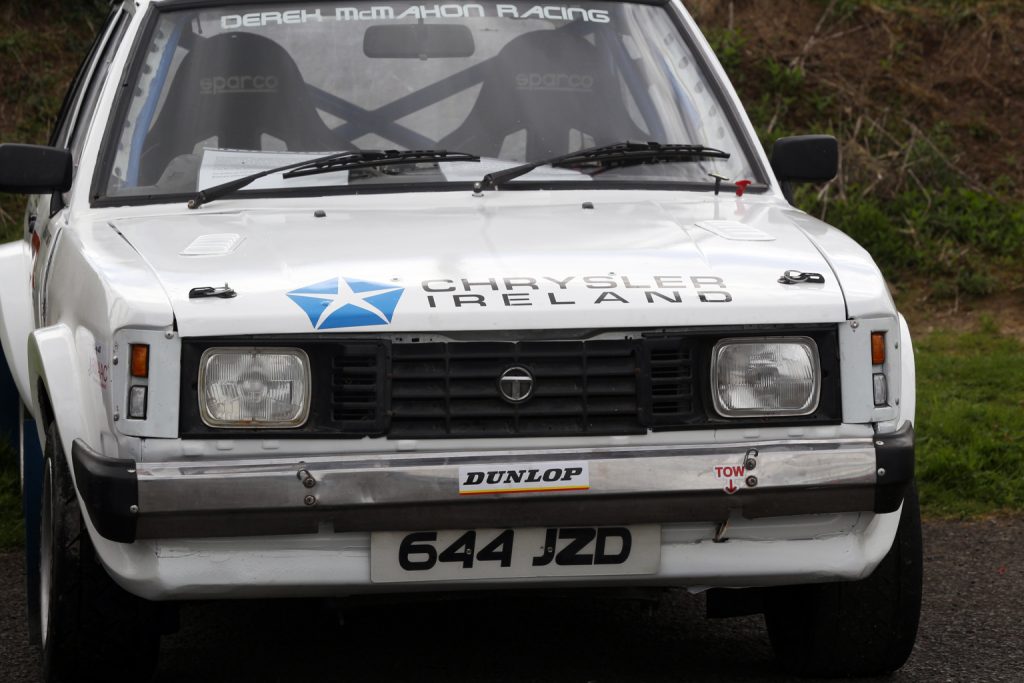 One of Rosemary Smiths rally cars, A sunbeam with the late Derek Mc Mahon’s racing team , on the sun visor which was show on Sunday in Mondelo. Photo Brian McDaid

As the saying goes, up here we’re different, and that’s true in that the biggest numbers that will come into Donegal to watch a sporting event will be them that come to watch the Donegal rally next month. For 50 years its one of the best places to get your message or your company name across for them three days in June, be it in local sponsorship of local rally crews or in sponsorship of stages on the rally because of the massive foot fall of spectators.

In short we are spoilt in Ireland as spectators to view motorsport for free on a stage where competitors from all corners of Europe make the pilgrimage in June to Donegal to take part in the rally where they will compete on stages with drivers and navigator that may be competing on the Donegal for the very first time.

I made two trips to Mondelo Park this year, one for the drifters day and the fundraising event last Sunday. I have the great respect in the belief that Mondelo has in its self that has kept the show on the road for a half of a century but on reflection on my journey home (for me anyway) I could appreciate how much Donegal has to offer both as an International Rally and as one of the most beautiful places on this planet to visit for a weekend.

Be it Knockalla, Fanad Head, Atlantic drive on the Donegal or, in the days when the old Circuit of Ireland visited Donegal, even a vegetable plot at the bottom of a garden in Laghy.