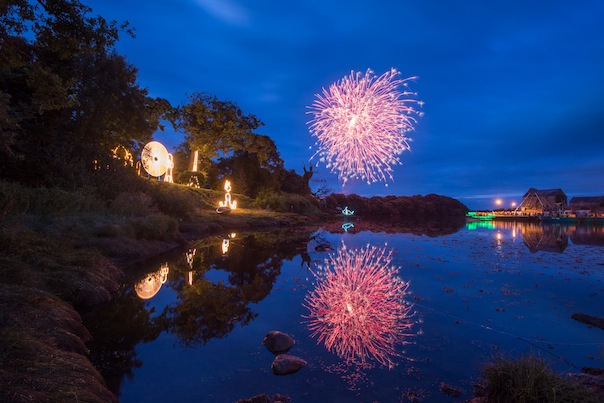 With a ban on Apple laptops playing the backing tracks for ‘The Fields of Athenry’ the Lennon Festival is ready to rock.

The Ramelton festival was in major doubt but is set to bounce back with the very best of live bands and a rekindling of the spirit that has made the event one of the country’s evergreen community festivals.

Anthony McCahill who is director of operations confirmed the event will run effectively from Sunday July 1st until the 9th.

The Tirconail Tribune reports that plans are being hurried along given that time is of the essence but already as the final pieces of the jigsaw are being put in place.

Anthony says that so much that was a vital part of festivals in the past will be rekindled, rebranded and the week will be dedicated to family entertainment and top class music.

The race is on to find a couple of top names and a leading promoter has been approached to help find bands that will attract the crowds into town.

Ciara Johnston who is the press officer told the Tribune that while much of the programme’s framework was in place, they are hoping to have more detailed plans by next week.

Mr. McCahill has already been talking to sponsors because the festival hinges on financial support and the new committee is more enthusiastic than ever that the local business community will row in behind the community in seeing the crowds flock into Ramelton for the first week of July.

It is the 49th Lennon Festival and already there are big plans ongoing to celebrate the 50th with some spectacular international acts…and if anybody can, Anthony can deliver on that dream.

Meanwhile, Catriona McCafferty and Kathleen Duffy who’ve given the festival sterling service over the past 25 years have handed on the baton to a new generation.

The two directors are to be congratulated for their service, dedication and hard work in that time and they’ve left a lasting legacy that ensures the finances of the festival have a very strong balance.

Catriona and Kathleen came on board 25 years ago when nobody wanted to direct a festival up to its eyes in debt.

They are now owed a debt of gratitude for their prolonged dedication to the running of the Lennon Festival and they are wished well in their retirement from the public spotlight of the pressures involved.

From the days of those wonderful Victorian garden parties: the crowning of the Queen of the Lennon: Gregory Murray replete in full regalia and the famed carnival parade of a Saturday afternoon made the Lennon Festival something very special indeed.

The singing pubs are being brought alive once more and that will add to the huge well of entertainment talent that abounds in the town: the soap box derby is being put back on and hopefully the water sports will also feature strongly…depending on insurance costs… and local sponsorship.

It is planned to have the Queen of the Lennon contestants in town all week with the crowning towards the end of the festival.

Street entertainment of a high calibre (minus backing tracks) will see top names on the scene onstage and negotiations are ongoing with a musical promoter to see what groups are available given that the festival is only seven weeks away.

An executive committee was selected in the community centre on last Wednesday night from an attendance of 92 people… All enthusiastic and rearin’ to go. An eclectic mix of young, experienced and a renowned workforce selected their executive committee led by Anthony McCahill, his brother Paul as assistant director.

Damien Friel and Elaine Ferry are the secretaries: Seamus Durkan, John O’Connor and Alaister Grier are the treasurers while Ciara Johnston and Laura Egan are the press officers. And there are a range of sub-committees.

Anthony McCahill continues to ask people to attend all meetings: to put forward proposals for consideration and it is on that basis of community participation he sees the future success of the festival.

“Nothing is either in our out until everyone’s point of view is heard and that will give the festival a platform that is fully representative of the community,” he added.

He said that there are time constraints with many music acts already booked…. And while we may not see ‘Smokie’ hammering out their back catalogue in 2018 on Gamble’s Square… there is always 2019 and the Golden Jubilee Festival to plan.

And in keeping with their best traditions, the legendary Thomas Harte remains as President and he has been a vital part of all previous 48 festivals.

In effect the new Lennon Festival Committee represents the very best that Ramelton has to offer: be it from the Christmas Lights Committee: business and enterprise, the pantomime, but most of all a huge spectrum of young and old who can turn their hand to almost anything (with legal limits) from singing a song: organising a party, putting on a sing-song, a family day out or climbing a pole to put up bunting.

Ramelton is noted for its welcome and the first week of July promises to a very memorable one for all the fun of the fair at the 49th Lennon Festival.