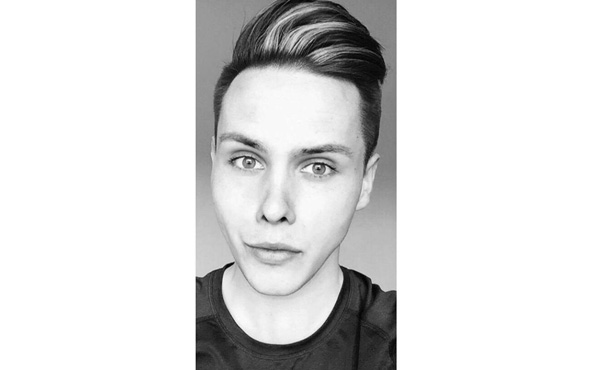 A Donegal woman has pleaded for better counselling services following the loss of both her brother and son through suicide.

In an interview on RTÉ’s Raidió na Gaeltachta, Caitlín Uí Shearcaigh made an impassioned plea for better emergency services for those with mental health difficulties.

Caitlín, who lives in Dungloe, spoke of the heartbreak of the suicide of her brother Antoin, and her son James Beag.

Caitlín said she feels there is far too much emphasis on medication, instead of counselling, in mental health services.

“Counselling is what people need. I know Antoin, he tried to kill himself. He was in hospital for 5 days, and then they sent him over to the (psychiatric) unit. We thought he’d be safe there. But you can come and go as you please all day there.

“Antoin was heading off after breakfast in the morning and he wasn’t coming back until night-time. He wasn’t getting counselling or anything like that. He might as well have been at home,” she said.

Sadly, a year later, Antoin took his own life.

She said she will never forget the moment she found him her sibling dead.

“I will never forget the site before me when I went in. The poor man was lying on the floor in just his vest and pyjamas bottoms. I went down on my knees, and he was so cold. I took a blanket off the bed. I couldn’t believe he was dead. I put the blanket around him.”

Caitlín explained that Antoin had tried to get help just weeks beforehand, but that he had been sent home.

“A few weeks before Antoin died, he was brought out to Letterkenny and he asked for help and said that he couldn’t go on. They sent him home with tablets and he killed himself then some days thereafter. They should have kept him in that time, and it wasn’t the first time it happened either.”

Unfortunately, there was more heartbreak in store for the family as Caitlín’s son James Beag committed suicide a few years later at just 22 years of age.

Help had also been sought for James, but because he was of age help could not be provided for him without him seeking it himself, something he didn’t do.

Caitlín feels, because of the stigma, James did not seek this help.

She told RTE’s Barrscéalta programme “He didn’t seek help. I think James was afraid that people would find out.

“James was gay, I think that was part of what troubled him. And he got a hard time from people every time he went out … he was bullied, and that really upset him too.”

Although James Beag was brought to hospital after the suicide attempt, sadly they were unable to help him.

“James was lying there with pipes in his mouth helping him breathe and keeping him going … and a little while before he died, the doctor said to me that even if James comes out of this, he’ll be a vegetable but I didn’t care.

“I would have preferred to have him alive as a vegetable rather than not to have him at all … The way I think about it now, he was in darkness, and God took him out of the darkness, and he’s in a place now where the sun is shining on him.”

Caitlín appealed to the authorities to put a better emergency service in place for those with mental health difficulties.

She said she was turned away when she went to seek help from the hospital recently because she didn’t have an appointment.

She has missed her appointment because she had had a stroke.

“The girl said to me, because I didn’t have an appointment, that they couldn’t see me. I was at the end of my tether. She knew my history, and she let me walk out the door.

“She didn’t know what I was going to do. It’s unbelievable that you have to have an appointment when you’re in such a state as that and you can’t cope.”

Caitlín had approached Councillor Micheál Cholm Mac Giolla Easpaig for help with the situation, and he was also speaking on the programme.

“It made me very angry, to learn that a woman went to the hospital to get help and she was sent home. She did have an appointment, but she didn’t go because she had a stroke (and couldn’t make the initial appointment).

“If someone calls and is in danger of killing themselves, that’s when they need the service – not tomorrow, not the day after, not in two weeks, but right then.”

Caitlín said she was speaking out for all those suffering with depression, like herself, and said that support groups, similar to AA, should be set up in small towns all across the country.

Woman who lost brother and son to suicide pleads for more counselling services was last modified: May 21st, 2018 by Stephen Maguire
Tags:
CounsellingdonegalmedicationSUICIDE