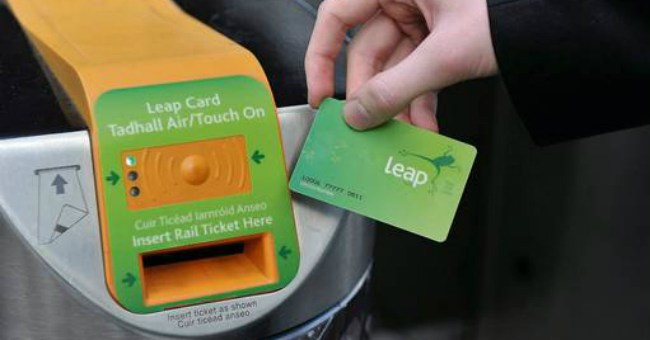 Deputy Pearse Doherty has reiterated his calls for the LEAP Card public transport scheme to be extended to include all passenger and commuter bus services in Donegal.

The scheme, which was first introduced in 2011, offers passengers reduced fares, discount features and ticket payment on public transport services.

However, it is currently only available on services operating in Dublin, Cork, Galway, Limerick, Waterford and Wexford.

Deputy Doherty said “The Leap Card was first introduced in 2011 and is a re-usable smartcard that enables users to pay for journeys on public bus, DART, Luas and commuter rail journeys.

“Holders can not only use LEAP card for paying for fares, but it also always holders to avail of much cheaper fares compared with traditional standard cash ticket prices as well as a host of other features such as fare price capping and special discounted ticketing.”

“Since its introduction, the scheme has been expanded and now includes not only the Greater Dublin region, but also public transport services operating around Galway, Cork, Limerick and Waterford.”

As a result, passengers there receive up to 20% cheaper fares when paying for journeys on a number of public transport routes either by bus or rail.

However, the LEAP Card scheme has yet to be extended out to rural areas despite calls from Sinn Féin previously for the scheme to be rolled out to all other areas, including Donegal.

Deputy Doherty added “I have raised this with the Minister a number of years ago and in 2015 the National Transport Authority advised that it had no immediate plans to extend LEAP Card to other areas not currently covered by LEAP Card.

“I believe however that rural commuters, including those here in our own county, should be able to avail of these cheaper fares which are available when purchasing tickets for journeys on Bus Éireann and on other public transport operators in our major cities.”

“This once again shows the complete lack of regard which this Government has for the people of this county, not only have we no rail link and extremely limited public transport options anyway, but passengers here must also pay more when making journeys when using public transport – that is not acceptable.

“I intend to once again raise this issue in the Dáil next week with the Minister and I pledge to continue to lobby to have this scheme extended to deliver value for money to rural commuters.”