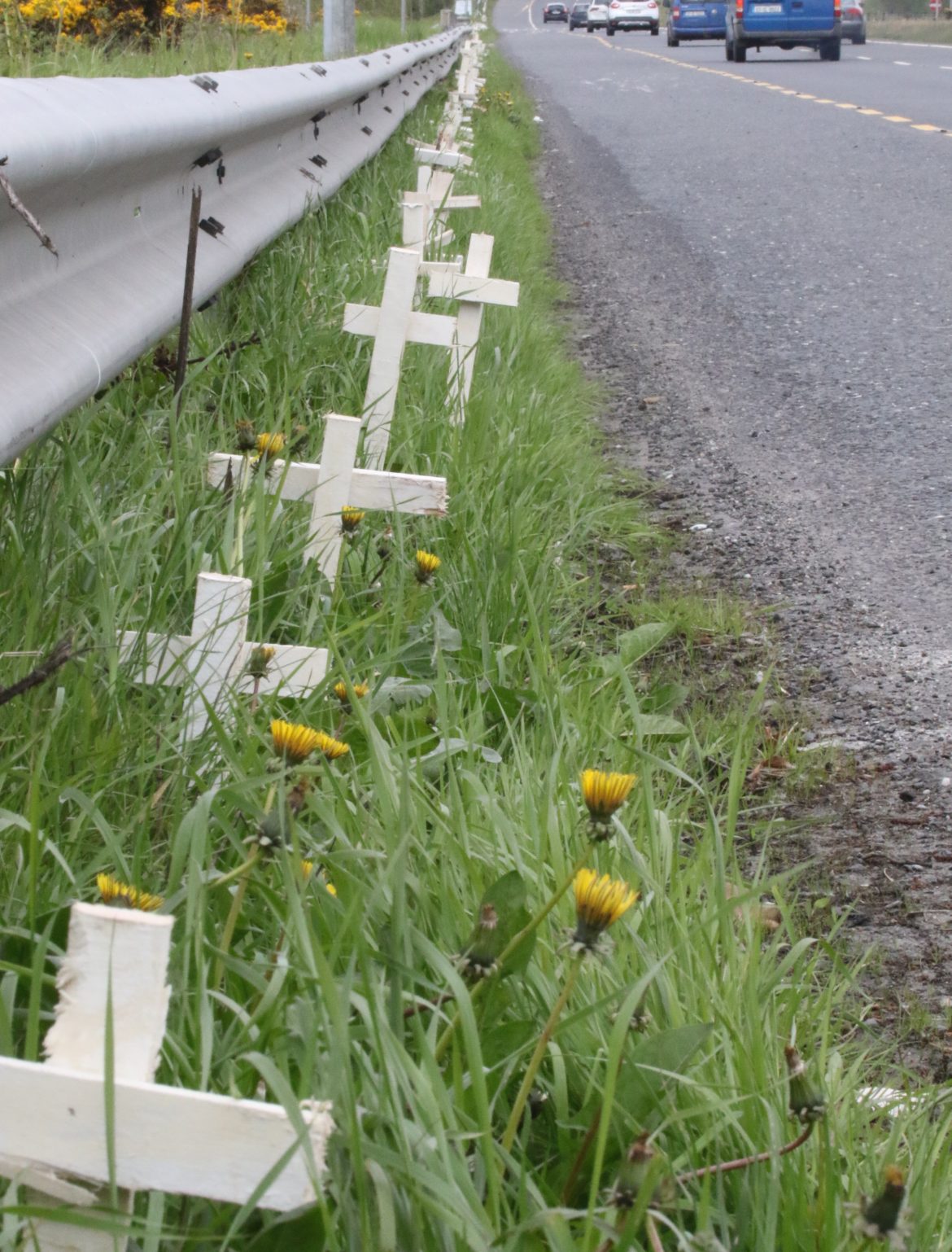 Donegal County Council has said they will remove any crosses which are distracting drivers on the main Letterkenny to Derry road.

The council was reacting to the placing of up to 17,000 crosses along the road overnight by the NO campaign in the upcoming abortion referendum.

A council spokesperson confirmed to Donegal Daily that their staff have started to remove some of the crosses.

She added that if people deem the crosses a road hazard in certain areas, they will assess the situation and act accordingly.

The spokesperson added that they are also reviewing the erection of campaign posters in certain areas.

Thes spokesperson added “Section 19 of the Litter Pollution Act provides for the control of postering in referendums.

“Posters must be removed within 7 days of polling day. During this period the Council will only remove of posters which constitute a hazard to either pedestrians or road users.”

Council confirms it will remove crosses they deem to be a hazard was last modified: May 18th, 2018 by Stephen Maguire