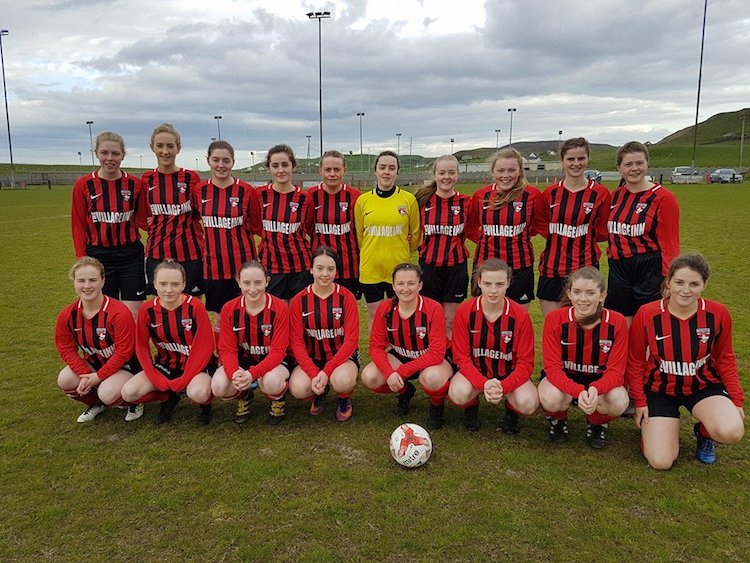 Fanad United maintained their 100 per cent start to the 2018 North West Women’s Super League on Thursday night as they overcame Lagan Harps 1-0 at Orchard Park. Packie McElwaine’s side have won all three games so far without conceding.

Fanad United, the new side in the North West Women’s Super League this year, continued their excellent start to the season in Manor.

Danielle McDevitt had the first chance of the game after she latched onto a free kick by Catherine Grier but her shot was just wide.

Neve Scanlan then pulled off a great save from Laura Dugera.

Lauren Carr’s free kick was headed away by Nadine Crawford and both defences were outstanding throughout the game with a superb battle at midfield.

It was all level at half-time.

Amanda Callaghan’s free kick was tipped away by Neve Scanlon. Shortly after Scanlon had another great save from a shot by Orla McGonigle.

Nadine Crawford sent Bronagh Gallagher clear but Niamh McDevitt got across to make the block.

With ten minutes remaining a long ball found Noelle McMenamin and she finished from close range.

Everyone in Lagan wishes Natasha McElwaine a speedy recovery.

Caroline Gallagher netted the only goal of the game on Thursday night as Illies overcame Inishowen rivals Greencastle. Illies responded to their narrow loss to Fanad a week earlier by securing a hard-fought win over the Chapel Lane side – who suffered a first defeat of the campaign here.

It was all square in this Inishowen derby on Thursday night as Carndonagh and Moville couldn’t be separated.