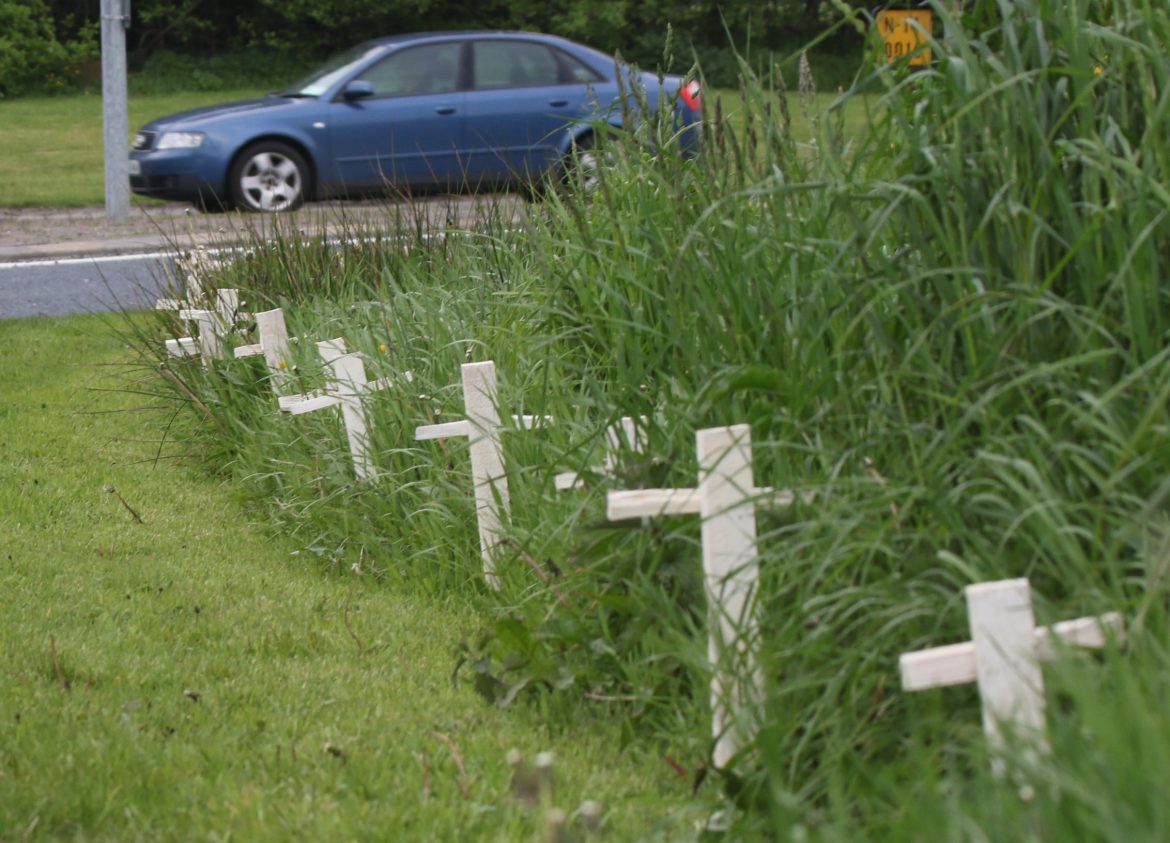 Drivers travelling to and from Letterkenny this morning have been met with thousands of white crosses along one of Donegal’s busiest roads.

Thousands of small crosses have been placed on one side of the road stretching from Bridgend up to the Dry Arch Roundabout in Letterkenny.

The crosses, which were placed overnight, have been linked to the pro-life campaign ahead of the May 25th Referendum. 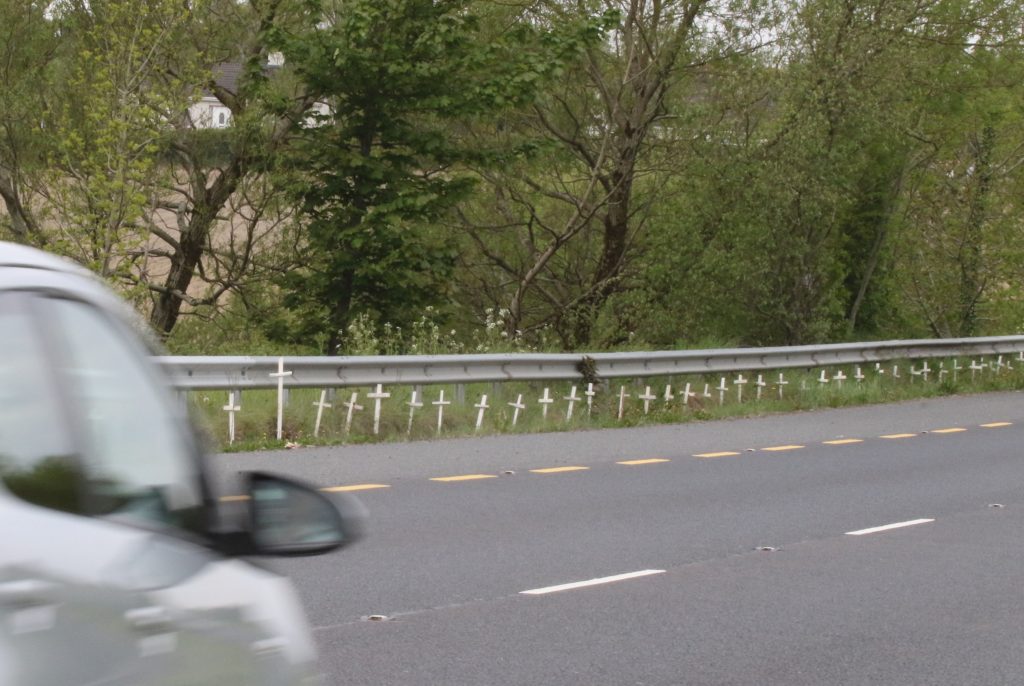 Donegal Pro-Life have not yet made a statement to take responsibility for the display. However, a comment from a local pro-life campaigner has said the crosses are to “represent the lives that will be taken per year in Ireland if there is a yes vote.”

Spokesperson for Donegal Together for Yes Sinead Stewart has strongly criticised the demonstration. Speaking to Donegal Daily this morning, Sinead said: “The hypocrisy of it all is really staggering. We’ve had people who are really upset and annoyed by this.

“I think they are absolutely brushing over the pain and the suffering of the women and families of Donegal by doing something like this.

“The hypocrisy is absolutely outstanding. They have outdone themselves.

“We are very aware it’s a stunt, but where they are getting the money for this is questionable as well, because they are not SIPO registered.”

Donegal Together for Yes have recently lodged a formal complaint against Donegal Pro-life with the Standards in Public Office Commission (SIPO). The group have claimed that Donegal Pro-Life are not registered as a Third Party body campaigning in the forthcoming referendum, which is necessary for any bodies which are in receipt of a donation of over €100.

Sinead added: “Our concern is obviously for the women and families who are very upset this morning, and I just wonder do they realise the effect they are having.”