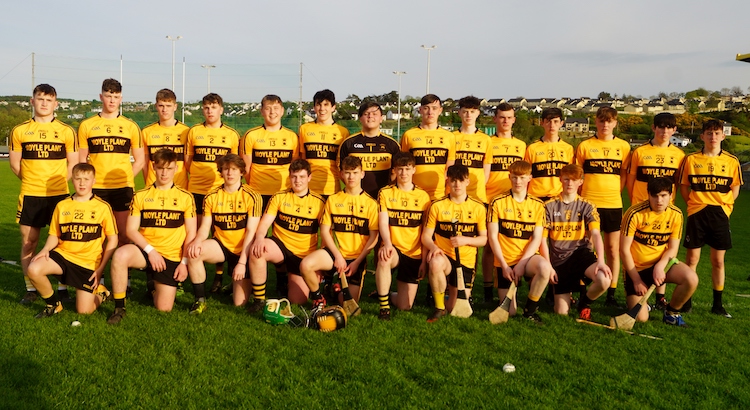 The Letterkenny team started strongly, registering 2-2 in the first ten minutes before the visitors opened their account.

Following two early frees from Cormac Finn, a long range goal by Shane O’Donnell and a close finish to the net by Finn gave St. Eunan’s a lead they never relinquished.

Ruairi Campbell pointed for Setanta, with O’Donnell and Gavin Forde replying for the home team.  Setanta dominated the second quarter, with the clinical Oisin Marley reeling off four frees.

This comeback was stopped in its tracks when St. Eunan’s full forward Jordan Barr won a long ball and struck the ball to the bottom corner in the 25th minute.

Setanta’s Campbell completed the scoring for the first half with a well worked point, leaving seven points between the sides at the interval, 3-4 to 0-6.

The home team put the game beyond their opponents in the third quarter. 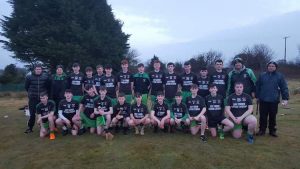 With Keenan Barrett and Darragh Doherty providing a solid platform in defence, Finn and O’Donnell shared six points between them.

St. Eunan’s captain Barr was a constant threat with his direct running at the defence and his two goals after the 32nd and 42nd minutes left Setanta with an impossible task.

They continued to win possession through Stephen McBride and Kyle Dillon, but could not convert enough chances. Darragh McBride was outstanding in goals for St. Eunan’s, pulling off a top class save to deny Ryan Coyle.

Setanta only had two Marley frees to show for their good play.  A late Barr goal and a last minute PJ McBrearty point for St. Eunan’s closed the game out.