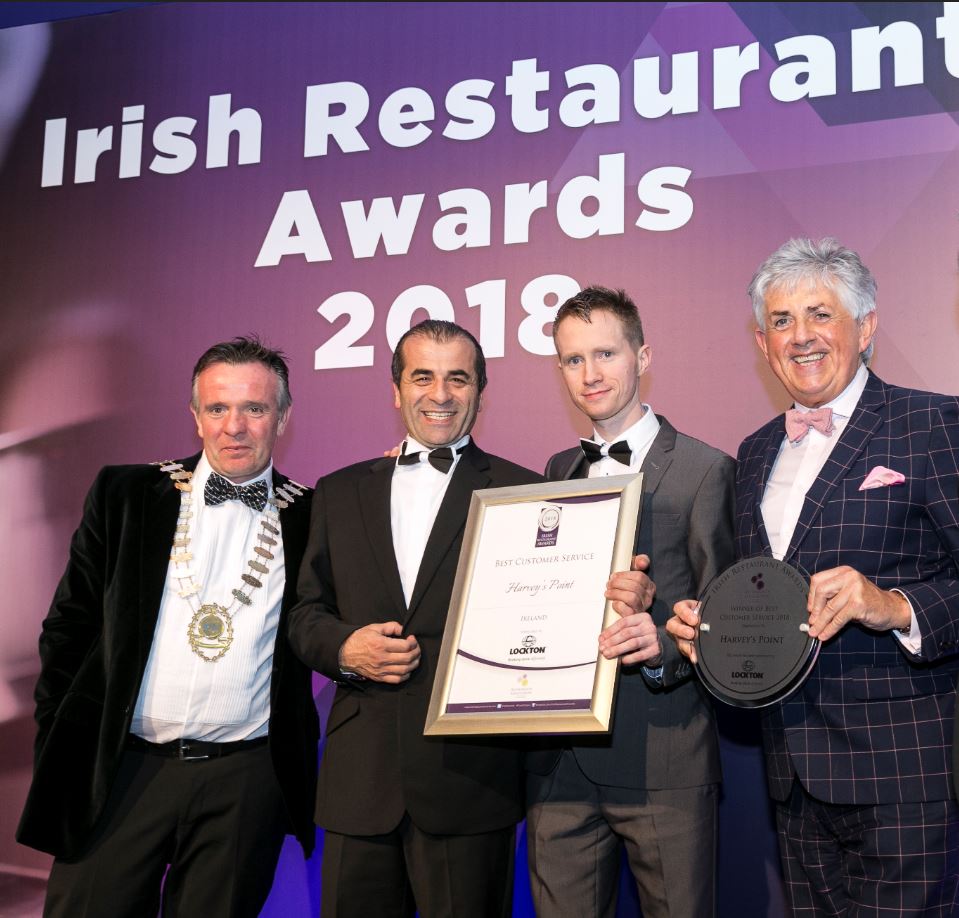 One of Donegal’s best-loved hotels has picked up an All-Ireland title at this week’s Irish Restaurant Awards, also known as the Food Oscars.

The team at the four-star hotel have earned the Best Customer Service Award for their outstanding work within the industry over the last 12 months.

General Manager Noel Cunningham shared his delight with the win, saying: “We are totally chuffed! Thanks go to our excellent team who go the extra mile in pursuing Guest Service excellence.” 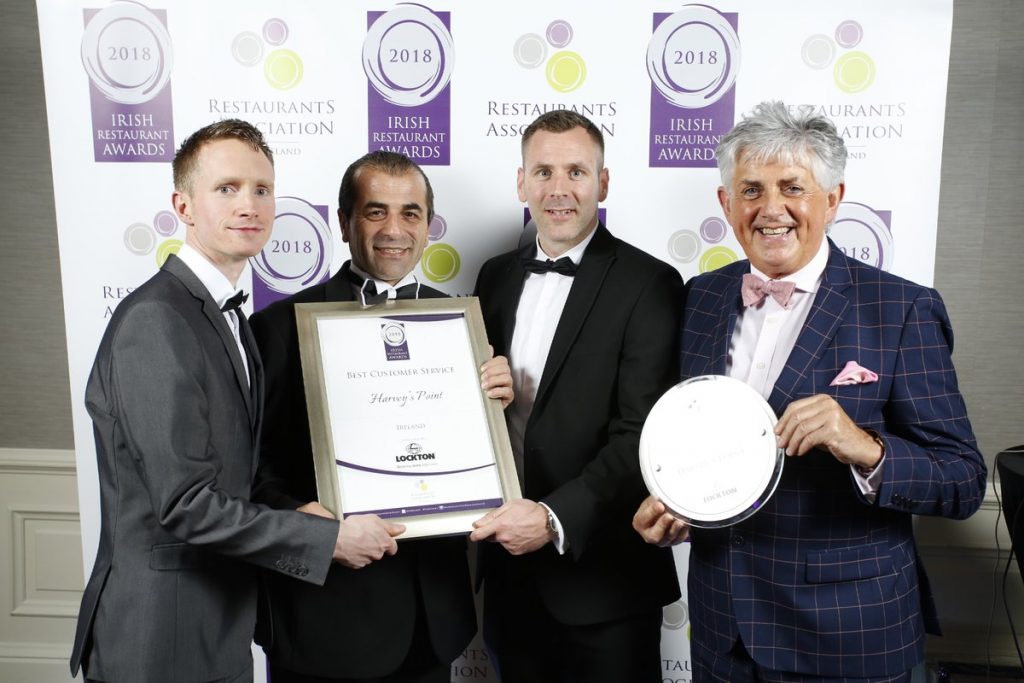 Harvey’s Point is well known for going above and beyond to make customers feel welcome with quality service, which has earned the hotel a top place on the TripAdvisor Travellers’ Choice list for many years. The hotel is currently number two out of the Top 25 Hotels in Ireland, according to TripAdvisor traveller reviews.

Harvey’s were counted among the premier restaurant and hospitality establishments in Ireland for 2018 at the Restaurants Association of Ireland All-Ireland Finals on May 14th. Over 1,000 restaurateurs and staff attended the sold out, black tie event at the Clayton Hotel Burlington Road which celebrated the achievements and perseverance within the industry over the last 12 months.

Now in its tenth year, the Awards have continued the trend of growing in both attendee numbers and industry esteem. Over 90,000 online nominations were received for Irish restaurants and hospitality businesses this year.

Awards were received from 21 categories that included all areas of the sector and keeping with recent movements, the awards introduced their newest category this year, Best ‘Free From’, which received an impressive response from nominees and the general public.

On the night, Liam Edwards, President of the Restaurants Association of Ireland spoke about the resilience of the industry saying, “As an industry, the restaurateurs, pub-owners and entrepreneurs of Ireland, continue to defy the odds. You strive to create jobs, expand upon Ireland’s understanding of food standards and world cuisine, all while maintaining exemplary customer service. Your support of Irish produce has never been greater and for this you should be wholeheartedly applauded.”