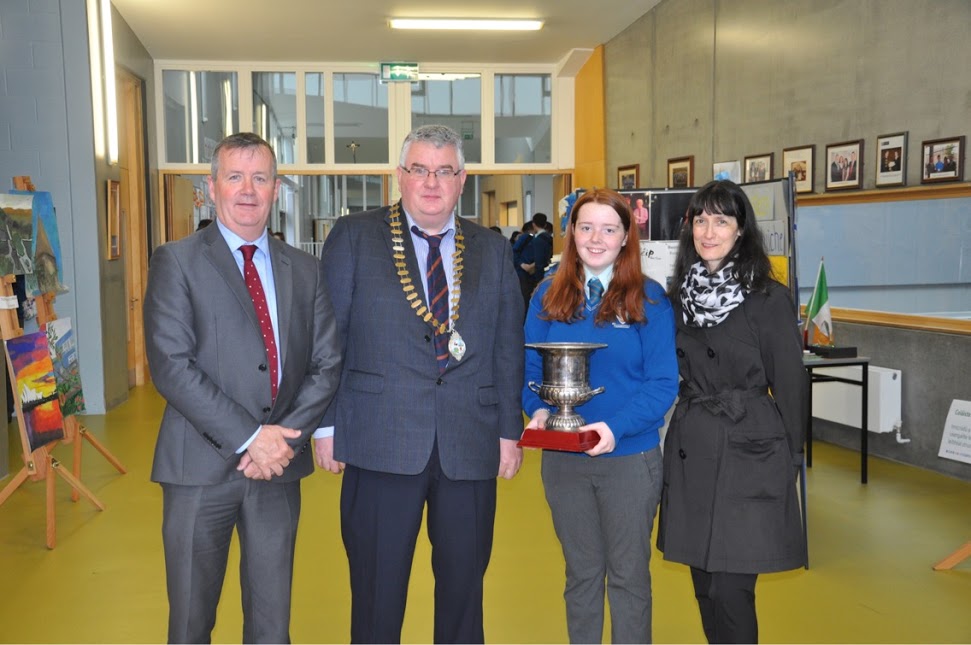 Emma was presented with the prestigious Donald Mac Lochlainn Trophy by Seán Bonner, President of the County Donegal Historical Society at the recent awards event in Jacksons Hotel Ballybofey.

This year’s County Donegal Historical Society Schools Competition was titled –  Connections between Donegal & Europe up to 1900.

Emma’s project was a 2,000 word essay focusing on the trading links between Donegal and Europe during the Mesolithic and Neolithic eras. Emma spent weeks researching her project in the County Donegal Library alongside her grandmother Mrs. Noelle Ryan.

Coláiste Ailigh and in particular Emma’s history teacher Méabha Ní Chailín would like to congratulate Emma on her achievement.

Students are encouraged to join the Historical Society and the good news for students is that a year’s membership is only €5. Down the years, the Society has been responsible for initiating the Federation for Ulster Local Studies and for establishing a museum.

Further details about the County Donegal Historical Society are available at: www.donegalhistory.com and on Facebook: www.facebook.com/donegalhistorical