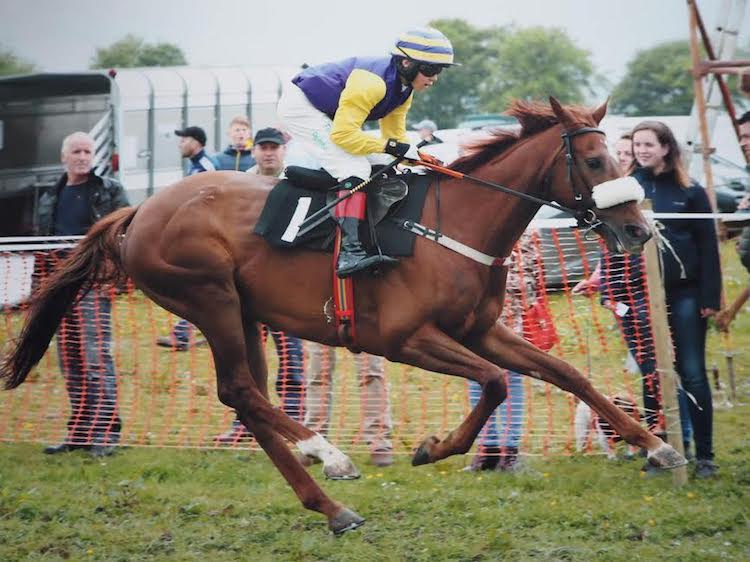 written by Chris McNulty May 22, 2018
FacebookTweetLinkedInPrint

Dylan Browne Mc Monagle made the perfect start to retain last years title of champion jockey when the North West race season got underway in Porthall Lifford on Sunday.

The Letterkenny teenager had a cosy victory on Barr Na Straide in the non-winners.

He soon doubled up in the 148cm pony race on the impressive 5 Stone Of Lead in race three.

Dylan had a very easy all the way success on 4 Stone Of Lead in the 5th race of the day and the day got even better in Race 7 when Derrys Pride gave him his 4th winner of the afternoon in the 1 mile open.

Dylan capped of a fine evening in the concluding race with a win on board Little Pop Rocket.

Galway rider Danny Gilligan recorded a double on the day when he steered Mr Mac home in the 1 1/2 mile opened he soon doubled up in race six as Half Price had a cosy victory in the 10 furlong open.

Paul McGill gave Cool The Jets a good ride to take the first division of the 1 mile Maiden.

Racing resumes this Sunday 27th at Porthall Lifford at 2.30pm.