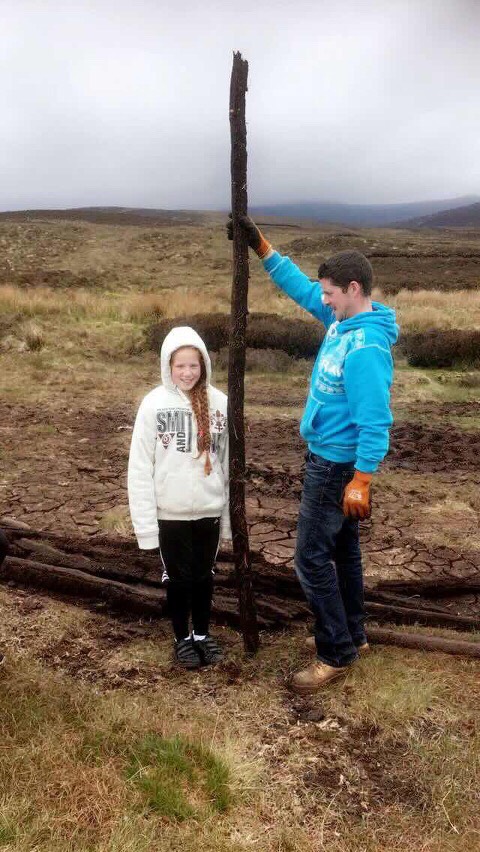 Not your bog-standard piece of turf!

A pair of cousins from Inishowen believe they have found the county’s longest piece of turf.

The sausage turf has been estimated to be hitting a height of around nine foot. Questions have even been made to suggest that it could be the largest sod of turf Ireland has ever seen.

Christopher McLaughlin and Sarah Marie Duffy were up turning turf on the Carn Mountain road when they came across it on Sunday.

It was produced by a machine called a hopper, but we’re not quite sure if it’s yet ready to hop into the fire just yet.

It’s expected that the sod will break into smaller pieces the longer it is left to dry out. Christopher and Sarah Marie may well be looking to make a World Guinness Book of Records attempt with it before then.

As Aussie Bryson famously said, “Fine day for cutting turf”, well it was indeed that when the cousins made this find.

Not your bog-standard piece of turf! was last modified: May 22nd, 2018 by Stephen Maguire
Tags:
bogcarnSausage turfturf