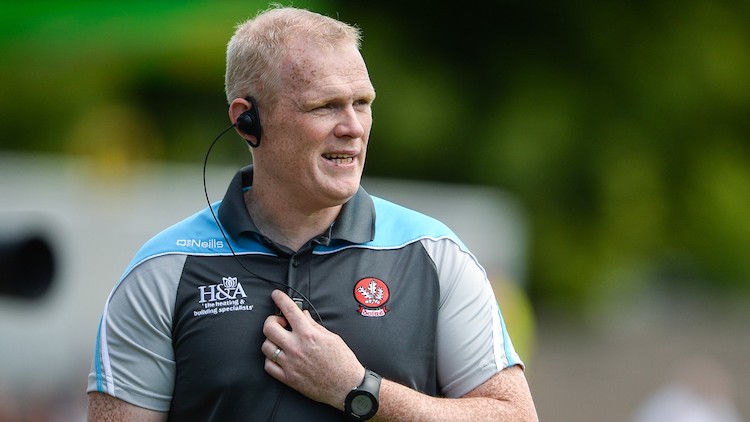 Derry can show their real quality despite Division 4 drop – McErlain

written by Chris McNulty May 23, 2018
Facebook0Tweet0LinkedIn0Print0

Damian McErlain says Derry are looking to send out a message in light of their recent relegation to the bottom rung of the Allianz League.

Derry, who were Division 1 finalists as recently as 2014, were relegated to Division 4 this spring after a disastrous campaign. It is the first time since the 60s that Derry have fallen so low.

But McErlain, who makes his bow in the Senior Championship as Oak Leaf boss this Sunday against Donegal, believes Derry still have what it takes.

“In terms of Championship, the players we have available to us and the way we have prepared over the last number of weeks, we will be looking to produce a performance that does not reflect a Division 4 team,” McErlain said.

“The residue of disappointment as a result of the spring will not be got rid of until next spring.

“There is no point ­worrying about it at this point. This is ­Championship now.

“We are obviously very disappointed to have gone down to Division 4. We have the quality not to be there, but we have to show that next year.”

McErlain is boosted by the availability again of the Slaughtneil contingent.

Derry have had a busy spell of club football and McErlain says his men got over their League disappointment quite swiftly.

He said: “When we met back up, we set out how we would go about making things right, what the plan was for the next seven weeks and all the things we needed to address.

“The boys responded immediately. We had an excellent session that night and that has ­continued right through.

“We juggled things with the club games. We did a bit of work in the early rounds but as the five weeks went on, we had to taper our training and did more short and ­tactically-based sessions than any hard work.”

In 2015, McErlain masterminded a win for the Sperrins over Declan Bonner’s Donegal in the Ulster Minor Championship.

And he knows the size of the task that awaits this weekend: “We know what is coming at us, they are a very good side and are probably a bit more experienced, even though they have a lot of young lads too.

“We have seen what Donegal can do, while we don’t know where we are yet in terms of ­performance until we get out on the pitch.”