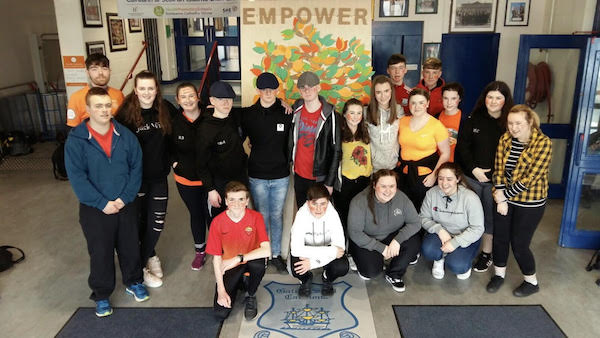 A Donegal student has won a prestigious college award.

Evan Gorrell, 20, from Donegal Town was presented the MIC & MISU Foundation Award for Excellence, along with a bursary, by Gary O’Brien, Vice President of Mary Immaculate College.

Evan was selected for this award for his commitment to academic studies and for his involvement in the community.

Evan, a past pupil of Abbey Vocational School in Donegal Town, has now completed his 2nd year of studying a B.A in Education, Business Studies & Accounting at MIC, St. Patrick’s Campus, Thurles.

He is the first student from his campus to receive this prestigious award. 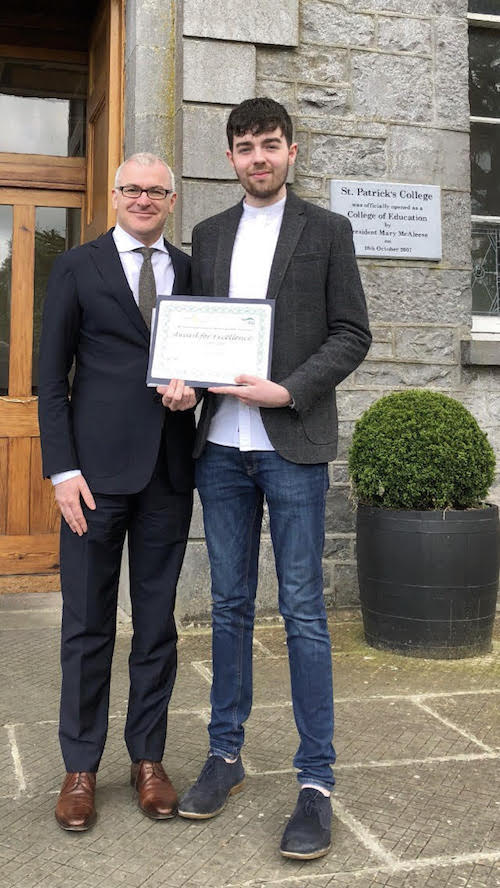 Evan being presented his award by Gary O’Brien, VP of Mary Immaculate College.

Professor Eugene Wall, President of Mary Immaculate College, commented “Evans dedication to fundraising activities including his involvement with the Cycle Against Suicide and his contribution to St. Catherine’s Vocational School gaining their first Ambassador School Award for the promotion of Mental Health issues have deemed him to be a worthy recipient of this award”

Professor Wall added “I hope that Evan feels as proud of this accolade as we are of him.”

Evan completed two months of school placement in St. Catherine’s Vocational School, Killybegs were he helped anchor the school to their first Ambassador School Award for Cycle Against Suicide. They will be presented their award in September 2018.