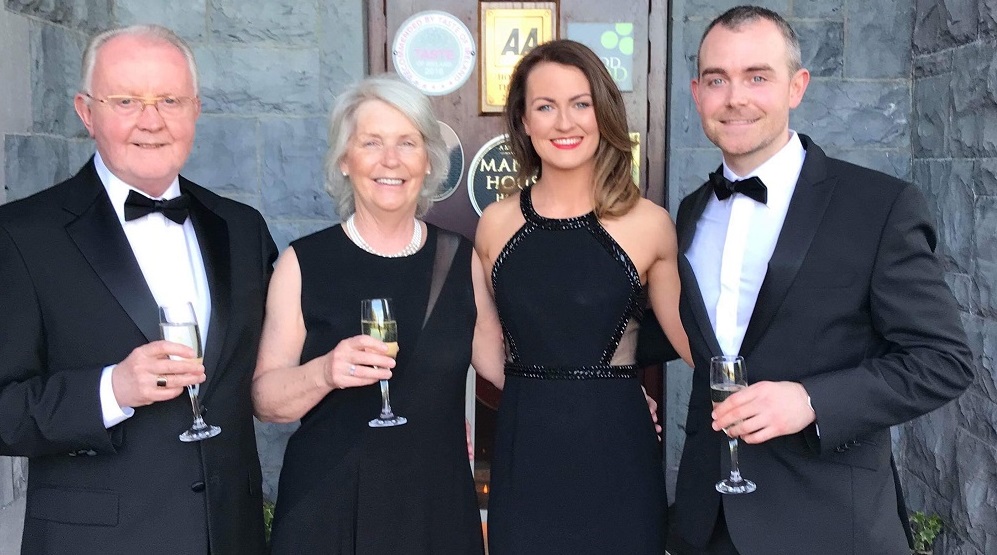 Donegal Chartered Physiotherapist Johnny Loughrey has won a place in the Top 10 list of Ireland’s Outstanding Young People for 2018.

The Letterkenny man was recently honoured at the national JCI awards for his accomplishments in the business, economic, and/or entrepreneurial field.

Johnny established JT Physiotherapy Ltd in 2013 in Letterkenny, and later in Derry, following some time spent in Australia developing a forward-thinking approach to rehabilitation.

He also established the No Barriers Foundation in 2016 which aims to break down barriers allowing those with varying levels of mobility, disabilities or chronic long-term illness to exercise within their community, to improve health and to decrease the risk of comorbidities.

The Foundation managed to acquire funding for a revolutionary piece of equipment called an Ekso Bionics Exoskeleton which allows those with spinal injury, traumatic brain injury or those who have suffered a stroke to walk and rehabilitate while wearing the robotic suit. 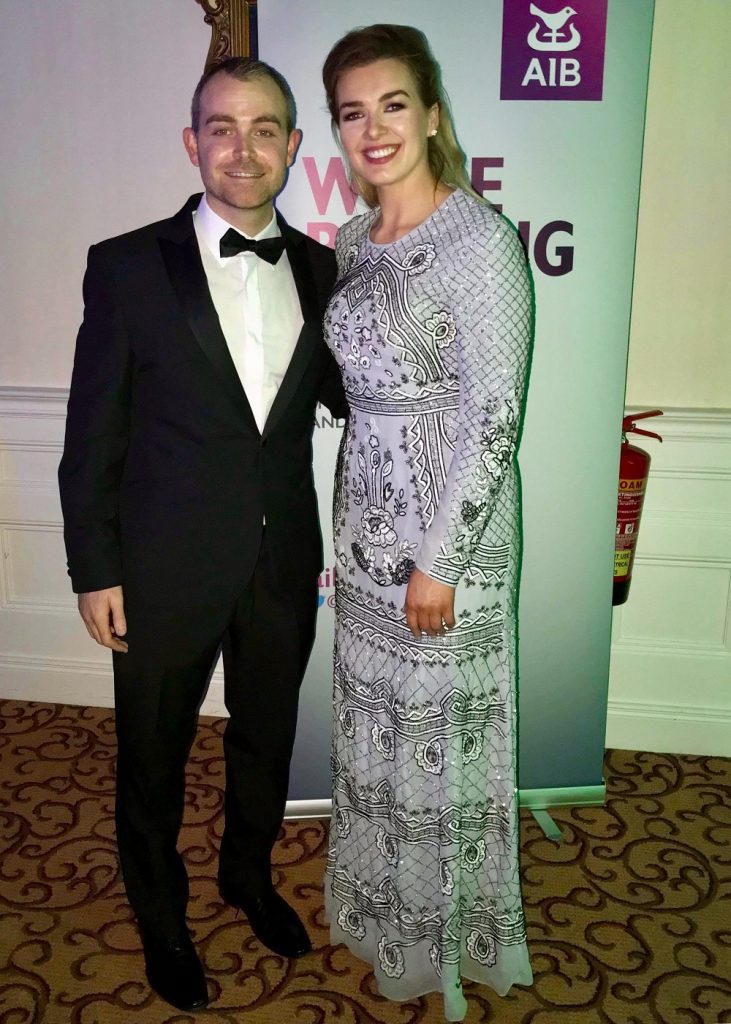 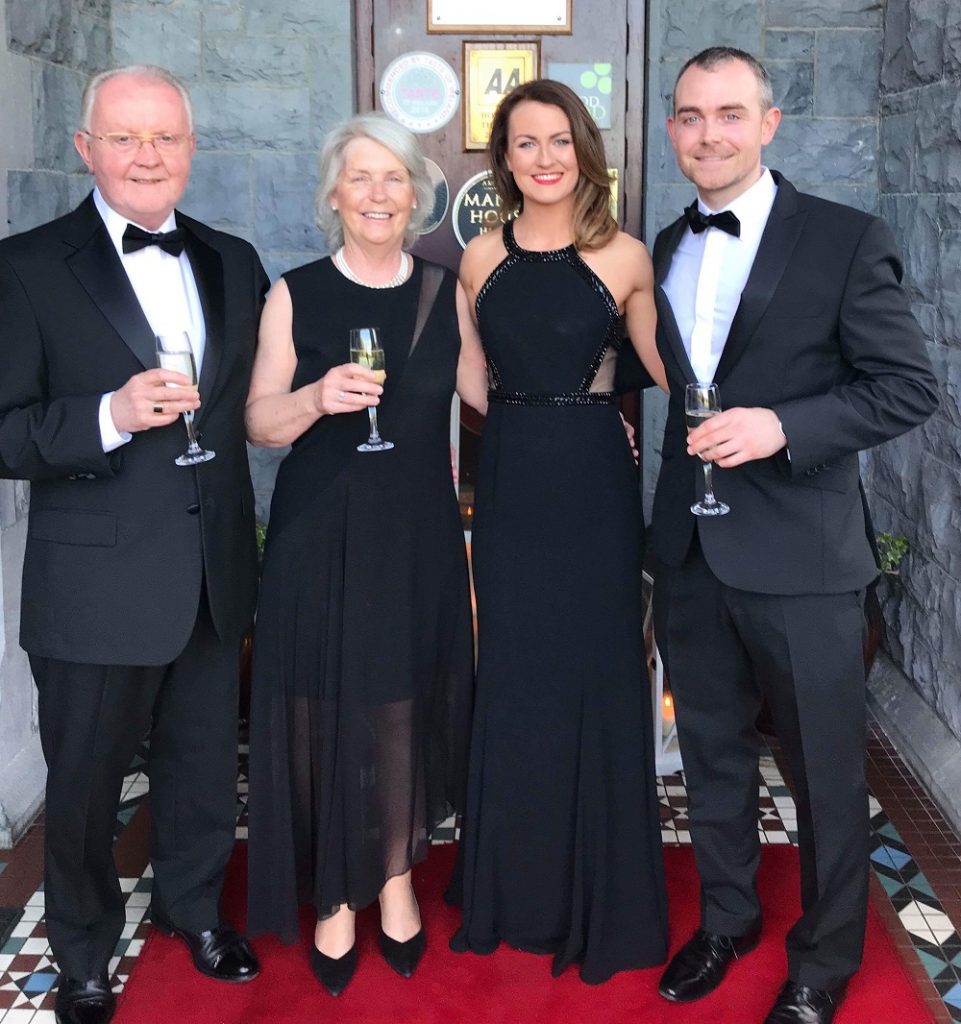 The Loughrey family celebrating at the 2018 Ten Outstanding Young Person (TOYP) Awards on May 12th: John, Mary, Laura and Johnny

The JCI Ireland TOYP Awards, in association with AIB, were held on Saturday 12th May, where ten phenomenal people were recognised as Ireland’s most outstanding for 2018.

The awards ceremony was hosted at the stunning Mount Falcon Estate on the banks of the renowned River Moy in Ballina, Co. Mayo. The MC on the evening was Harry McCann who was a world TOYP winner in 2017 for his achievements as a technology entrepreneur. 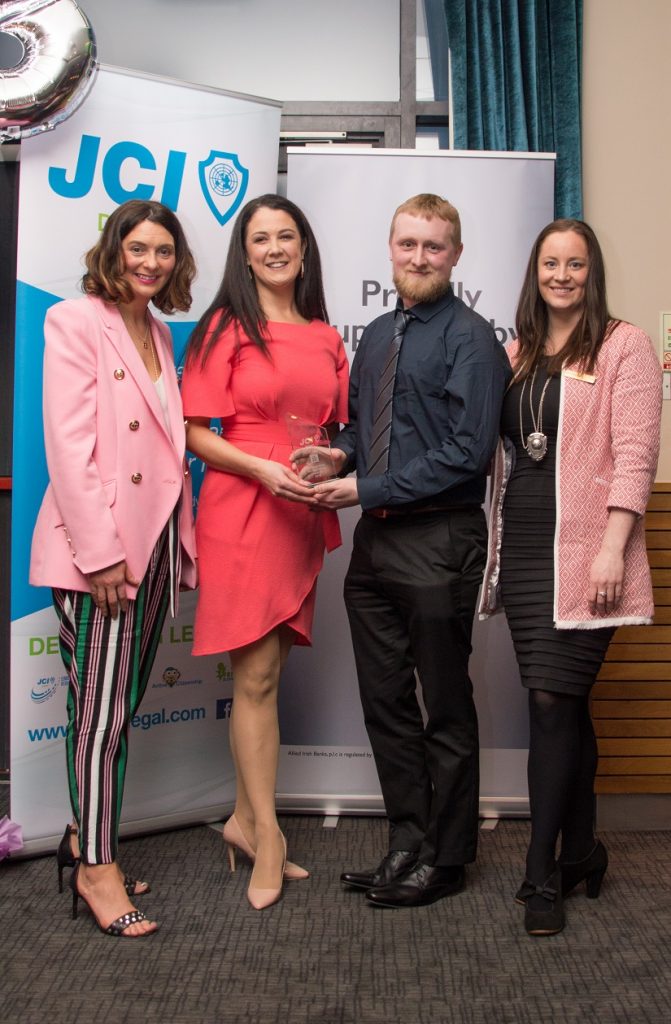 The TOYP Awards serve to formally recognise young people who excel in their chosen fields and create positive change. The honorees, in turn, motivate their peers to seek excellence and serve others. Their stories of discovery, determination and ingenuity inspire young people to be better leaders and create better societies. The competition now moves onto the international level where the world’s ten outstanding young people will be crowned in India in November.

Speaking at the awards ceremony JCI Ireland President, Laura Enache, said: “The TOYP honorees are transformational leaders who have made a huge contribution to our society. They have identified a need in the community and have acted upon it. They have identified the passion in themselves to serve other people and change the world for the better. They are a true inspiration.”

On the night Ronan Neacy, JCI Ireland Director of Community, said: “The honourees have inspired us to not only do better for ourselves but to do better for our communities, our cities and our country.”

Joe Cawley, on behalf of national sponsor AIB, mentioned: “JCI is a wonderful organisation and the TOYP Awards are truly something special. AIB is proud to be backing JCI.”

A raffle was held on the night in aid of the Darkness Into Light charity walk, Pieta House’s flagship annual fundraising and awareness event, which had taken place that morning throughout the country.