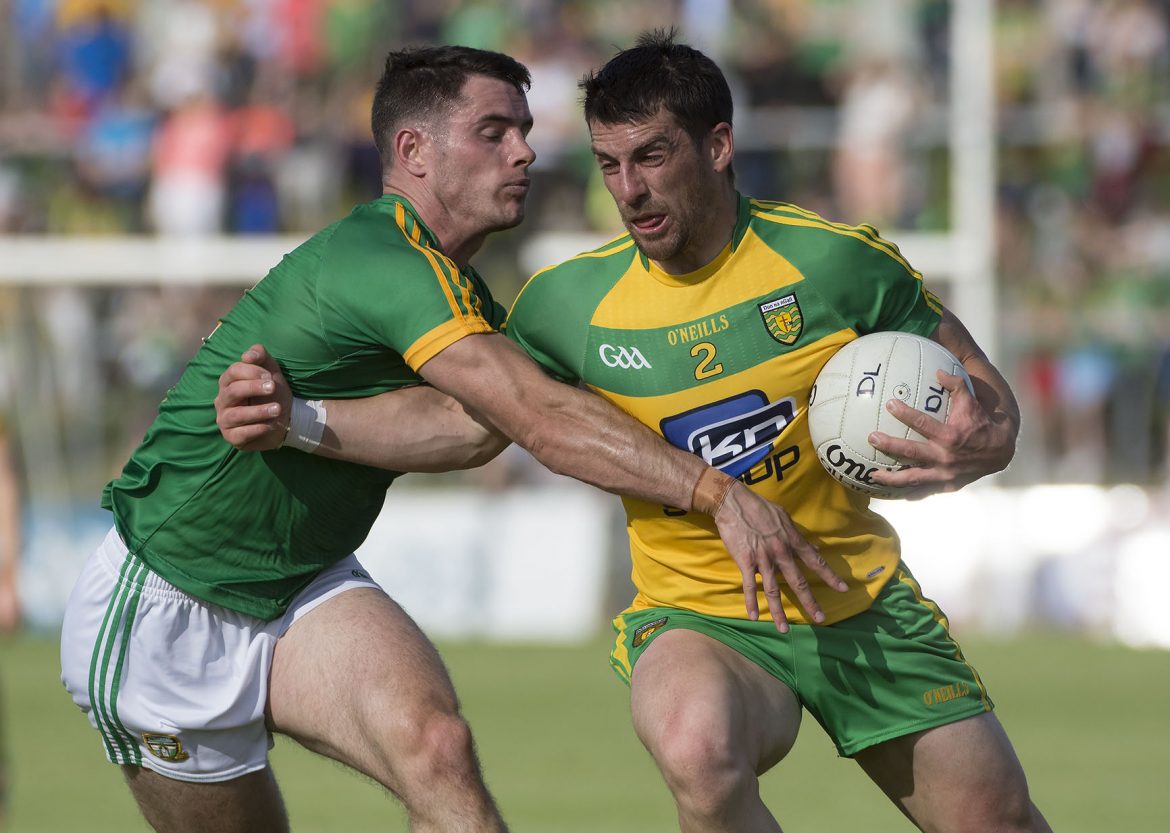 written by Chris McNulty May 23, 2018
FacebookTweetLinkedInPrint

Paddy McGrath and Odhrán Mac Niallias are back in contention to return to the Donegal squad for Sunday’s game against Derry.

The duo missed the preliminary round win over Cavan in Ballybofey through injuries, but could be back in the squad again this weekend.

2012 All-Ireland winning corner-back McGrath played for the first time in 2018 in the final League game against Mayo having been out since the autumn with a posterior knee ligament injury.

The Ardara man took a knock in the game against Mayo, but has been training with the county panel in the last fortnight.

“Oh yeah, he will be in the frame,” Donegal manager Declan Bonner confirmed.

“He has been training well these past two weeks. He came in at the end of the league, played in the last game against Mayo. He actually picked up an injury that day but he is back in and training well.”

Mac Niallais – who opted out of the Donegal squad in 2017 – also missed the Cavan game due to an injury but he too is poised to battle for a place in the XV this Sunday.

Bonner confirmed that Martin O’Reilly, Martin McElhinney and Nathan Mullins would not be back in time for this weekend, though none of the trio are on the long-term absent list with Bonner noting they ‘are not far away’.

Mark Anthony McGinley, who has been out injured since hobbling off in the League game against Kerry in January, played for his club, St Michael’s, on Sunday and will be back in the 26 for Donegal at Celtic Park.

Bonner said: “We want to have as set-up where there are at least two competing for every position. There is great competition there at the minute. It provides headaches for us as management but those are the kind of headaches you want.

“All of these things come into it but at the moment we are looking at what is going on at training and the attitude and application at training is very, very good and it is a nice headache to have.”