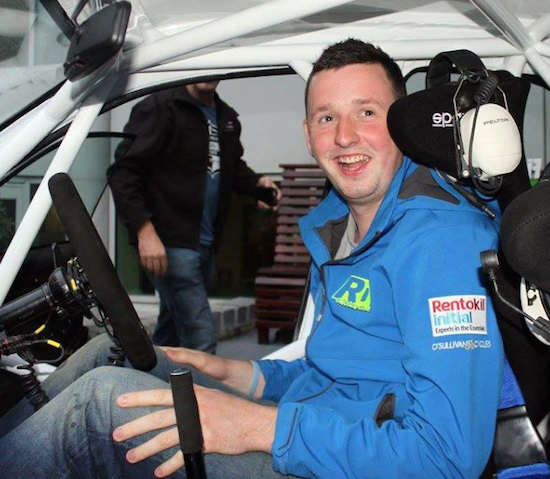 The entry is now closed for this years Donegal International Rally and the programme, maps and entry lists will hit the street this weekend.

Donegal Daily’s Motoring columnist Brian McDaid takes a look at a new face to the Donegal in the R5 class, that of Kerry’s Rob Duggan.

You could say that Rob Duggan from Kerry is outstanding in his field, and you wouldn’t be far off the mark.

Every type of rally car that he has sat behind the wheel of he has got the best possible result from.

Starting in the Fiesta R2 where he finished first in the juniors in the Donegal back in 2014 through to winning his section in the British Rally Championship, and on to rallying in Portugal in a Vauxhall Adam and more recently his success in the national class where. 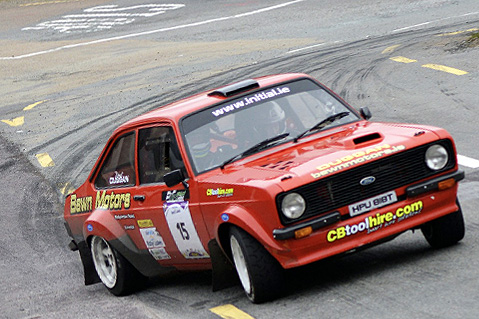 Rob Duugan in Mols gap on his way to a 1st over all in the National of the Rally of the lakes recently.

Even with a gearbox change in the middle of that rally he managed to finish a half a minute ahead of his next nearest competitor for an outright win in Killarney in a Mk2 Escort.

When we made contact with this talented Kerry man we were to find him where most Donegal International Rally fans and competitors are on the run up to the Donegal Rally are to be found, trying to get worked squared up out of the way before June.

Rob was at the same, outstanding but not at rallying but outstanding in the middle of a field at the wheel of a New Holland Tractor which was out running behind a silage harvester trying to save the silage. 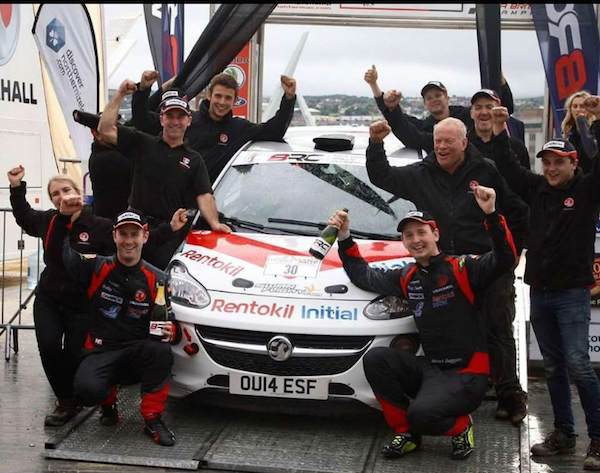 Success in the British Rally championship for Kerry’s Rob Duggan and Ger Convay in a Vauxhall Adam. This crew are entered for the 2018 Donegal International in a R5 Fiesta.

Talking to us from Kerry, Rob Duggan has looked forward to the Donegal Rally for as long as he can remember.

It’s the rally that everyone talks about he recalls making the trip from Kerry as a young spectator to watch the event right through to his start in the junior rally in 2014.

This year (all going to plan) Rob hopes to compete in the event in the R5 class in a Ford Fiesta. Duggan feels now is the time for him to get into the R5.

To date Duggan feels his win in the National Rally recently in Killarney in his Smith and Jones-powered Mk2 Escort was his best result to date.

The pace was high in Killarney but what ever it is about The Donegal, everyone seems to turn the wick up another notch.

Duggan was the winner of the Billy Coleman award for young drivers in 2015 following his performance in both The Rally of the Lakes juniors and the Donegal International Rally juniors that year. 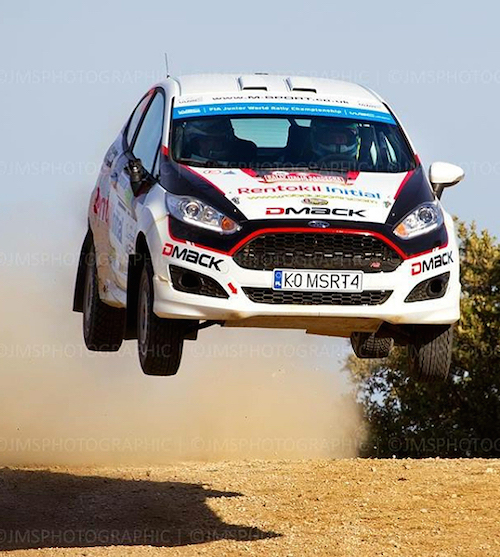 Rob Duggan and Gey Conway in flight on the Portugal Rally in his a Fiesta this Kerry crew are on their way to Donegal in June to compete at R5 level.

This year his success started with a win in the National Rally in a MK2 escort and now its time, he feels to get behind the wheel of a R5 Fiesta. In his opinion, there’s no place better for him to go in a R5 on tarmac than Donegal and the International Rally in June.

Writing this report I feel that I have been down this road before.
In 1993 I was sent down to Cork to cover the rally which James Cullen and the late Ellen Morgan won the event outright in their Escort Cosworth Group N.

That year Cullen in Cork was treated like a king and he didn’t disappoint with his giant killing performance. That was twenty-five years ago and the twenty-four-year old year old Duggan wasn’t even born yet but the driving talent of Cullen going to Cork and winning and one of Kerry’s greatest young drivers Rob Duggan coming up to Donegal feels a little Deja Vu to me.

Even down to the opinion locally that both drivers were only fast in their own back yard. Back in the day Cullen let his driving do the talking and soon silenced his critics and hopefully Duggan will do the same when he leaves the kingdom in the coming weeks to prepare to compete in one of the most sought after titles in Irish rallying, The Donegal. 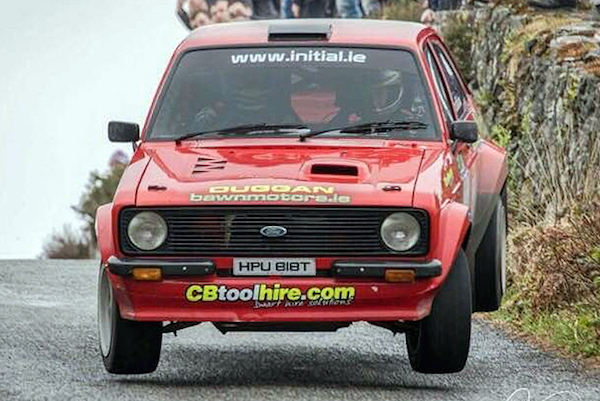 Rod Duggan with his sister on the notes in full flight in his Smith and Jones power Escort MKk2 on The Rally of the Lakes which he won outright in the national rally.

A message for Sponsors

The last thing that is familiar about both James Cullen and Rob Duggan is the fact that they both have talent in abundance but both still have to look for much-needed sponsorship for the events.

On the Rally of the Lakes footage of Duggan and his sister Tara on the notes taking to the air twice through a set of double bumps in their MK2 Escort went viral on social media.

To date 197,000 people have viewed the footage of the car and its sponsors. So just can imagine the interest that will be in this talented young Kerry driver when he arrives in Donegal in the coming weeks.

Don’t forget this Friday night at 7.30pm, the Donegal International Rally which have their press evening at An Grianan Theatre which all are welcome to attend, where they will outline their plans for yet another memorable event.