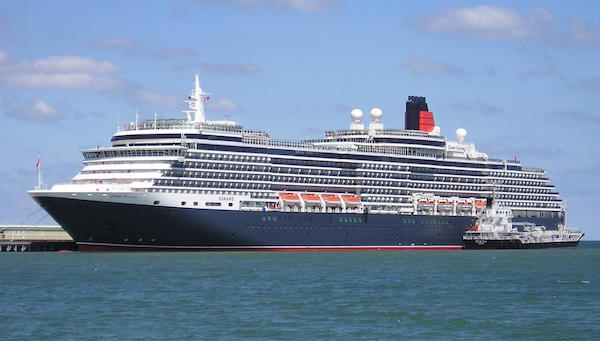 Donegal County Council is looking to increase the number of ocean liners which can dock in Co Donegal and bring a tourism windfall to the county.

Garry Martin, Director of Economic Development with Donegal County Council said cruise ship tourism is something that can be developed for Donegal.

Mr Martin was speaking after the visit of world-famous ocean liner, the Queen Victoria to Killybegs last weekend.

Killybegs was bustling with crowds of people excited to welcome the world famous cruise ship to County Donegal.

This was the first visit of the Cunard line, Queen Victoria cruise ship to Killybegs Harbour on the Wild Atlantic Way.

Mr Martin said the visit of the Queen Victoria was a great success, generating much economic activity locally.

And he added “We need to continue to develop cruise tourism and to adopt a collaborative approach to preparing for increasing numbers of visiting cruise ships to Donegal, there is potentially a significant economic value in cruise tourism for the local economy.”

He added “we are looking forward now to the visit of the Queen Elizabeth on 20th July 2018”. 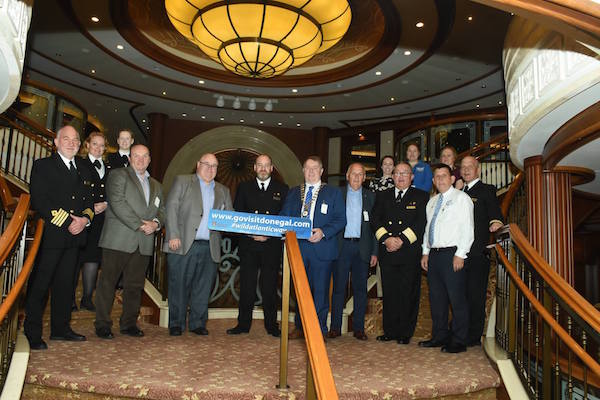 Launched by Camilla Parker Bowles following a €39m makeover last year, the Queen Victoria attracted large numbers of visitors from all over Donegal and further afield who travelled to Killybegs and surrounding areas to catch a glimpse of the luxurious cruise ship.

Captain Tomas Connery successfully navigated the 90,000 tonne ocean liner, only slightly shorter than the Eiffel Tower, into Killybegs Harbour with the help of his Third Officer Nuala O’Donnell who hails from Fintown.

Nuala O’Donnell was delighted to have the responsibility of sailing the Queen Victoria into Killybegs Harbour just before the Captain took over to make the final turn to come to a stop alongside the pier.

Nuala, who trained at the National Maritime College in Cork, was greeted by her proud family who were waiting to welcome her home to Donegal.

Captain Connery along with other senior crew members joined Cathaoirleach Gerry McMonagle, Donegal County Council, Director of Economic Development Garry Martin and Head of Tourism, Barney McLaughlin in the Chart Room for the presentations where they also had the opportunity to discuss the potential of cruise tourism and gained a valuable insight from Captain Connery on his experience of arriving into Killybegs.

Captain Connery and his team were also delighted to have met Henry Coleman, as football fans, they wanted to hear more about Killybegs native and football star Seamus Coleman.

The visiting delegation was treated to a tour of the ship including a visit to the Britannia Club restaurant, the ballroom and the magnificent theatre on board.

The Queen Victoria visit was successful thanks to the hard work of local people and Cathaoirleach Gerry McMonagle said that “the collaborative approach by local people including community groups, individuals and local businesses ensured that the day was a great success and visitors had a positive experience in Killybegs and surrounding areas”.

The team at Killybegs Information Centre were busy with their popular Hidden Gems and Hidden Delights tours that were guided by local people and they had organised a shuttle bus.

Representatives from Donegal Tourism and the Killybegs Information Centre were on hand at the pier to provide visitors with details of the local area including a Killybegs town map, the Donegal Tourism brochure and a list of local entertainment. Local businesses arranged entertainment such as the craft fair in the Bay View Hotel and Irish music and dancing in local venues.

Julie Parkinson and Elaine Quinn from Killybegs Company, Sinbad Marine had a vital role in the organisation of the visit of the Queen Victoria. As local shipping agents in Killybegs, this visit would not have been possible without their expertise and assistance.

Captain Connery, who is from Hook Head, was impressed with the port facilities in Killybegs and said that he was delighted to have the opportunity to visit Donegal.