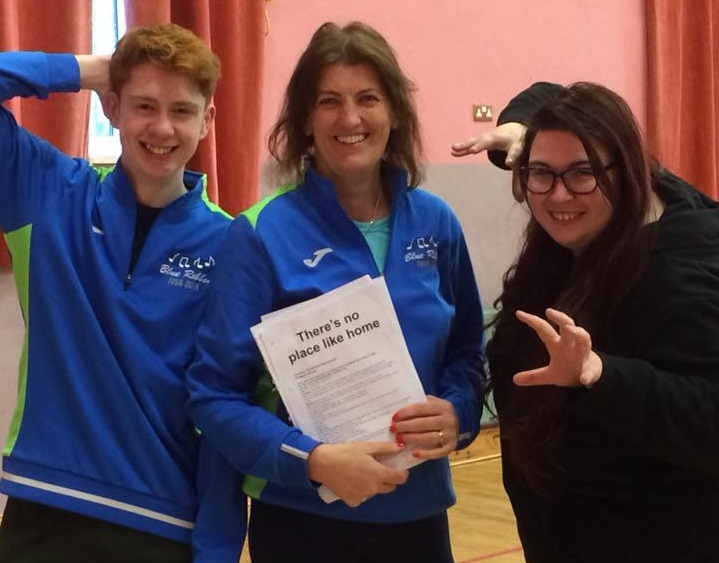 All roads lead to the theatre next Thursday and Friday as the Blue Ribbon Arts group host their 20th anniversary show!

On Thursday, 31 May and again on Fri June 1st, the talented young Blue Ribbon Arts performers are taking to the stage in An Grianan Theatre Letterkenny with an original panto based on The Wizard of Oz.

There’s No Place like Home, featuring debuts from children from Mountcharles to Kilross, Fanad to Carrigart, is set to be a hilarious comedy guaranteed to amuse the whole family. Tickets are on sale now at angrianan.ticketsolve.com

This week is a time of big celebration for Blue Ribbon Director Brighdín Carr. The Lurgybrack NS teacher has taken a trip down memory lane as she looks forward to following the yellow brick road to the stagedoor next week. 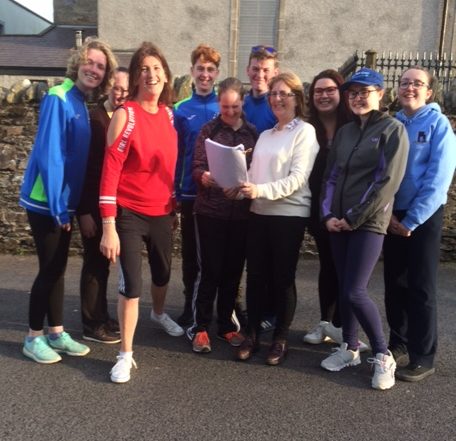 When Blue Ribbon Arts first grabbed the attention of the Donegal public back in ’98, little did founder and Director, Brighdín Carr expect the avalanche of support and interest of the last two decades to gather momentum the way that it has done.

The range of extracurricular activities available to children back then were limited, and although coaches and teachers were doing all they could to facilitate extra curricular interests, Blue Ribbon Arts was the forerunner in promoting the idea that inclusivity of all children was paramount to the growth and development of Donegal’s children with an interest in drama, music, dance and cooperative teamwork. 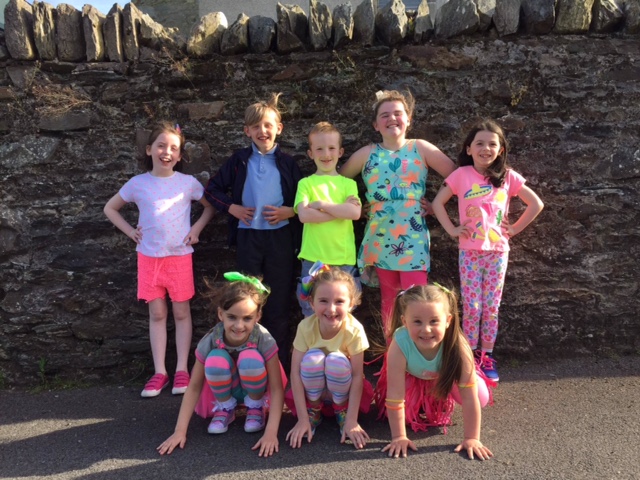 Since its birth in 1998, Blue Ribbon Arts has flourished, not only as a club in itself, but as an example to the many new clubs, from dance, drama and music, founded in the county in its wake, of how important the development of every child as a rounded individual is not a result of talent alone, but of teaching the values of friendship, teamwork, goal-achievement and inclusion – an idea that has sustained and nourished its members through the years.

In a world where emphasis and pressure is on children to be ‘better’ than anyone else, this ethos is never part of the Blue Ribbon philosophy, as children are encouraged to be the best that they can be, in competition with their own selves, not other members. This approach, although alternative, suited the families who strive to achieve happiness above all else for their children, hence the reason Blue Ribbon is enjoying twenty years of small, but valuable, success. 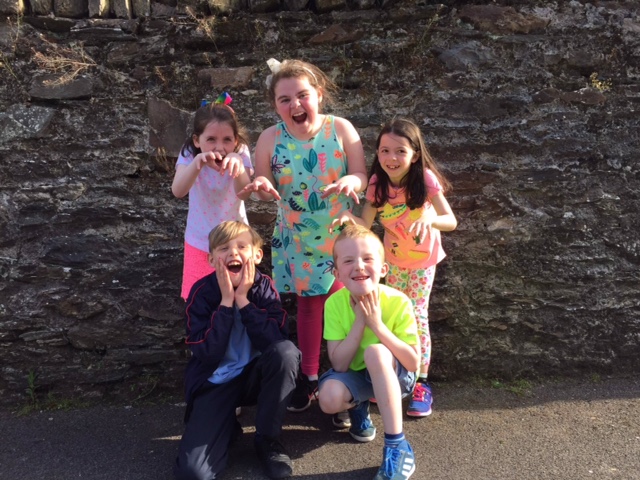 Several local charities have been part of Blue Ribbon’s many projects over the years, from People in Need to SVP, DPR and Pieta House.

Therefore, Thursday night’s performance is for Children’s Ward Letterkenny ( in memory of Natasha Melaugh, formerly Lurgybrack NS, who passed away in 1999, and to whom one of our seats are donated in the Theatre) and Mary’s Meals, Letterkenny (Stefany Patton’s gran, Ms Ann Shevlin won that particular battle!)

Friday night’s performance is in aid of Cairde le Chéile (Blue Ribbon’s first charity venture 20 years ago) and Relay for Life (Team Academy), a cause close to our hearts, given the group’s close involvement with the live broadcast of the Gospel hour on Highland Radio every Sunday during the annual event. This year, Relay for Life takes place on the Sunday after the show, 3rd June. 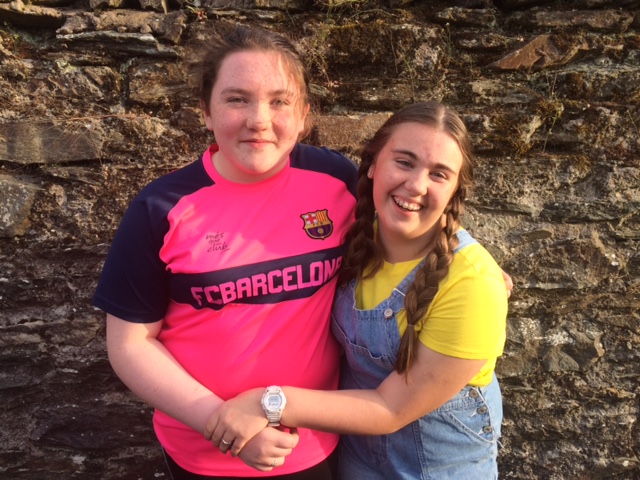 ‘These children have worked so hard, now it’s time to present our show, which will be guaranteed to be as much fun for the people onstage as for the audience’ – Bridgin Carr

Who’s who in the cast:

Auntie Em (Charis O Donnell, Sessiaghoneill ) and Uncle Henry (Shauna O Donnell, Lurgybrack NS) couldn’t get her into the shelter in time, but with the help of His Majesty King Bert (Paddy McGeever, Scoil Eoin Bhaiste, Carrigart) and his queen, (Caoimhe Coyle, Carrigart) and all the magical munchkins, Dorothy follows the yellow brick road to find the Emerald City. 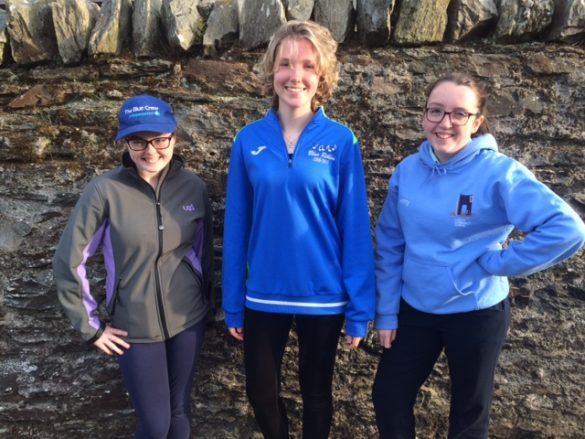 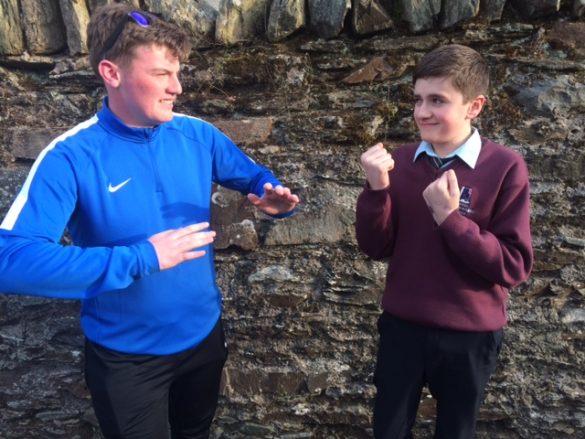 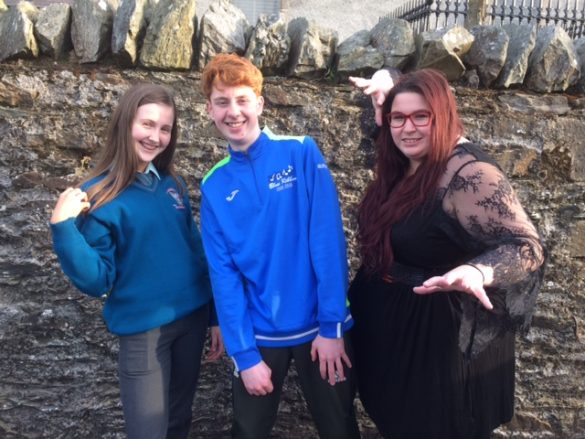 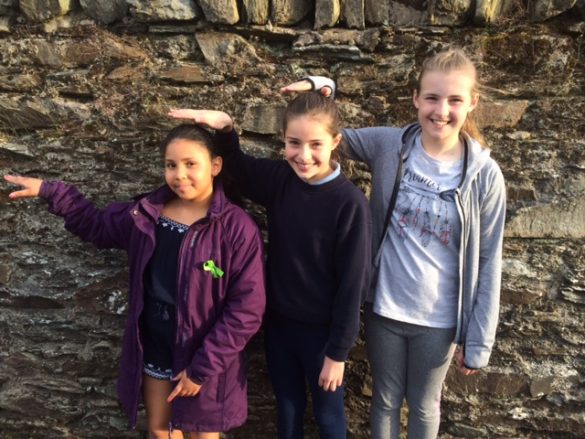 See No Evil, Hear No Evil and Speak No Evil (Ciara Cheevers, Scoil Mhuire gan Smal; Maggie Ward and Bláithín Gallagher, both from Gaeilscoil Adhamhnáin) assist everyone to keep on track and help get Dorothy back to Kansas safely.

Tickets are available online at An Grianan Theatre or call 0749120777

Get your tickets now at angrianan.ticketsolve.com

There’s no place like home for Blue Ribbon as they host big stage show was last modified: May 24th, 2018 by Rachel McLaughlin
Tags:
Blue Ribbonbridgin carrdramaEntertainmentMUSIC