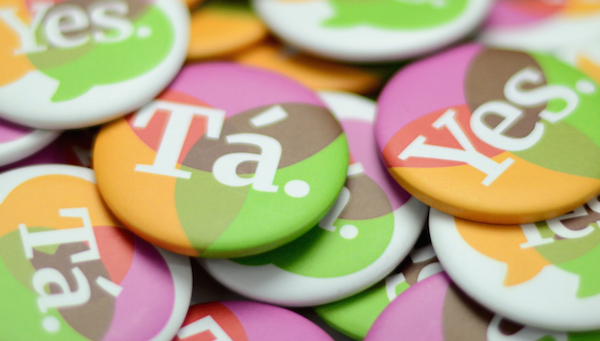 Breaking: Ireland on course to vote Yes in abortion referendum

written by Stephen Maguire May 25, 2018
FacebookTweetLinkedInPrint

Ireland is on course to repeal the Eighth Amendment after a massive turnout of young people led the yes vote in the abortion referendum.

The poll, conducted for The Irish Times by Ipsos/MRBI, suggests that the margin of victory for the ‘Yes’ side will be 68pc to 32pc.

This is the first exit poll after polling stations closed at 10pm this evening.

It suggests that Ireland has voted overwhelmingly in favour of changing the constitution so that abortion can be legalised.

A total of four thousand voters were polled as they left polling stations today.

The sampling began at 7am and was conducted at 160 locations across every constituency throughout the day, according to the Irish Times.

Polling stations closed at 10pm this evening and voter turnout of up to 70pc was recorded in some parts of the country.

The highest ‘Yes’ vote was in Dublin where some 77pc voted to repeal.

Although Dublin was predicted to deliver a strong ‘Yes’, campaigners on the ‘No’ side believed the rural vote would favour them. However, 60pc of voters in rural Ireland voted to repeal.

The Irish Times exit poll shows the rest of Leinster outside of Dublin voted 66pc to 34pc for ‘Yes’.

The Connacht-Ulster poll forecast is important as these provinces were expected to deliver a strong vote in favour of retaining the Eighth Amendment, which hasn’t been borne out in this exit poll.

Women were strongly in favour of repeal, according to the poll, with 70pc in favour, and 30pc against.

Some 65pc of men who voted were in favour of repeal, while 35pc were against.