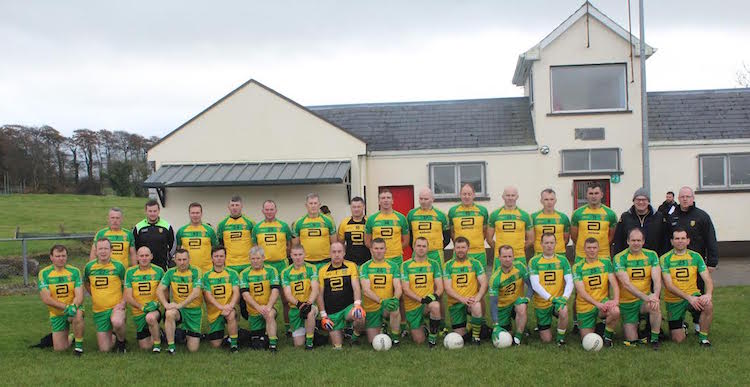 The Donegal Masters are back in action on Saturday when they face Tyrone at Coláiste Ailigh in Letterkenny (2pm).

It is round two for Donegal in this year’s competition after opening up with a 1-12 to 1-8 win over Monaghan.

Last year, Donegal went all the way to the semi-finals where they lost to Mayo.

Val Murray of Aodh Ruadh is again at the helm and has retained the services of key players like John Haran, Brian McLaughlin, Gerard McGrenra, Michael Ward and Eamonn Doherty.

Former Donegal midfielder Paul McGonigle played in last year’s side, but has had to step aside this year due to his commitments as a selector with Declan Bonner and the Donegal senior team.

Donegal have games against Down, Sligo, Longford/Leitrim, Mayo and Roscommon this year and in two weeks’ time they travel to face London in Ruislip.

Donegal Masters to host Tyrone in Letterkenny tomorrow was last modified: May 25th, 2018 by Chris McNulty