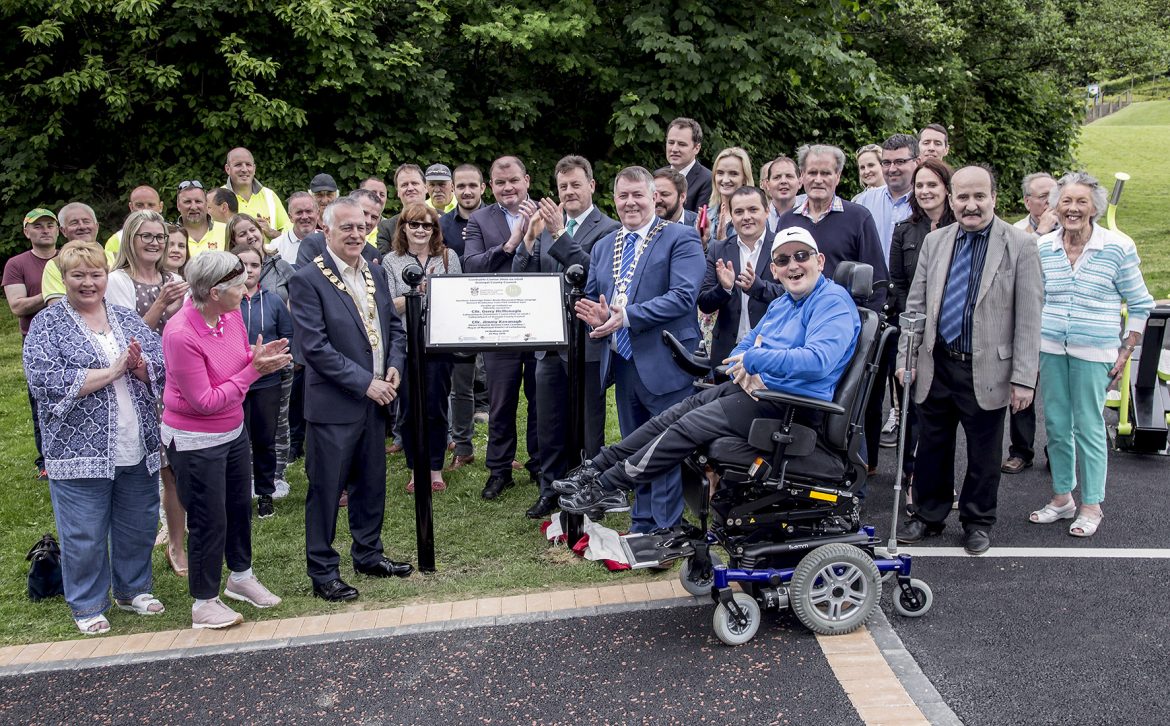 The sun shined, the birds sang and the smell of freshly cut grass lingered in the air as the new outdoor gym in Letterkenny Town Park was officially opened on Thursday afternoon.

The new outdoor gym in Letterkenny Town Park has been officially opened, just in time for summer! Cathaoirleach Gerry McMonagle, Letterkenny Mayor Jimmy Kavanagh and Donegal County Council staff member Christopher McBrearty did the honours yesterday, and everyone is now welcome to use the equipment. Read more here: https://www.donegaldaily.com/2018/05/25/letterkenny-gets-a-health-kick-with-the-launch-of-new-outdoor-gym/Video by John Nee

The outdoor gym is another welcome addition to what is one of the finest public parks in the country and offers a wide range of equipment including a walker, cross trainer, bicycle, stepper, chest press, hand cycle, arm stretch, fitness rider and bench presses. 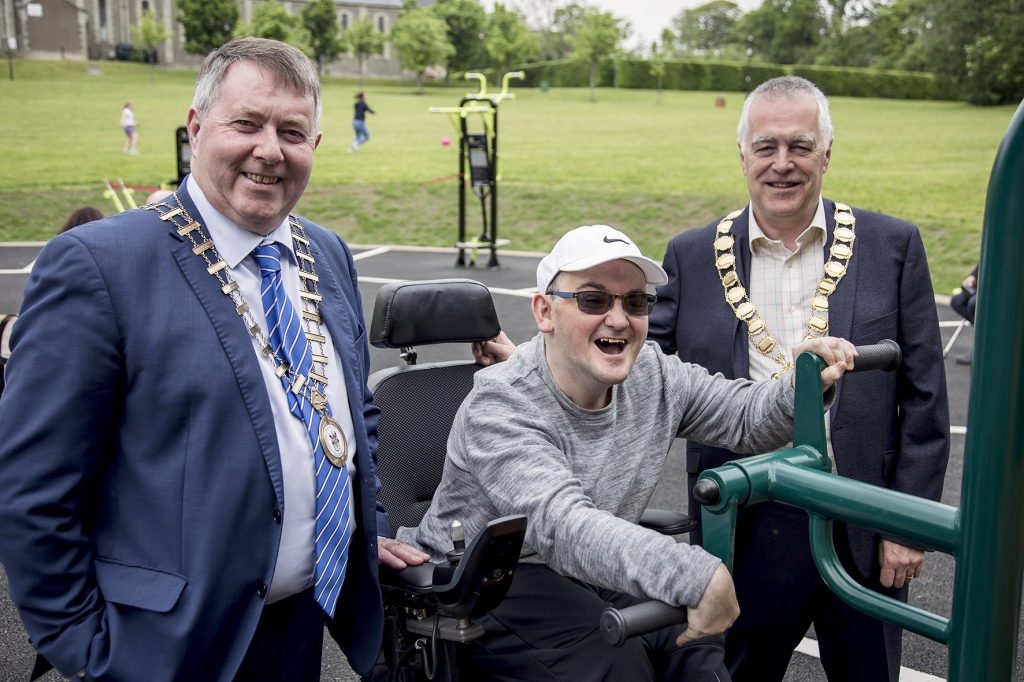 The concept of the outdoor gym has grown in popularity across the world and studies show that exercising outdoors has additional health benefits in that it helps lower blood pressure and reduces stress.

Cathaoirleach Cllr. Gerry McMonagle believes that this new outdoor gym will go a long way to encouraging greater levels of activity among all age groups saying “having this type of a facility, in such a lovely setting, will certainly encourage more people to get active.

“The equipment is easy to use and a simple twenty minute workout a few times a week will make such a difference to someone’s health, I would encourage everyone to come along and give it a go. I would also encourage groups both in Letterkenny and throughout the county to make use of this new facility, which is free of charge, by bringing groups along and supporting them to use the equipment.” 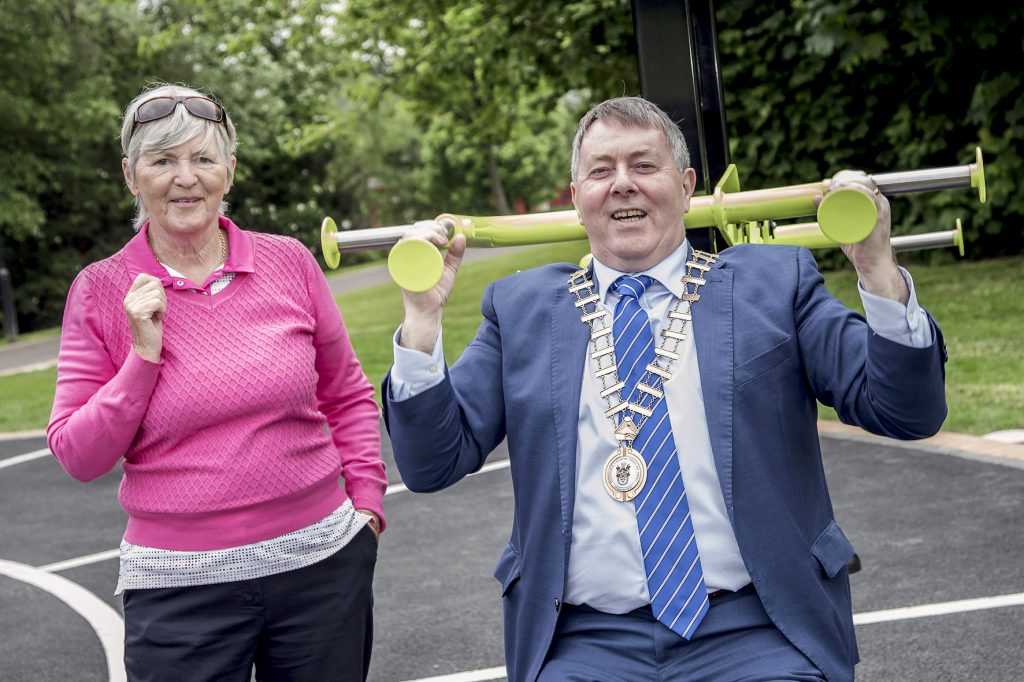 Cllr Jimmy Kavanagh, Mayor of Letterkenny MD agreed and also highlighted the positive mental health benefits of an initiative such as this. “This is Mental Health Awareness Month and I think it is very fitting that we are officially opening this new outdoor gym at this time. There is such a close link between positive mental health and physical activity and to have this facility available, open and accessible to everyone is an important step forward in creating healthier and more active communities. I think this new facility will go a long way in supporting initiatives such as the HSE’s very successful Green Prescription initiative.” 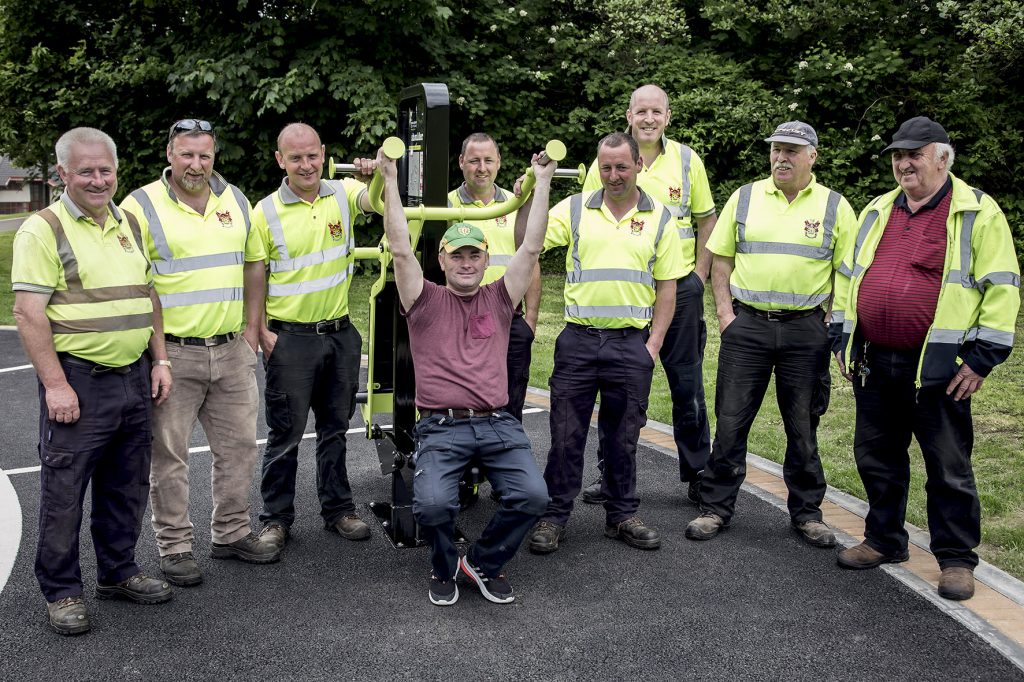 Council staff from the Letterkenny Roads Service and the Parks & Outdoor Spaces section trying out the equipment in the new Outdoor Gym at Letterkenny Town Park which was officially opened yesterday.

This new outdoor gym was funded under the Healthy Ireland Fund which is administered by Pobal and the Donegal Local Community Development Committee (LCDC). Chair of the committee Cllr. Martin McDermott said “the value brought to bear by this funding is clear for everyone in community to see and the Donegal LCDC is keen to ensure that all the funding streams that are administered through the committee has a real and meaningful impact on the lives of people living in Donegal and this new outdoor gym is a great example of this.”

Also speaking at the event, Director of Service with Donegal County Council Liam Ward acknowledged the input and support received from various community led groups in particular the Donegal Older Peoples Council in the development of this new outdoor gym. He also acknowledged that their support was fundamental in securing funding under the Healthy Ireland fund. €43,000 was secured under this fund for the equipment and material for the Outdoor Gym while the Council’s Letterkenny Roads and Parks & Outdoor Spaces sections undertook the work. 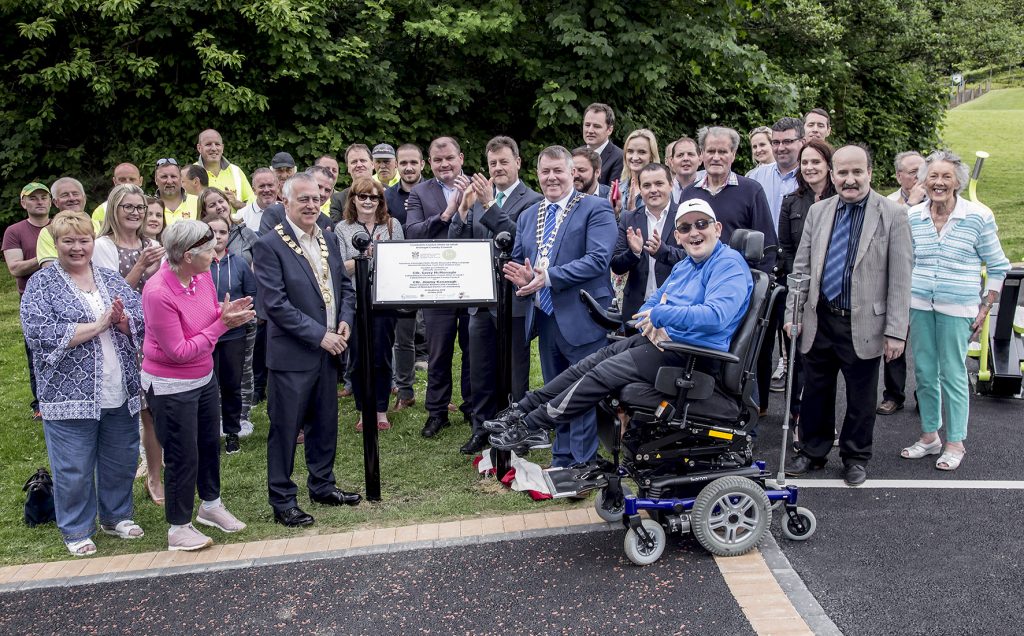 The management and staff of Councils Roads Service and the Parks and Outdoor Spaces section were thanked and there was a special mention for the town gardener David Donnelly and his team who work hard to keep the park in tip top shape throughout the year.

The Council’s Community & Enterprise Directorate, the Donegal Sports Partnership and the Older Persons Council were also acknowledged and funders including the Department of Health, Healthy Ireland Fund, Pobal and Donegal Local Community Development Committee (LCDC) were also thanked for supporting this initiative.

Letterkenny gets a health kick with the launch of new outdoor gym was last modified: May 28th, 2018 by Rachel McLaughlin
Tags:
exerciseHealthy IrelandLetterkenny Town Parkoutdoor gym