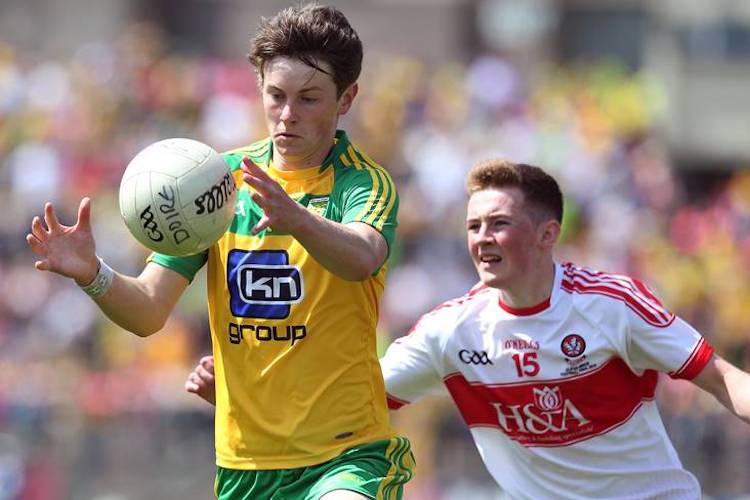 Listen: Mark Curran looks ahead to U20 Championship joust with Cavan

Mark Curran might be based in Dublin, but the hard rigours of Championship preparation are no less intense.

The Dungloe man will be part of the first U20 team from Donegal to enter a Championship arena on Sunday when they face Cavan in Celtic Park.

“It’s all about the game,” Curran says.

“It’s been a long time coming. It’s enjoyable and it’s what to do.

“We feel we know each other very well and feel comfortable playing with each other. When you go to training, it almost feels like a club training.”

Curran beats the performance drum and says Donegal have to show up on Sunday, when they can expect to dance with Derry in searing temperatures.

He says: “Cavan will be no pushover, they’re a very good team.

“We saw last year with the minors, when they didn’t perform against Antrim they lost. You have to perform.”