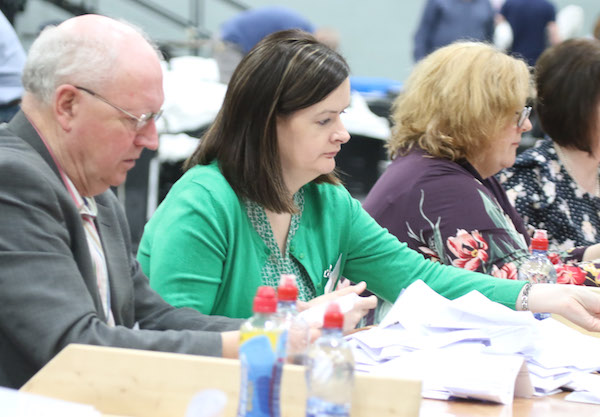 Abortion Referendum: Could Donegal be about to vote no?

Donegal looks like one of the few counties in the country which could return a no vote.

Those boxes relate mainly to the Inishowen peninsula, Letterkenny and Glenswilly.

The Inishowen electoral area has suggested that the peninsula will certainly return a no vote in the abortion referendum.

A number of boxes in rural Inishowen have suggested a strong no vote there.

It is slightly closer in the more urban areas such as in the heart of Buncrana and Moville where the vote is split in many places while there is a slightly stronger yes vote in some.

It is early days here in the count centre at the Aura Leisure Centre in Letterkenny.

Deputy Doherty has admitted that it will be a very close contest here in Donegal.

Boxes are still being opened with both the no and yes campaigns suggesting a very close contest in Donegal.

But it appears that Donegal could be again about to return a no vote.

Abortion Referendum: Could Donegal be about to vote no? was last modified: May 28th, 2018 by Stephen Maguire