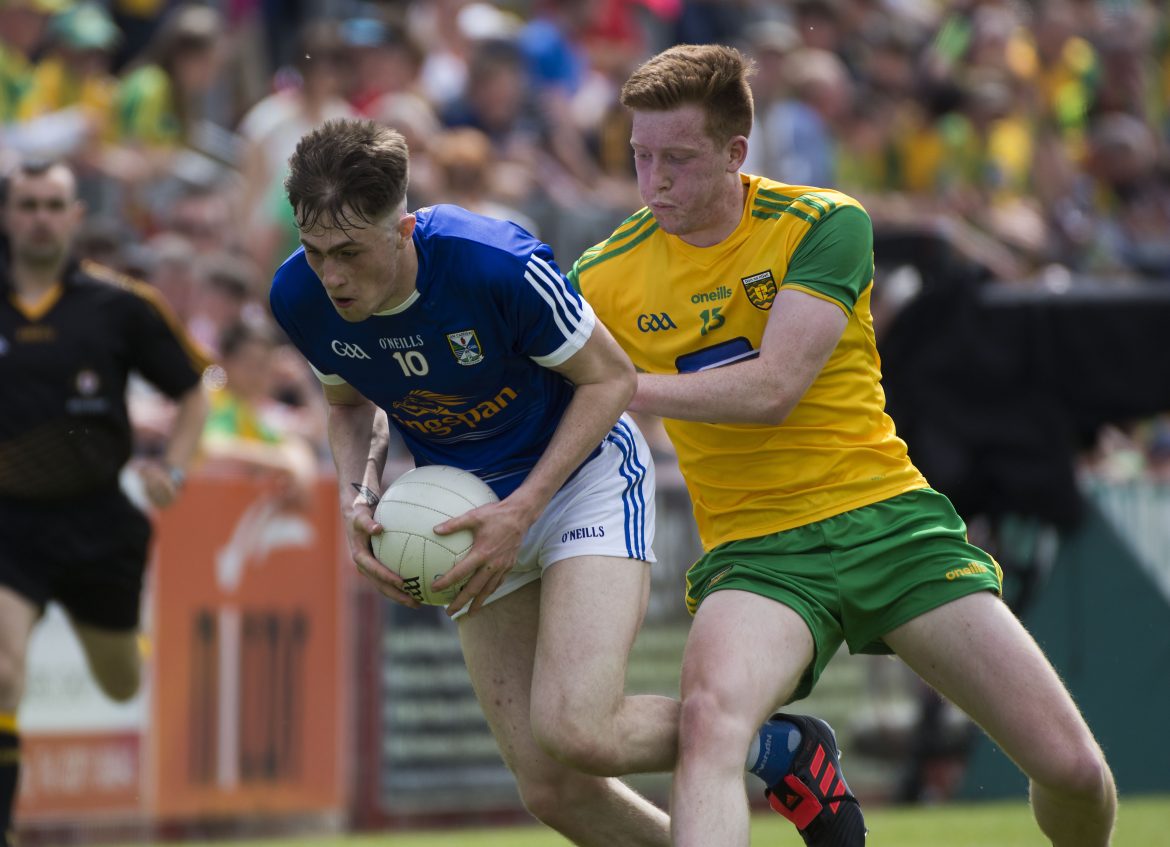 NIALL O’DONNELL WAS on fire as Donegal’s side made a fine start to their Ulster Championship campaign with a comprehensive victory over Cavan at Celtic Park in Derry.

The side managed by Gary Daid had O’Donnell in fine form with the St Eunan’s forward, who made the decision to line out at the age bracket having represented the seniors this year, scoring 1-12 in an excellent personal performance.

Donegal were full value for their 17-point win and will now take on Derry in the quarter-final next Sunday morning at 11:45pm at Healy Park in Omagh.

O’Donnell was also the provider for the opening goal of the game on 25 minutes when his crossfield pass was caught by Nathan Boyle, who in turn smashed the ball past Gary O’Rourke in the Cavan goal.

That made the score 1-7 to 0-3 and by the break, Donegal were 1-10 to 0-3 in front after getting better the longer that half went on. Shane McGrath, Peadar Mogan and Nathan Boyle were all on the mark in the opening stages.

O’Donnell slapped home a second goal then with 10 minutes to go, on the run, with Ryan Cunningham the provider.

After the break, Cavan came within a whisker of pulling a goal back when Stephen Smith got to the byline and whizzed a shot just wide of the far post.

Then, Cavan missed another golden opportunity when Conor Smith blazed wide in front of a yawning goal on 37 minutes.

In-between times, Donegal kept the scoreboard ticking over with Gallen kicking his second of the day and O’Donnell

Cavan’s case wasn’t helped when substitute Gavin Daly, who was dismissed only two minutes after coming on for an off-the-ball incident.

That came right before O’Donnell’s scoring of Donegal’s second goal and with a minute to go, O’Donnell was substituted to a standing ovation. It was certainly well deserved.