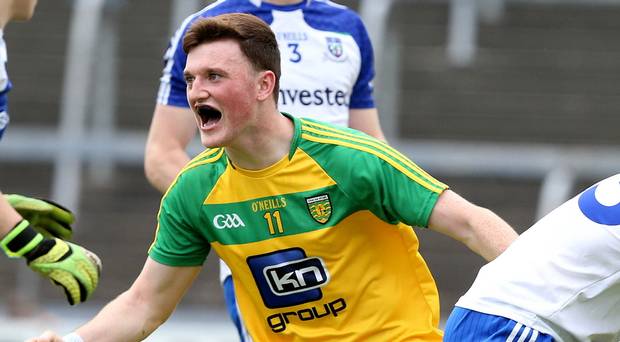 Niall O’Donnell has made the decision to drop down from the Donegal senior squad to team up with the U20s panel.

O’Donnell had featured quite often in the senior panel during the national league. The decision comes as a bit of a shock but U20s boss Gary McDaid will be delighted to retain the services of the talented forward.

The St Eunan’s forward will be a massive boost to the side and will give Gary McDaid a real talisman to operate in the forward line.

Back when this squad played at minor level, O’Donnell joint-captained the team alongside Jason McGee. The pair were both involved in the senior team at the start of the year but made the decision to drop down before the championship started.

This was key as they wouldn’t have been allowed to join the U20s panel had they already played for the senior team in the championship.

Having won the minor title at this age group there will be a lot of expectations on the side. The return of probably the most experienced duo in the team will be vital moving ahead.

This is the first year that the U21 championship has been restructured to U20 which will give a different feel to it. In previous years both O’Donnell and McGee would have been able to feature for both the U21s and senior teams.

The clash against Cavan will be the first competitive test of the year for this side as there is no league involved for the U20s.