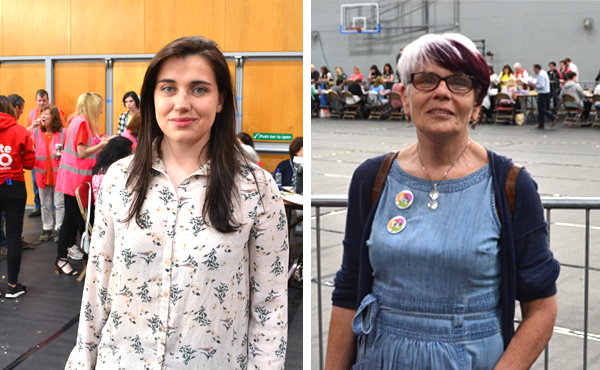 Saturday May 25th was a day of mixed emotions for those who passionately campaigned in the Eighth Amendment referendum.

Emotions were high at the count centre in Letterkenny – perhaps even higher than other constituencies as Donegal declared Ireland’s only No vote. Pro-life and Pro-choice groups both had victories and losses to process when Donegal returned a 51.87% No Vote, while Ireland had an emphatic 66.4% Yes to repeal the Eighth Amendment.

Speaking at the count, Ballybofey student Sarah Gillespie (21) said she was proud of her home county for voting against abortion. 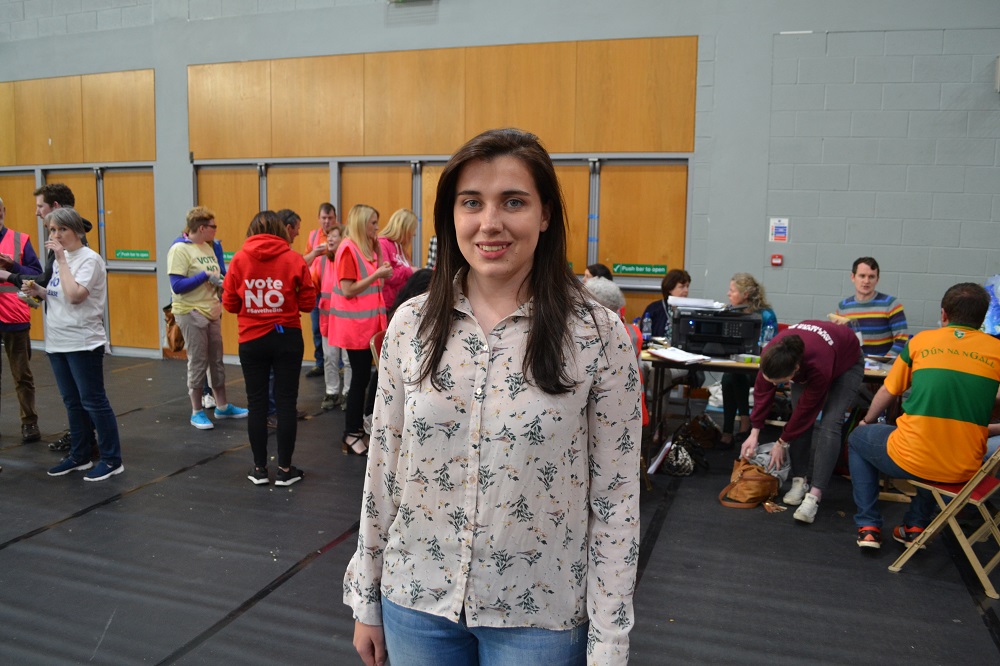 Sarah travelled home from Pennsylvania last week to join the pro-life canvas. “I’m proud for those who did go out to vote No,” Sarah told Donegal Woman.

“With the overall country’s result, I am disappointed. The Eighth Amendment is about equal right to life and so this is the first country to vote to remove the words from the Consitution.

“This is very much a human rights issue for me. I voted yes in the marriage referendum in 2013 because of the same reason, for human rights.

“I am disappointed with the result but of course this is a democratic vote.”

Sarah said she believes the next steps for the Love Both and Save the 8th campaigns will be to focus on positive reform of the other issues in healthcare.

“I am very much in support of other healthcare services, such as getting beds in hospitals, there are over 500,000 people on hospital waiting lists, and there is no cancer unit in service in Donegal right now.

“Hopefully Ireland can unite to focus on these issues as well as the other ones we have,” Sarah said.

This referendum saw a surge in young voters and additions to the supplementary register, with the majority of voting to repeal the Eighth. Despite the result, as a young campaigner, Sarah was glad to see her generation taking action.

“I always think it’s so important to vote, regardless of what you are voting for, so I’m happy they did come out to vote.” 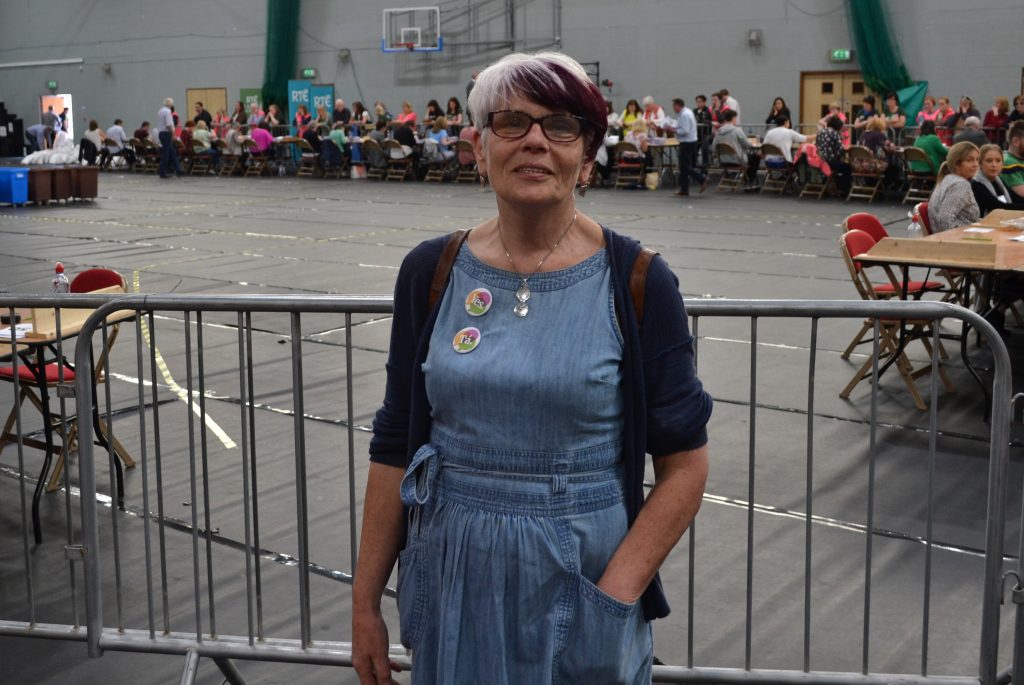 Nora Newell at the Letterkenny count, 26th May 2018

Nora Newell of Donegal Together for Yes was excited for the pro-choice campaign securing a national victory.

The Galway native who moved to Letterkenny in the 80s has campaigned for women’s rights for decades. She marched in the 1979 Women’s March in London, she campaigned against the Eighth Amendment in 1983 and every referendum since.

The national result to Repeal the Eighth is a step forward for Irish women’s rights, Nora said. Her celebrations began when the exit polls showed a landslide victory for Yes on Friday night.

Donegal had voted against the proposal by 48.13% Yes to 51.87%. However, parts of Donegal in the Sligo-Leitrim constituency including Ballyshannon and Bundoran, voted heavily in favour of repeal with over 60% in the Yes vote.

“Last night I had the confidence to say it was going to pass but still there was still always a bit of nervousness. After the poll I thought ‘Yes!’.

“The Donegal result is disappointing but if I hadn’t seen the polls I think I’d be happy because the swing is so big.”

Nora said she has been amazed by the passion of young people taking action, sharing their views and voting in the referendum.

She said: “It is so inspiring to meet so many young people campaigning. The young influence was amazing.

Nora said that she and the Together for Yes campaign have faced strong levels of animosity during canvassing in recent weeks, but Saturday’s result has proven to be a clear national victory for the group.

She said: “I have been screamed at on the street, people have called me a murderer and a killer and that I should be ashamed of myself.

“And so for me, the biggest thing now is that Irish women can have what was their right and they no longer need to be ashamed.”

Now that the 36th Amendment has been passed, Minister for Health Simon Harris has announced he plans to bring a request to Cabinet on Tuesday to begin the drafting of the legislation for termination of pregnancy in Ireland.