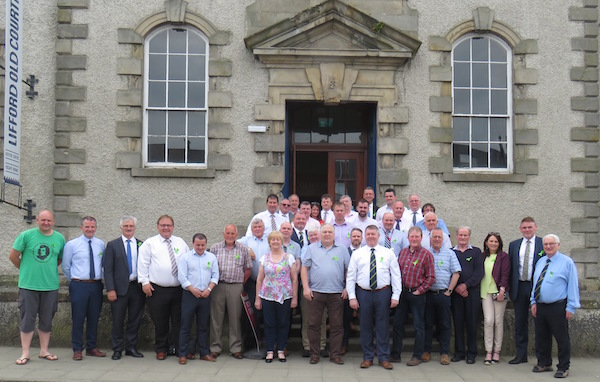 The elected members of Donegal County Council were keen to highlight their support for the annual green ribbon campaign which takes place every May and is about getting people to talk openly about common mental health problems.

The members of the Council wore their green ribbons during Monday’s Council meeting.

The Green Ribbon campaign promotes open conversation about mental health and it challenges the associated stigma that sometimes comes with it.

“If this simple act of wearing a green ribbon helps encourage others to speak out, feel less alone and seek support then it is certainly worth it.

“Donegal County Council has for many years supported the promotion of positive mental health and of tackling the stigma associated with mental illness and it is great to see the strong support from everyone on the Council to this very important issue” says Cathaoirleach Cllr Gerry McMonagle.