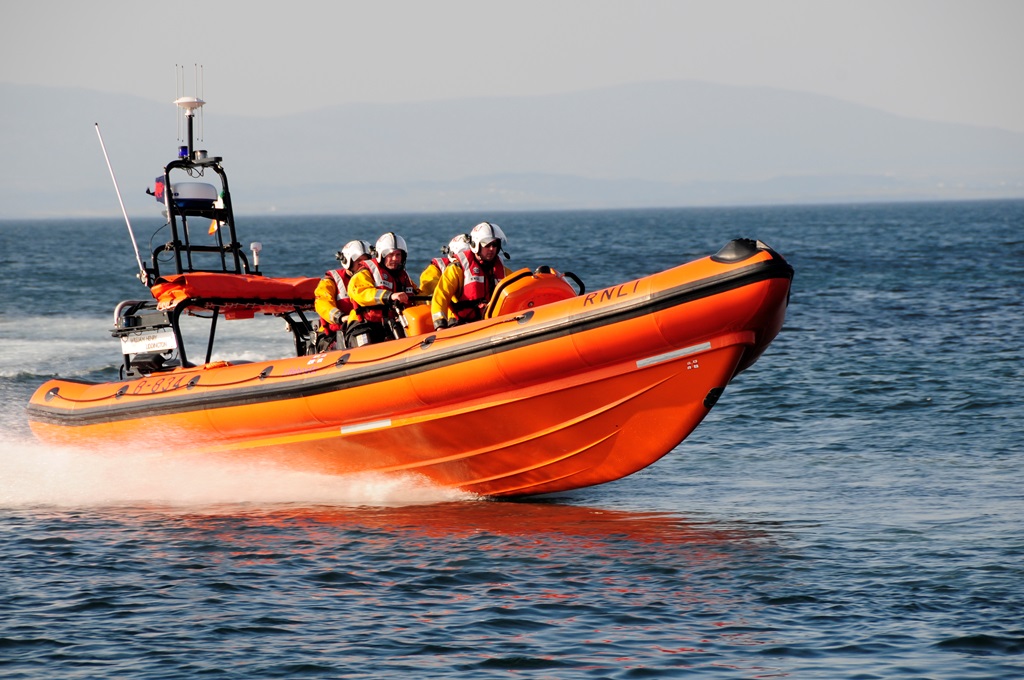 Man and boy saved after emergency incident off Donegal beach

written by Rachel McLaughlin May 28, 2018
FacebookTweetLinkedInPrint

A man and a boy were rescued by volunteers from Bundoran RNLI, with assistance from local surfers and beachgoers, following an emergency at Bundoran beach yesterday.

The man and boy had been enjoying a day out at the seaside when they got caught in a rip current off Bundoran beach on Sunday afternoon.

The alert was raised after 3pm for a man and boy in trouble in the water at Bundoran’s main beach, which was packed with visitors enjoying the good weather.

The lifeboat helmed by Brian Gillespie and with three crew members onboard launched immediately and was on the scene in minutes. Meanwhile, RNLI shore crew from the station made their way to the beach on foot to also assist.

On arrival, the lifeboat crew observed that local surfers were attending to the man in the water while two members of the public were attending to the boy on the beach who had been pulled out of the sea. Both were being treated for the effects of swallowing a considerable amount of sea water.

Casualty care on the lifeboat continued until the arrival of the Irish Coast Guard Rescue 118 helicopter from Sligo. The man was subsequently airlifted and brought to Sligo University Hospital while the boy was transferred to hospital by an ambulance crew.

Speaking following the call out, Tony McGowan, Bundoran RNLI Lifeboat Operations Manager said: “All at Bundoran RNLI would like to wish both casualties a speedy and full recovery following their ordeal yesterday afternoon. We would also like to commend the quick actions of the local surfers and the members of the public who went to their assistance as the lifeboat made its way to the scene.

“Rip currents are strong currents that can quickly take swimmers from the shallows out beyond their depth. Should you get caught in one, try and stay calm, don’t panic. If you can stand, wade, don’t swim. Raise your hand and if you can, shout for help.

“Never try to swim against the rip or you will get exhausted. Swim parallel to the beach until free of the rip, then make way for the shore. If you see anyone in difficulty, call 999 or 112 and ask for the Coast Guard.”

Prior to this incident, the Malin Head Coast Guard has requested the inshore lifeboat to launch at 3.07pm following reports that a boy was missing on Rossnowlagh Beach.

However, as the lifeboat prepared for launch, updated information came through that the boy at Rossnowlagh had been located but that in a separate incident, and the alert was raised for the man and boy in trouble in the water off  Bundoran.