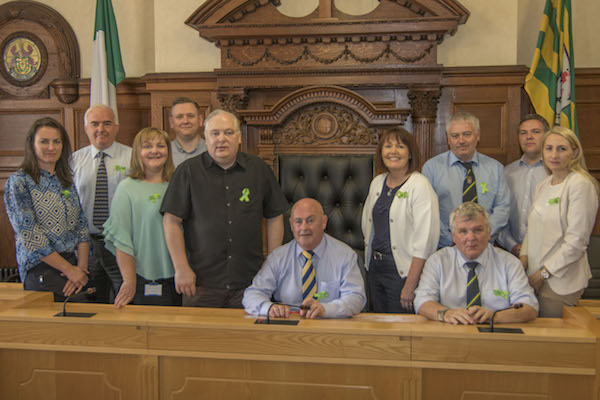 In is opening address Cllr. McGowan thanked his fellow councillors for electing him as Chair and also thanked the outgoing Chair Cllr. Martin Harley.

Cllr McGowan noted that both the elected members and the staff of the Stranorlar MD work together as a team and that a number of positive initiatives have been progressed including the recently launched East Donegal Tourism Initiative.

He also highlighted priorities going forward including delivering on the East Donegal Tourism Initiative that would see the potential of the River Finn being realised as well as face to face meetings with relevant Government Ministers on addressing the flooding issues of the Municipal District.

He also highlighted other priorities facing the Municipal District including the Ballybofey/Stranorlar Bypass, the Main Street in Ballybofey, Lifford streets and proposals for Greenways.

He thanked the media for their ongoing support and reporting on progress made in the Stranorlar Municipal District.

The elected members and staff joined the new Chair in supporting the Green Ribbon initiative which aims to promote positive mental health and remove the stigma associated with mental illness.