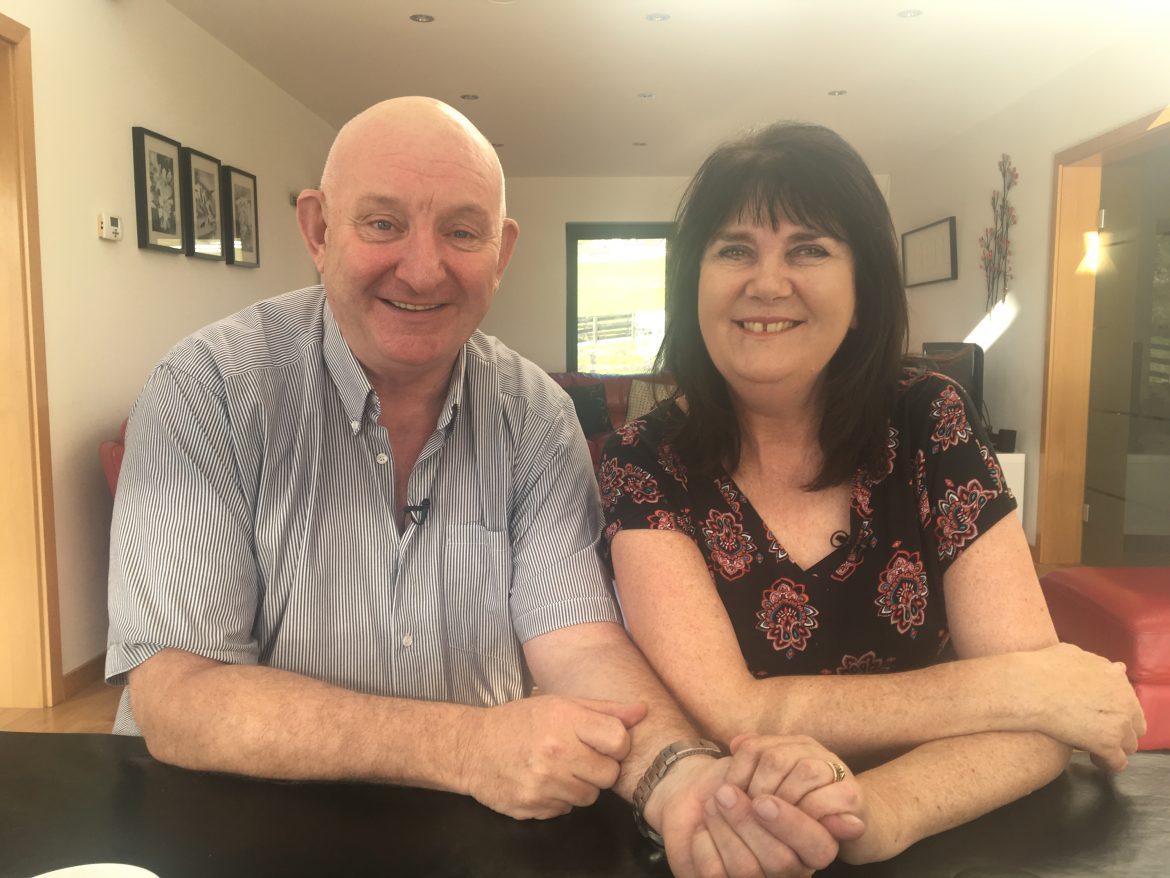 written by Rachel McLaughlin May 29, 2018
Facebook0Tweet0LinkedIn0Print0

Owen and Mary Doyle are looking forward to their big TV appearance after hosting Daniel and Majella O’Donnell on their B&B Road Trip.

Donegal singer Daniel and his wife Majella spent a night at On the Rocks B&B in Greencastle as part of their nationwide adventures for RTE.

It was an exciting and nervous time for hosts Mary and Owen Doyle, as they revealed to Donegal Daily.

“We were delighted to have been chosen from those that applied, but somewhat apprehensive about the filming of the program and what that might entail,” Mary said.

They recalled how the happy-go-lucky O’Donnells put everyone at ease when they visited Greencastle in March.

“Both Daniel and Majella were lovely people to meet, they were down to earth, kind, and made the hosts feel at ease with the whole process,” said the Doyles. 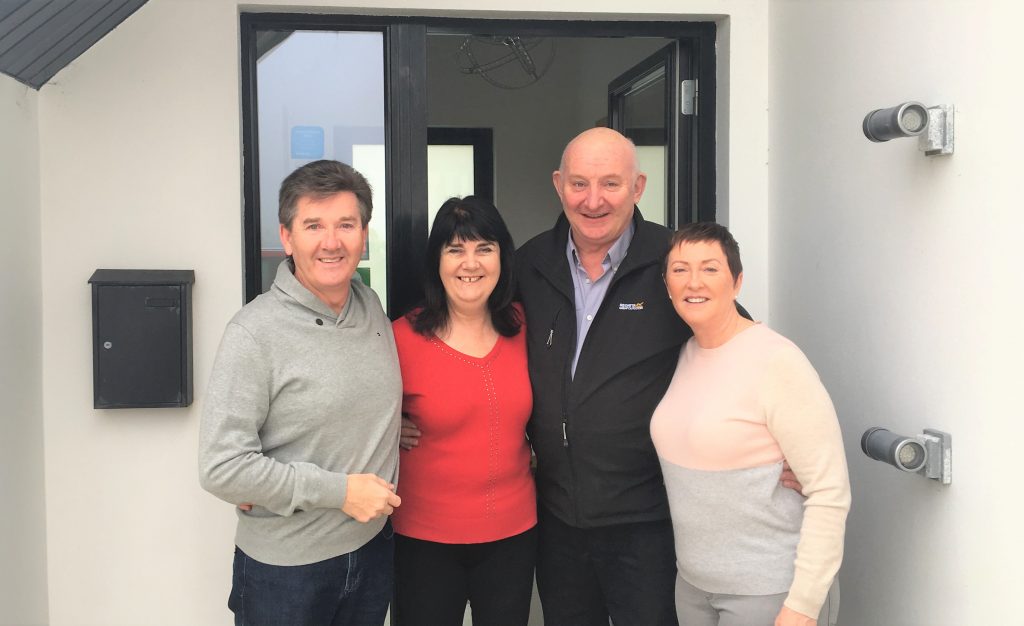 Daniel O’Donnell, Mary and Owen Doyle, and Majella O’Donnell at On the Rocks B&B, Greencastle

“When the filming was over Daniel got a Chinese take away, and Daniel and Majella had dinner with our whole family, which was relaxing and fun for a few hours after the film crew had departed.”

The format of the TV show sees Daniel and Majella embarking on new experiences during their trips. In Donegal, they took off on a motorbike trip around Greencastle Shrove.

“A group of 14 bikes were involved on the trip and Daniel spoke with all the bikers and even sang a song to one of the bikers mothers into a phone, as it was Mother’s Day,” Mary said.

Daredevil Daniel then experienced his home county from a completely different angle, as he took on a 25m abseil at Culdaff! 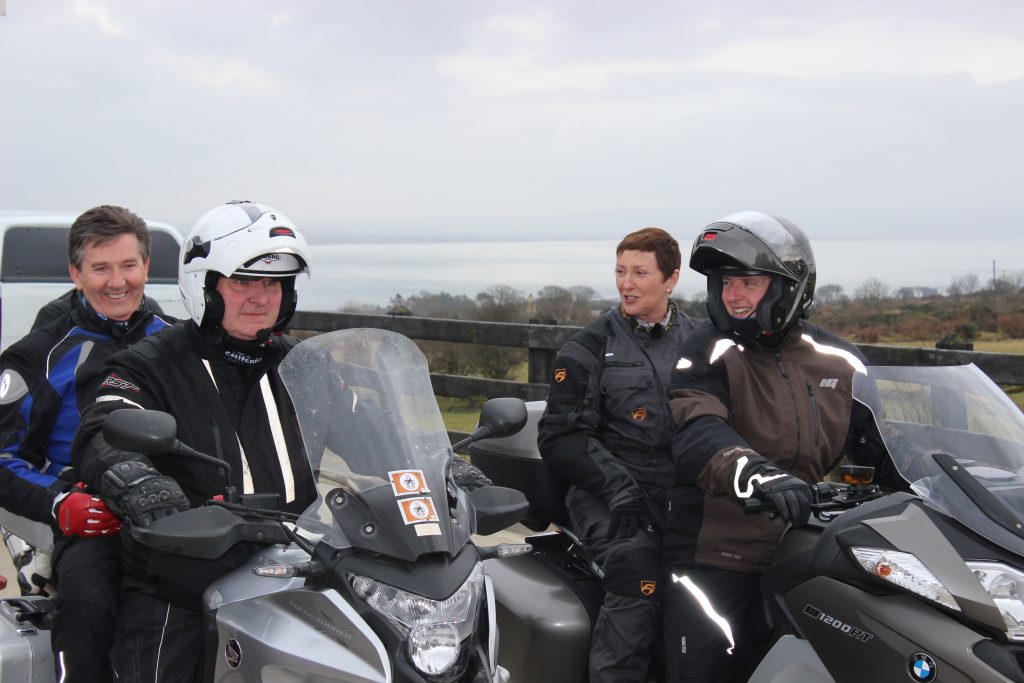 Mary and Owen commenced their B&B business in 2013, and pride themselves on maintaining a modern eco house with panoramic views of Lough Foyle. On the Rocks won a prestigious Top 10 place in TripAdvisor Traveller’s Choice Awards for Irish B&Bs in 2018 and placed 12th in 2016. 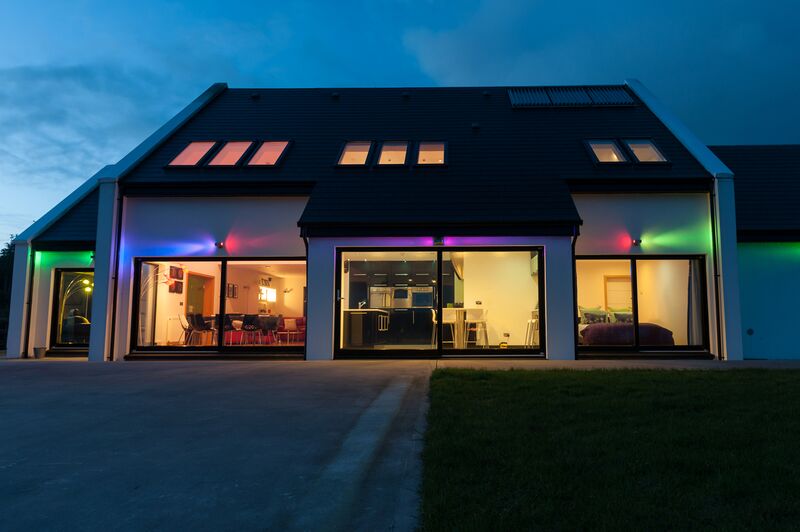 On the Rocks B&B Greencastle

Daniel and Majella were sure to feel at home in the B&B’s contemporary surroundings, which are similar to their newly renovated Kincasslagh home following their huge Room to Improve project.

“They told us that they had enjoyed their stay and as our house is a modern design they felt that we had something in common,” Mary said.

The Donegal-focused episode of Daniel and Majella’s B&B Road Trip will air on June 5th, which will also see the couple exploring Co. Fermanagh. 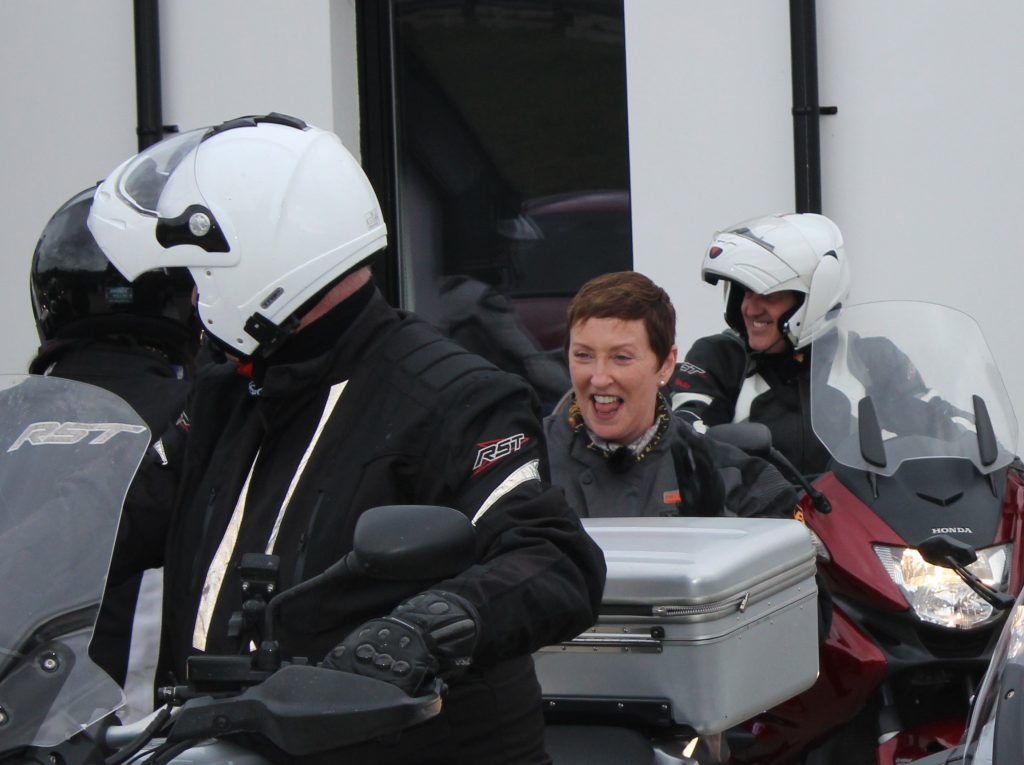 The Doyle’s were delighted that they could showcase the best of their home area on the programme, which was greatly enjoyed by Daniel and Majella.

Mary said: “They did say they liked the area and remarked as to how varied a place Donegal actually was and the diversity of the landscape within the County being different, especially in Inishowen.”

Tune in to RTE One on Tuesday, 5th June, at 8.30pm to catch this episode of Daniel and Majella’s B&B Road Trip.