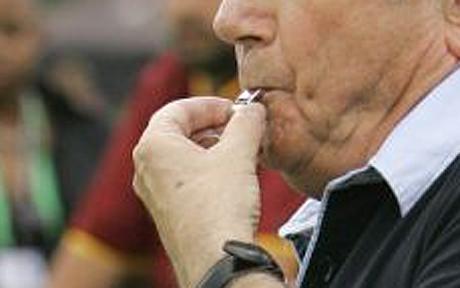 A shortage of referees is causing ‘difficulties’ within the Donegal Junior League, it has emerged.

At a low-key AGM of the Donegal League last night at the Diamond Park in Ballayre, League secretary Jimmy Haughey outlined his concerns.

“A shortage of referees at times during the season caused difficulties. It is now very urgent that new referees are recruited and trained,” Mr Haughey said in his annual address.

“We aim to assist the local branch of the ISRS in this goal. We acknowledge the role of the referee’s branch in the Donegal League because without their input, no organised soccer leagues could be played.”

Mick Lagan from the Donegal Branch of the Irish Soccer Referees Society said there were challenges because of a lack of bodies within the branch.

“Our number is ageing rapidly,” he said. “We are looking for younger members. We have 55 referees at the moment, but only 30 are participating in the Donegal League. Most of the recent new recruits are in the Schoolboys League and it doesn’t suit them to go to the Donegal League.”

The Donegal League in the 2017/18 season comprised 51 teams from 38 clubs and all bar three – Copany, Drumoghill and Erne – were present when the roll was called at the AGM.

There were a total of 580 games played across the Donegal League in the League and Cup competitions this season. In those games, there were 1,287 bookings and 81 sendings off. 83 players were suspended having accumulated four bookings with just two players accumulating eight cautions over the season.

Mr Haughey noted his regret at Eany Celtic’s withdrawal during the season but expressed the hope that they would return to the fold at some point in the future.

The executive committee remains unchanged with all officers returned unopposed.