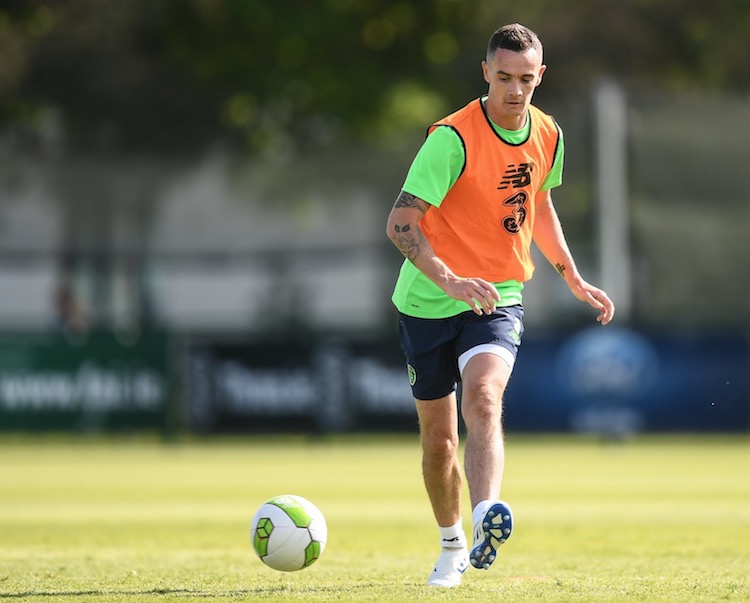 Didier Deschamps’ France were excellent and full value for a 2-0 win against an inexperienced Ireland, who were captained by Seamus Coleman.

Goals by Olivier Giroud and Nabil Fekir sealed the win for France.

Derrick Williams started in the Ireland team for his debut and Williams came off the bench to make his bow. Shamrock Rovers’ Graham Burke became the first League of Ireland player in 11 years to be capped as he came on for Callum O’Dowda 20 minutes from the end.

31-year-old Williams played for Harps in 2008 when Paul Hegarty recruited him on loan from Drogheda United.

Williams subsequently signed for Sporting Fingal and joined MK Dons in 2011. He has been with Millwall since January 2014. This season, he scored twice in 40 appearances for Millwall.