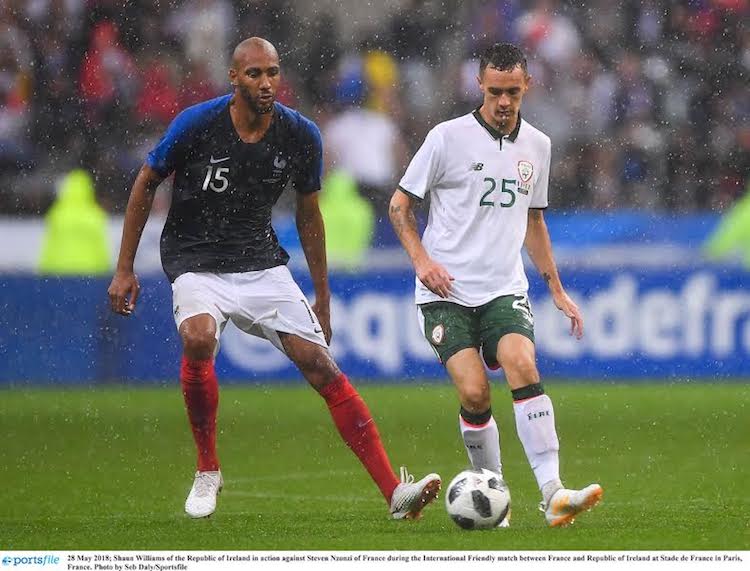 written by Chris McNulty May 29, 2018
FacebookTweetLinkedInPrint

Shaun Williams has left the Republic of Ireland camp ahead of Saturday’s friendly against United States – but he has a good excuse.

The former Finn Harps player, who made his senior international debut last night against France, has left to prepare for his wedding!

Williams came on for Kevin Long in the 79th minute of last night’s 2-0 defeat to France in Paris, where goals by Olivier Giroud and Nabil Fekier were the difference.

Williams played for Harps in 2008 and now lines out for Millwall.

Midfielder Jeff Hendrick is due to be assessed by FAI medical staff on a lower back problem and veteran defender John O’Shea will report in this week ahead of his final game for Ireland.