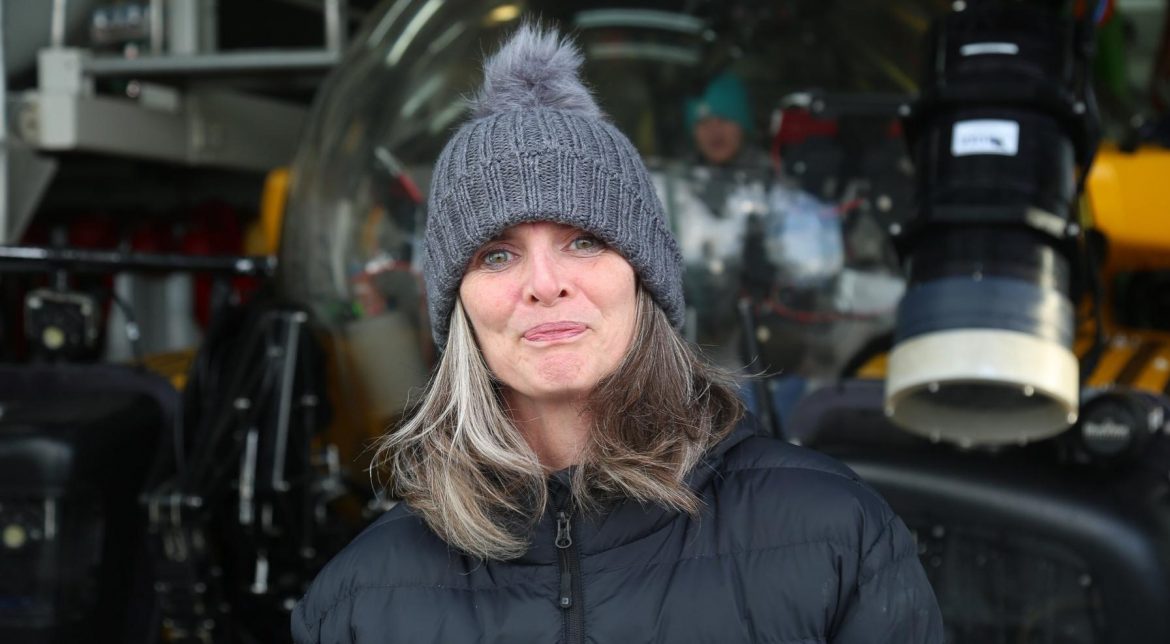 TV producer and scientist Orla Doherty, who has roots in Donegal, has earned a place on the Vogue 25 list of women shaping 2018.

The ‘Blue Planet’ producer has achieved power and influence through her work on the BBC environmental series narrated by David Attenborough. As part of the production team, Orla has spent 500 hours at depths of 1,000 metres in three oceans for The Deep episode and filmed scientists at the frontline of ocean discoveries from Indonesia to the Arctic Circle for Our Blue Planet.

The Vogue list has commended Orla’s ‘soft power’ to change the world, particularly in the final ‘Our Blue Planet‘ episode that has influenced monumental changes in the way we look at plastic.

“On a Sunday night, as more than 10 million people watched the finale of the BBC’s Blue Planet II, an alarming picture emerged of the sheer scale of damage that plastic was causing to our oceans.

“The episode – produced by Doherty, a specialist in deep-sea filming – had an instant effect on public consciousness. With campaigns for reusable coffee cups and against plastic straws, she and her team are shifting our behaviour.”

With family origins from the Donegal coast, Orla has said the sea is in her DNA. Before joining Blue Planet II in 2013, Orla had spent ten years at sea studying the coral reefs of the Pacific Ocean. Her experience in producing BBC and Channel 4 shows combined with her science background led her to join the ground-breaking team of Blue Planet.

Since then, Orla has spent 500 hours at depths of 1,000 metres in three oceans as Producer of The Deep and filmed scientists at the frontline of ocean discoveries from Indonesia to the Arctic Circle for Our Blue Planet.

Another leading Irish woman on the Vogue 25 list is Sinead Burke. The writer and academic is famed for her TED talk on ‘Why design should include everyone’.

Sinead was born with achondroplasia, a genetic bone growth disorder. She is a 3ft 5in activist who is challenging the fashion world to cater to disabled people.

Donegal producer is named among world’s most-influential women was last modified: May 31st, 2018 by Rachel McLaughlin