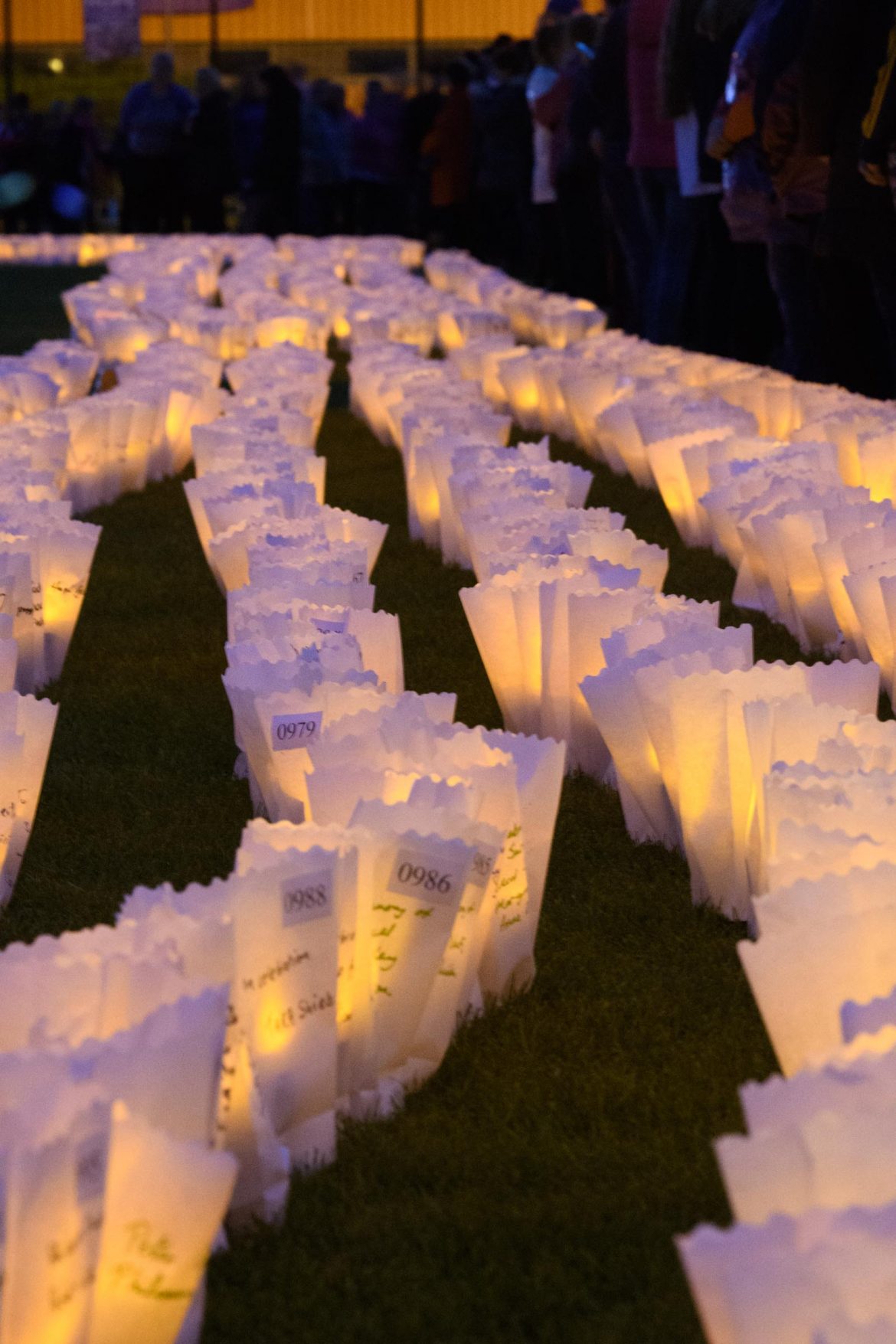 Relay for Life set to draw huge crowds this weekend

Relay for Life Donegal is set to draw huge crowds to the LYIT campus in Letterkenny this weekend as organisers put the finishing touches to the seventh such event in the county.

Fund-raising was continuing today in Letterkenny and if there’s one thing you can bank on, it is that patrons are generous with their contributions to this worthiest of events.

Consequently, the colourful gazebo outside the Ulster Bank at the Market Square was drawing a steady stream of benefactors ever willing to invest in the Relay initiative.

The bank’s ‘Help For What Matters’ team, fronted by Bernie McIntyre and Cathy Gillespie, were selling raffle tickets during the family fun day event in the build-up to Relay 2018.

Henry Hippo was due to join up for the craic this afternoon and later in the nearby Brewery Bar, five local men were readying themselves for a – ouch! – charity leg wax to add to the fund-raising efforts!

Among them was Ulster Bank Manager, Bernard Doherty, who is set for a razor sharp ending to the day along with his fellow would-be smoothies!

Meanwhile, team ‘Help For What Matters’ will be among forty teams taking part in Relay for Life between Saturday and Sunday.

“I’ve had personal experience of Relay and am delighted to be involved,” says Bernie McIntyre.

“It’s a great community effort and a great way of raising funds and awareness.”
Some of the country’s top musicians,will perform on stage over the two days of Relay including the likes of Mick Flavin and Michael English. Another top performer, Cliona Hagan, will bring musical proceedings to a close on the Sunday evening while the late Joe Dolan’s nephew, Ray Dolan from Mullingar, will pay tribute to his uncle during his set.

Among the local acts taking part are Trevor Loughrey, Seamus McGee, and Glor Tire runner-up, Conor O’Donnell. And many others besides.

For the past few Wednesday nights, the famed Survivors Choir have been wading through the waters of Babylon – a song written by the great Don McLean, who ironically staged a concert in Letterkenny last Sunday night a few hundred metres away from the LYIT – and other classics including Leonard Cohen’s ‘Hallelujah’ and Louis Armstrong’s ‘What a Wonderful World,” as part of their ongoing rehearsals.

And that wonderful world is ensconced in the objectives and celebration that marks Relay for Life Donegal.

Indeed the laughter and banter during rehearsals underlines the fun element involved both in the choir and in Relay itself.

The 24 hour event will be marked with a number of hugely emotional activities, not least of which is the Candle of Hope ceremony as dusk settles on Saturday night and the Survivors Lap.

Two other highlights include the Gospel Hour and the Ecumenical Service on the Sunday morning.

Last year, Relay for Life Donegal raised over 130,000 euro from the event – the money directed to the Irish Cancer Society and a unique research project being undertaken at Letterkenny University Hospital.

This week the committee behind the event have been putting the finishing touches to the mammoth organisation involved while the participating teams have been continuing fund-raising drives.

Relay for Life Donegal commences tomorrow, Saturday, at 5.p.m. at the LYIT campus – get along and support it at some stage over the weekend.