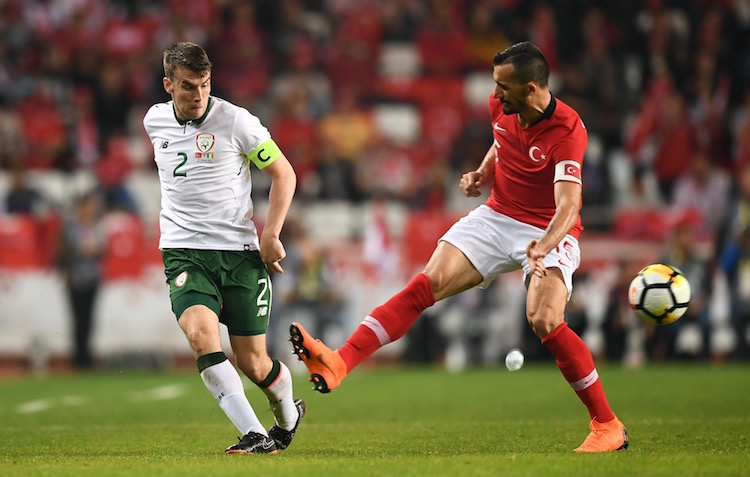 Seamus Coleman has seconded Roy Keane’s call for the Republic of Ireland’s senior players to stand up and be counted.

In the build-up to Monday night’s 2-0 loss to France in Paris, Keane said he was ‘disappointed with the senior players rather than new lads finding their feet.’

“Lads who are new you’ve got to give them a bit of a break. It took me 20-25 games to find my feet at international football.”

“No matter where you look, international or club level, when results aren’t going well you do look, and should look, to the senior pros to lift the standards to make sure everything is done properly,” says the Republic of Ireland captain.

“You can’t be expecting the likes of Seán Maguire or Declan Rice to be dragging us forward, it’s up to us as senior players to do that. I have no problem with that, and to be honest he’s right.”

He said: “What we are more disappointed with, all of us, was our standard on the ball, I thought we were very poor, we gave the ball away, five/six yard passes, not looking for the ball.

“It’s not just always the managers, we are the players on the pitch and in training we can look for the ball and get on the ball. On Saturday we need to do the same, make sure we are brave enough to make them decisions.”