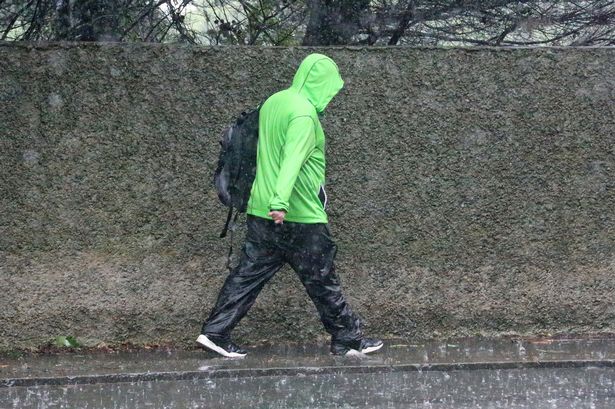 It may look like a lovely day but be sure to have that raincoat or umbrella close by.

Met Eireann has issued a rainfall warning for all of Ireland as the country continues to bask in a mini-heatwave.

Weather chiefs say up to 50mm of rain could fall in a short time as scattered thunderstorms are set to batter the country.

The Status Yellow alert kicks in at midday today and will remain in place until 10pm.

A Met Eireann forecaster revealed: “High intensity rainfall amounts in scattered thunderstorms during Friday, leading to spot flooding. As much as 50mm possible in a short time.”

Temperatures are set to soar to 27C today, as the heat starts to break with rain and thunder on the way later.

Met Eireann’s weather charts reveal that the southwest of Ireland will enjoy the best of the temperatures at 27C with the north east hitting 26C at peak times.

It’s not bad here in Donegal now but we could be running for cover later in the day.