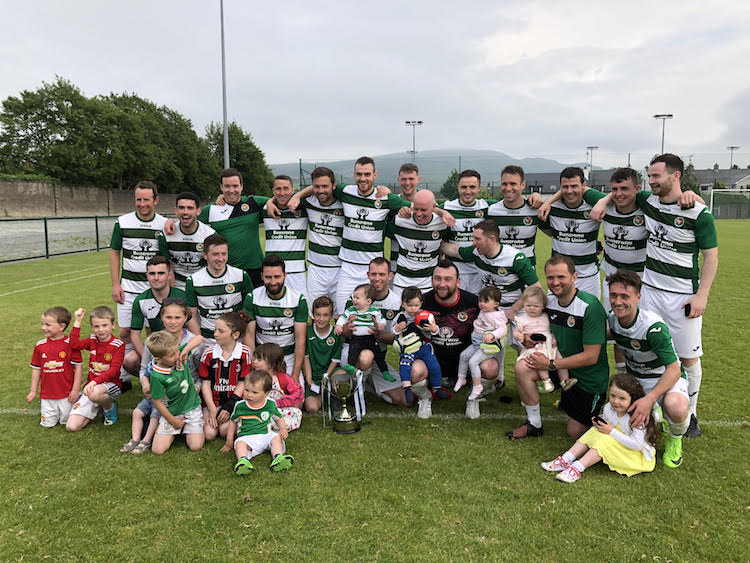 Toland scored twice and helped make the other during a 23-minute appearance as Cockhill popped the champagne corks at Maginn Park.

The decisive breakthrough arrived on 71 minutes when Toland – who was on the field for just four minutes – broke away and lofted beyond the advancing Rory Kelly.

Rovers were incensed, claiming that Toland had backed into Ryan McConnell before surging clear, but referee Packie Coll allowed play to continue.

Toland had a big involvement in Cockhill’s second goal. The Ramelton man won a free and when Gerry Gill’s set-piece wasn’t dealt with, the ball fell invitingly to Malachy McDermott and the former FAI Intermediate Player of the Year unleashed a stunning strike that sailed past Kelly to the top corner.

Toland added the coup de grace two minutes from the end as Toland, who had missed out on a place in the starting XI due to a shoulder injury, raced away on a break and tucked home to seal the deal.

Rovers’ misery was completed when David Shovlin was sent off in the final minute for a second bookable offence, but the Cathedral Town side did get a consolation when sub Odhran McMacken tapped to an empty net.

Just after McDermott’s second, Rovers had the ball in the net as Cillian Morrison got ahead of Cockhill player-manager Gavin Cullen to apply the finish, but the goal was disallowed for a foul on the goalkeeper.

Rovers might have pulled one back when a Paul McVeigh header was hacked away by Gerry Gill.

The first half was a period of few chances, but it took a brilliant save from Rovers ‘keeper Kelly to keep the stalemate intact.

Kelly had to be at his best to turn over the crossbar from a thundering header by McDermott after he connected with a Gerry Gill corner.

Just before the break, Cullen denied Luke Nelis, who was fed by a Declan Sharkey pass. Nelis’s first touch was perfect, but his second let him down and the angles had narrowed considerably in Cullen’s favour by the time the midfielder got his shot away. 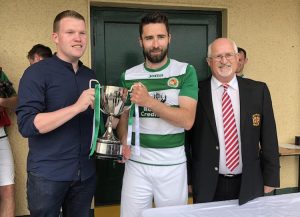 Rovers, too, had Chris Malseed and Ryan Lonergan unavailable because of holiday, with Ryan Gildea available only to begin as a substitute.

Seven minuets after the break, Kelly turned over again, this time as Peter Doherty managed to head a Gill cross goalward.

Kevin McGrath should have worked Cullen better when presented with a chance, but steered his effort into the midriff of the Cockhill net minder.

Kelly was warmed by Mark Moran before Steve Okakpo-Emeka almost had an instant impact off the Rovers bench, but he was just unable to connect to a Cillian Morrison cross.

Rovers also had the upper hand in the Knockalla Caravans Senior Cup final between the sides last month and Eamonn McConigley’s men were bidding to end Cockhill’s sequence of five League and League Cup doubles in a row.

But it was Cockhill who did the business – and the two sides now go again on Wednesday with the title on the line.