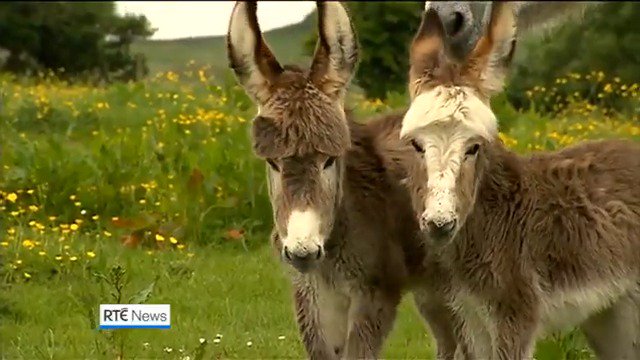 A Donegal farmer has said he has won the lotto after the birth of twin donkeys on his farm.

Twin births are rare and farmer Philip Timoney, from Drumholme, is thrilled with the double arrival.

He has been a farmer for 45 years.

Only 1.5% of mares have twins and few survive these births, according to statistics.

Philip told RTE’s Eileen Magner “Oh, there was great excitement here yesterday. We couldn’t believe it. There’s other donkeys in the field so we thought maybe it was one of theirs, but we had seen the two [twins] following the one mare.

And he added “I couldn’t tell you what it means to me, it means a lot to me… I’ve been very fond of donkeys over the years. I’ve had loads of donkeys, actually.”