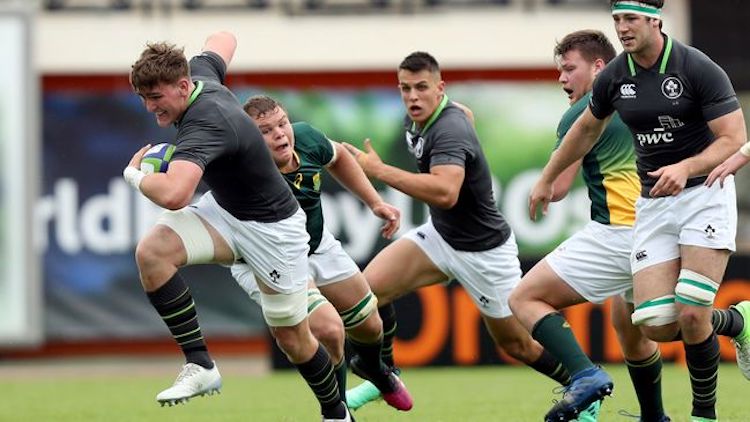 There was disappointment for Letterkenny’s Joe Dunleavy and the Ireland U20s this afternoon in Narbonne as they lost out to South Africa in the World Rugby U20 Championship.

Flanker Dunleavy played 53 minutes of the game having scored a try in Wednesday’s loss to France.

The explosive Golden Lions centre Simelane turned match winner for the Junior ‘Boks with tries after 51, 57 and 76 minutes, wrestling back control of what had been a closely-fought encounter up to that point.

Converted tries from captain Caelan Doris and Michael Silvester either side of half-time had Ireland leading 17-12, an impressive recovery given South Africa had stolen a march with Zak Burger’s charge-down try after just 26 seconds and a second score from Muller du Plessis.

However, the injury-enforced absence of some key players was keenly felt when the South African forwards got on top during the final half-an-hour, and Simelane’s trio of scores, coupled with a Gianni Lombard penalty, consigned Noel McNamara’s youngsters to back-to-back defeats.

Disappointment for Joe Dunleavy and Ireland with defeat in World U20 Championships was last modified: June 3rd, 2018 by Chris McNulty