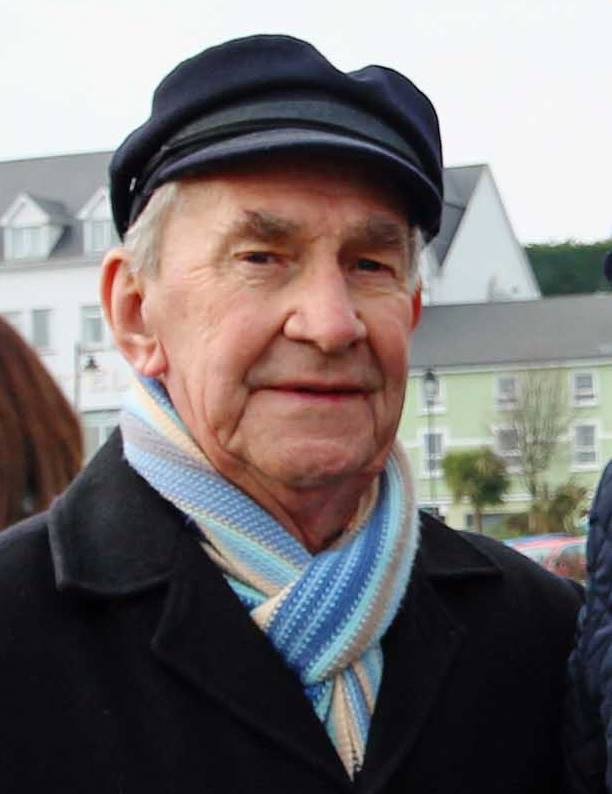 There is sadness in Killybegs and around the country today at the death of one of the giants of the fishing industry Joey Murrin.

Joey was 82 and died peacefully at Killybegs Community Hospital. He is survived by his wife Betty and five children.

Joey began his life in the fishing industry as a deckhand but went on to lead some of the country’s most powerful organisations – serving as CEO of the Killybegs Fishermen’s Organisation for 22 years.

Joey (pictured by the Marine Times) retired from the KFO in 2000 but continued to offer his guidance and support to both the KFO and others.

The CEO of the Killybegs Fishermen’s Organisation has paid tribute to his predecessor describing the late Joey Murrin as a man who had an innate and forensic knowledge of the fishing industry and an ability of conveying very complex issues in simple understandable terms for a general audience.

Expressing deepest sympathy on the part of the KFO, Seán O’Donoghue remarked that Joey Murrin was a giant of the Irish fisheries sector.

He said “He was a founding member of the KFO and before that with the Killybegs Fishermen’s Association, served as CEO of the KFO for more than 22 years. In that time, he left a very healthy legacy in fighting the corner of the sector on a local, regional, national and European platform using every opportunity to improve the lot of his members and the wider industry. He also served as Board member and Chairman of BIM and as a Board member of the Marine Institute as well as on numerous Governments committees and task forces.

“His passing leaves a great void but he can genuinely be proud of what he achieved and his understanding of the challenges facing the sector was deep-rooted and could be matched by few, if any. He was widely known and for many years was recognisable face of the Irish Fishing Industry.

“Born and bred in Killybegs, fishing was in his DNA and when I began in this role succeeding Joey in the year 2000, he was a tremendous source of good counsel and sage advice.

“His loss will be sorely felt and I wish to offer my deepest sympathy to his wife, Betty, his children Eilish, Malachy, Edel, Joseph and Alan but we are all the better for having had the benefit of his sharp intellect, irrepressible drive and far-reaching vision. Go ndéana Dia trócaire ar a anam uasal.”