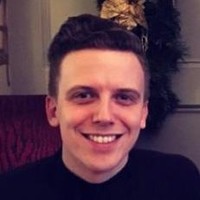 AN EDITOR at the London Independent has suggested women in Derry will be able to have abortions in Letterkenny to get around a DUP-enforced ban in the North.

Ben Kelly, Deputy Social Media Editor at the UK newspaper group, used his column to say the Republic’s referendum result showed up the intransigence of the North’s largest unionist party.

“While Arlene Foster claimed Friday’s vote has “no impact” on Northern Ireland, the cat is out of the bag, and things are changed utterly. The island is changing without distinction to the border,” says Kelly, a native of Derry and former student at Lumen Christi in the city.

“Women facing crisis pregnancies in Newry will now surely drive south to Dundalk, and those in Derry can head to Letterkenny where their needs can be met. Can the DUP really turn a blind eye?
Now it is clear. Marriage equality and abortion rights are the law of the land in the rest of Britain and Ireland. Polls show people in Northern Ireland are largely in favour of reform too, with 76% in favour of marriage equality, while only 29% now oppose reforming the law on abortion.

“The DUP are clinging on to their hold over social issues, but their fingers are slipping. The only real border that exists in Ireland is the one they have drawn around themselves.”

Kelly adds: “Northern Ireland will refuse to be turned into a backwater simply because some unionists are terrified of a united Ireland which would give equality for all. The world is now watching, and the rest of us will continue to fight until we get the rights we deserve.”

‘Women from Derry can go to Letterkenny for an abortion’ says Editor in DUP attack was last modified: May 31st, 2018 by John2
Facebook0Tweet0LinkedIn0Print0
Tags:
abortionDerrydonegalletterkennyreferendum