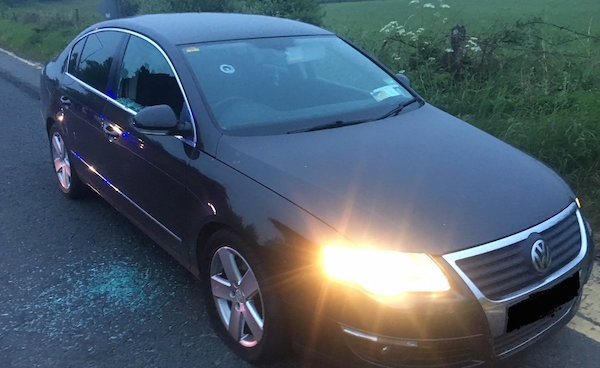 A dramatic Garda chase ended up with officers using a stinger to stop a VW Passat outside Letterkenny at the weekend.

Gardai came across the suspected drink-driver on the dual carriageway and a pursuit ensued.

The suspect refused to stop and rtaveled the wrong way around the Dry Arch roundabout reaching speeds of up to 170kph during the pursuit.

He was eventually apprehended after Gardai deployed a stinger device.

The man was charged and appeared at a special siting of Sligo District Court and had his case adjourned to a future date.

A spokesman for the Gardai said there were a number of traffic incidents across Donegal at the weekend.