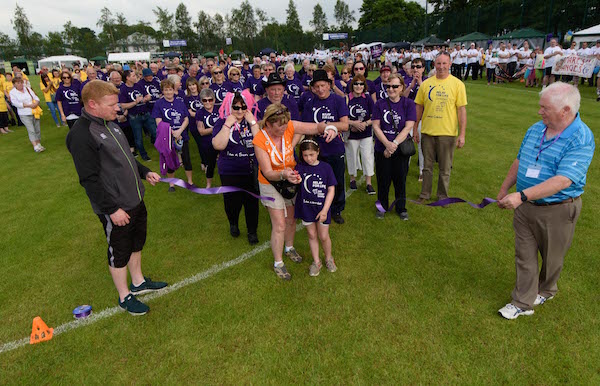 More than €45,000 has been raised by last weekend’s Relay for Life event in Letterkenny.

Dozens of teams from across the county took part in the marathon event at the LYIT.

Lots of funds were also raised before the event even got underway as people across the county held various fundraising events.

One of the highlights of the weekend was the Luminaria event which saw thousands of people converge on the Letterkenny education campus.

As was with other years, those who have lost loved ones to cancer wrote their names on bags which were then illuminated by candles in a touching ceremony.

Among those who entertained the crowds was Clannad star Moya Brennan.

Relay for Life spokesperson Ena Barrett said those who took part in the event were a credit to their families and their community.

All the money raised will be sent directly to the Irish Cancer Society for cancer research.