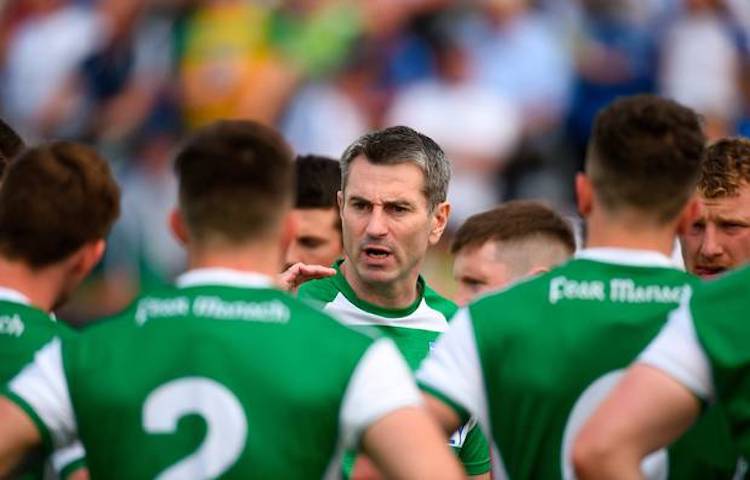 On Sunday, a late Eoin Donnelly goal saw Fermanagh shock Monaghan in the first of the Ulster SFC semi-finals in Omagh. Donnelly punched to the net in stoppage time to seal a 1-8 to 0-10 win and put Fermanagh into their first Ulster final in ten years.

There, they will meet Donegal or Down, who clash in the second semi-final, this Sunday in Clones.

Gallagher was pipped to two Ulster titles during his stint as Donegal manager, losing out in deciders in 2015 and 2016.

But McGuinness, who had Gallagher as his number two for three of his four years as Donegal senior manager, says the Erne can reach the Promised Land.

“Have they the capacity to keep Down or Donegal to 0-10? Yes, because everyone has bought into it and they are defending out of their skins,” McGuinness said in his weekly column in The Irish Times.

“These are the percentages that you have to squeeze when you are a county that has never won a provincial championship. This is not about the best team; it is the about the best system.

“You have to give great credit to Rory Gallagher and Fermanagh. They stuck with the game plan and got a wee bit of luck with the goal that got them over the line but they created all the key moments in that game.

“They will rightly feel that if they can keep the opposition to 0-10 in the Ulster final they will be champions. If they can hit that one target, they have a very good chance.

“They attacked through the middle a lot in the second half and that pulled Monaghan men in and more by luck than design, Monaghan therefore had men to cause congestion in the middle.”

Fermanagh’s style and system came in for sharp criticism on Sunday, but McGuinness – often derided in the media himself for the style he brought to Donegal – has come out in defence of Fermanagh’s set-up.

He wrote: “Rory Gallagher was a very creative attacking player in his days with Fermanagh. People will say it’s ironic that he should be championing this highly defensive system now as a manager. I don’t think it is ironic at all because in his playing years, Fermanagh never won an Ulster title. And as a manager, I imagine he is at the stage where he doesn’t give a curse about what critics think of his team.

“He wants Fermanagh in the winners’ enclosure in Clones on Ulster final day. Fermanagh, like Dublin and any other team, just want their day in the sun. And Rory Gallagher is giving them their very best shot.”