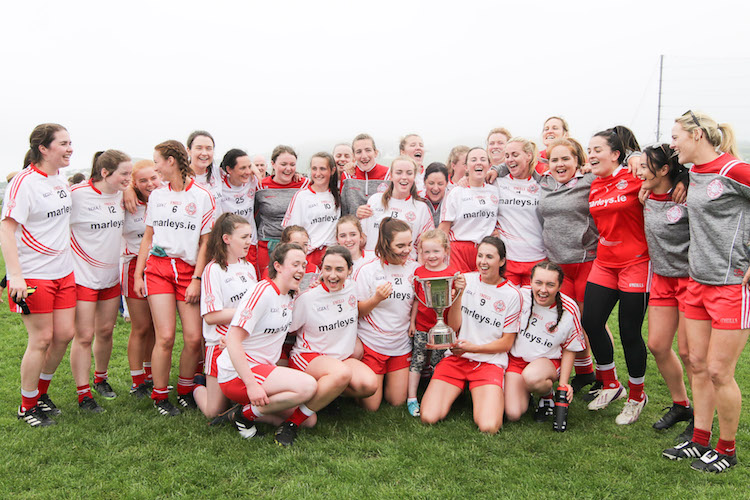 Glenfin overcame Maigh Cuillin in the senior final in Downings 7-10 to 3-9 and captain Houston was quick to remember the late Francie Ward, one of their biggest supporters, who died last month.

Francie, from Boltifree in Cloghan, had been in Downings to watch Glenfin win the county Comortas Peile na Gaeltachta title on the May Bank Holiday weekend, but he died suddenly late that following week.

The Ward family is stepped in the traditions of the Pairc Taobhoige club and his sons Liam, Seamus, Dermot, Frank and Paddy all wore the red and white with distinction.

“It means an awful lot,” Houston said after Monday’s win.

“Francie Ward died a month ago. He was at the county final and it’s a memory we all have.

“It struck all of us. It was tough. Seeing all the family here, he would have been here. It’s nice to do this.”

Glenfin had a 13-point win in a high-scoring game despite missing four of their county players.

Houston said: “If you have players like Laura McKenna coming off the bench it makes all the difference. In other years, we were just scraping the first 15.

“Everyone is stepping up. Everyone is coming into the own and we’re not relying on any one player now. There is something special about this team this year.”