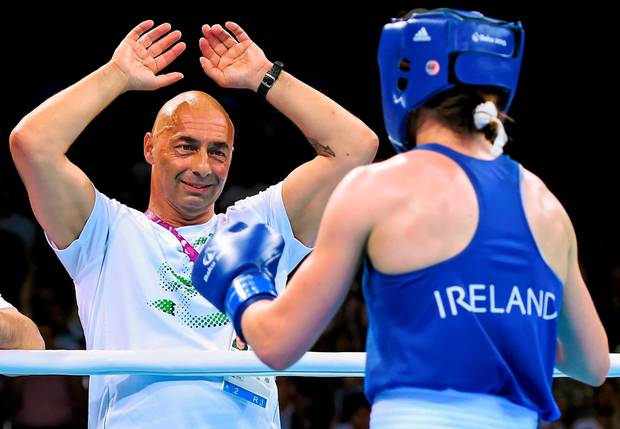 One man has been killed and Katie Taylor’s dad has been injured in a gun attack at a boxing club in Bray, Co Wicklow this morning.

The incident took place at the Bray Boxing Club in The Harbour, Bray, Co Wicklow at about 6.55am when a gunman entered the club and fired a number of shots.

Pete Taylor, father of Irish Olympic hero, Katie. Mr Taylor set up the gym a number of years ago.

HIs condition is not yet known at this stage.